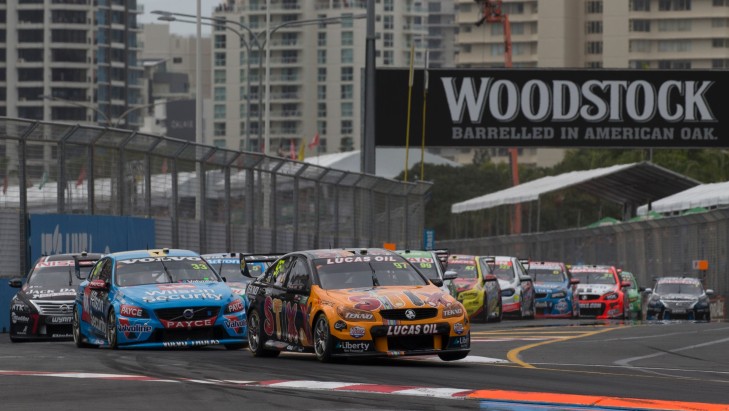 The best V8 Supercars drivers from both sides of the Tasman will be pitted against each other as the 2015 Championship reaches its final thrilling stages.

V8 Supercars fans will be able to get up close and personal to the stars of the sport this week leading to the ITM 500 Auckland.

It starts with the V8 Supercars Fan Day at Aotea Square on Thursday November 5.

The activities from 10am to 3pm at Aotea Square, with all V8 Supercars drivers in a parade in US Muscle Cars travelling from Queens Wharf up Queen St to Aotea Square from 11.40am.

Fans can meet the drivers, get autographs and selfies, and test their skills on the recently released Forza Motorsport 6 Xbox game where lucky gamers will have the chance to pit their console skills against champion drivers. This runs until 1.15pm.

For the first time in V8 Supercars history, New Zealand fans will get the chance to experience the "True Colour Track Walk" at the ITM 500 Auckland at Pukekohe Park Raceway.

Racegoers can take a close view of the cars and get to know the drivers ahead of the 69-lap race on Sunday November 8.

The 45-minute fan track walk will take place from 9.50am on the Sunday for all ticket holders just ahead of the qualifying session of a jam-packed three days of exhilarating motorsport.

The action at the ITM 500 Auckland will begin on Friday November 6 highlighted by the first two V8 Supercars practice sessions.

Two exciting qualifying sessions will be followed by two SuperSprint21-lap races on Saturday November 7 with 20-minute qualifying session and the 69-lap race, complete with tyres and fuel stop, will highlight the final day of action.

Click here for more information on the event and ticketing details.