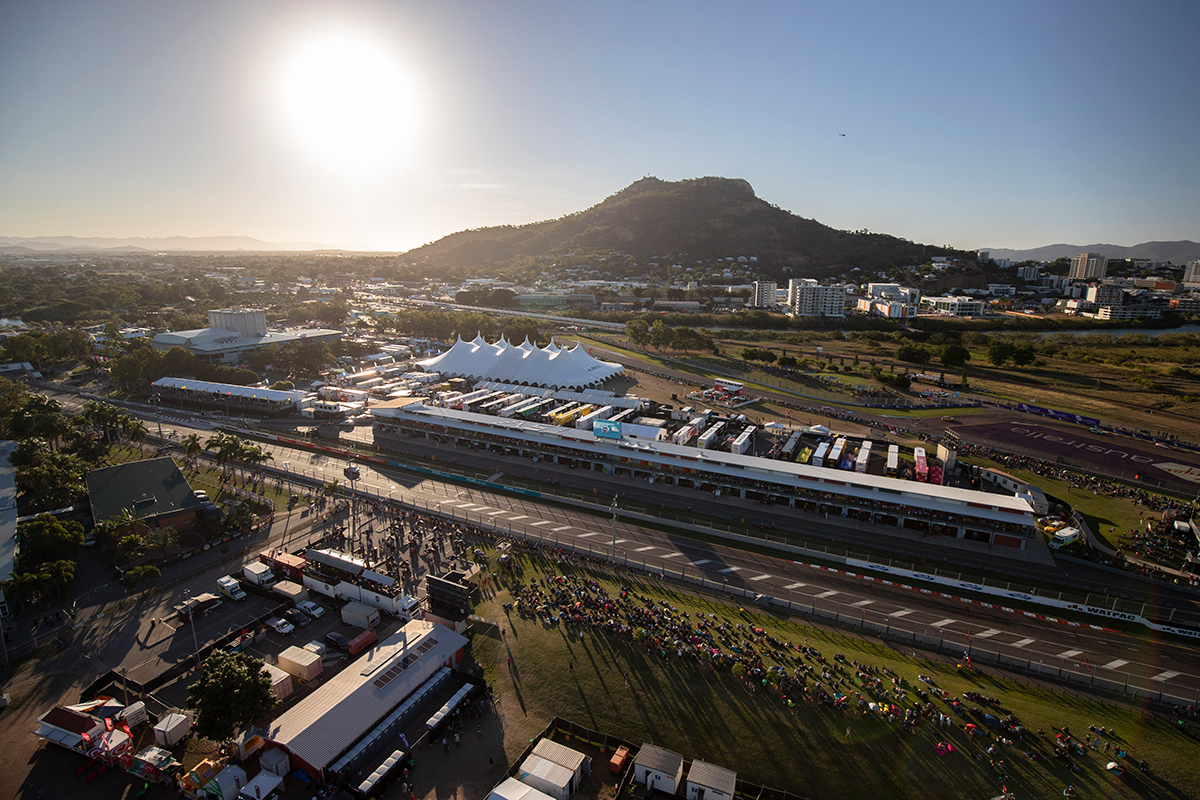 Work has begun on the track build for next month’s 11th edition of the Watpac Townsville 400.

With just 31 days until the Virgin Australia Supercars Championship returns to Reid Park, crews of contractors will begin setting up barricades and 13km of fencing on Tuesday.

"It’s great to be back in the north and work with some familiar faces we have worked with now for over a decade," event manager Sam Pearce said.

"There are many local companies who have been involved in this event since the inaugural year of racing here in 2009.

"This week we will start to secure the event site and then begin constructing grandstands that will offer the best views of the track.

"Over the coming weeks we will construct our corporate facilities, which will house over 3,500 fans from around Australia.

"The final piece of construction will be the Big Top, where Icehouse and Killing Heidi will rock the stage in front of thousands of fans on Saturday 6 July."

"The circuit itself is in great shape," Pearce said.

"We will soon begin using sections of Townsville’s Civic Centre which provides space we need for a number of operations, including our broadcast services which beam the pictures of Townsville around the world."

Earlier this year Watpac extended its support of the event for 2019 after first signing on in '17 as naming rights partner.

As well as three days of action on track, this year’s event will feature performances by Australian rock legends Icehouse and Killing Heidi, on Saturday 6 July.

The concert is free for anyone with a ticket to Saturday’s racing.