The Confederation of Australian Motor Sport, Supercars and Brad Jones Racing are jointly investigating the spectacular pitlane fire at the Watpac Townsville 400.

Nick Percat’s final pitstop in the Sunday race resulted in a significant fuel spill, which ignited when the car was dropped from its jacks to drive away.

The fireball in the BJR pitbox was quickly extinguished by nearby crews, while Percat drove his Holden – also on fire due to the spilt fuel – to the end of pitlane, where it too was doused with extinguishers. 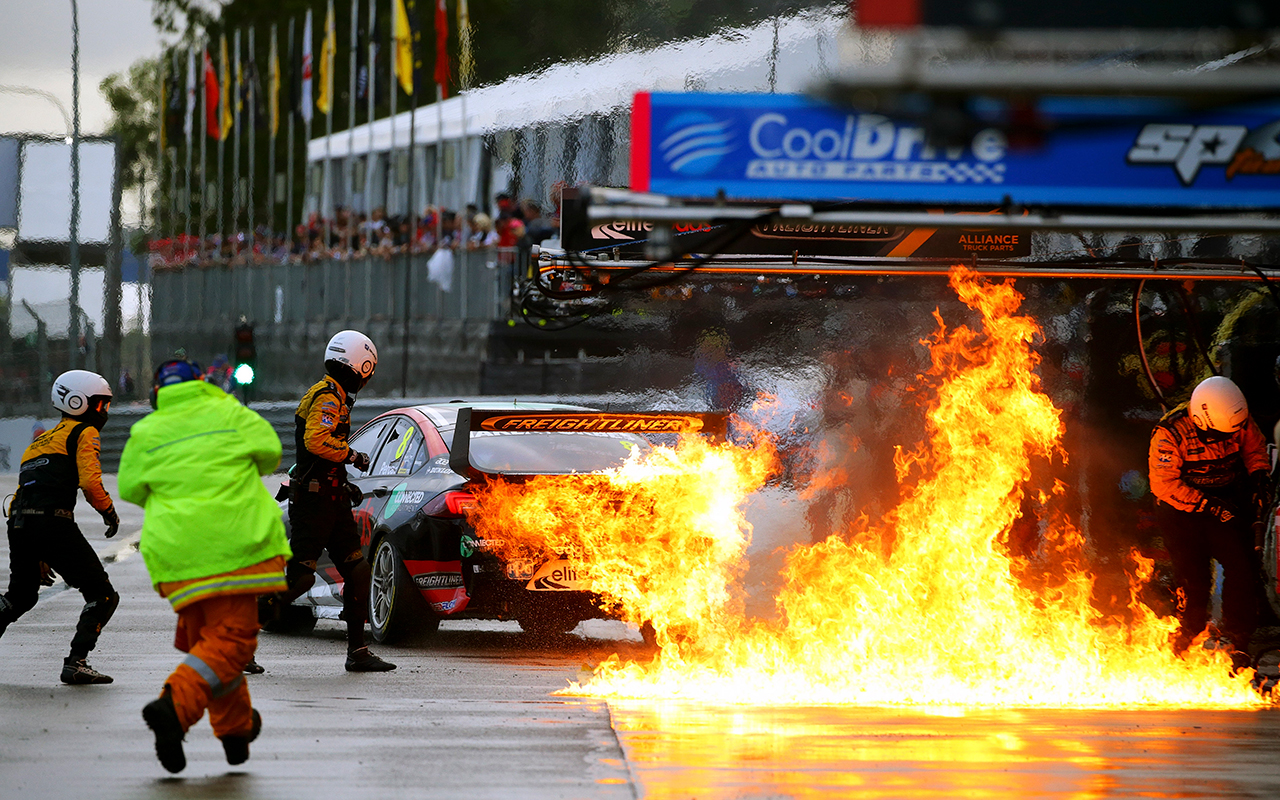 No one was injured in the incident, with Percat climbing back into the car to take the chequered flag under Safety Car in 19th place.

The investigation is being led by Deputy Race Director David Stuart, working alongside Supercars’ technical team and BJR to understand what went wrong.

Television footage appeared to show that fuel had been spilling from the fuel delivery hose before the car had even arrived in the pitbox. 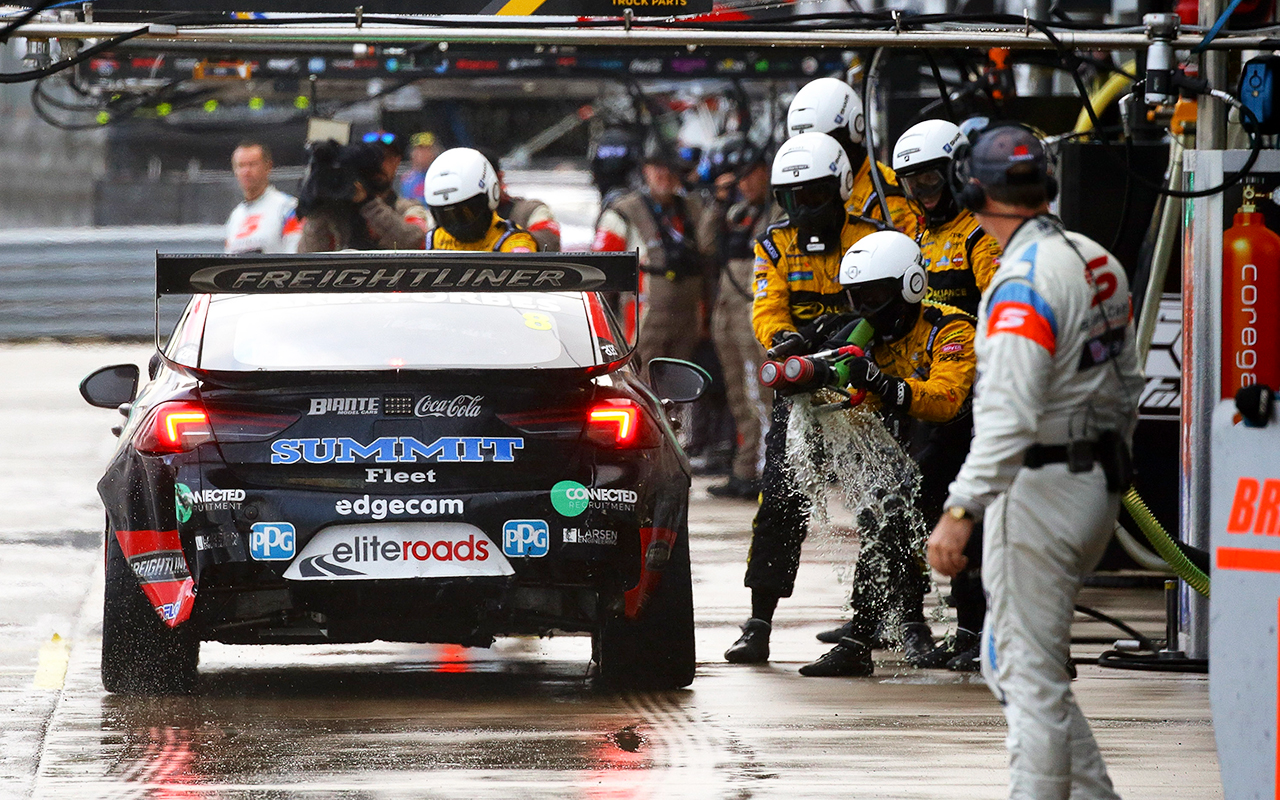 Evidence including the pit equipment used, footage from the broadcast and HawkEye cameras, still photography and interviews undertaken by Stuart on Sunday are all being worked through.

“The inquiry commenced on Sunday and is ongoing,” Stuart confirmed to Supercars.com.

“It’s important to understand that incidents of this nature are extremely rare given the number of races that include a refuelling component.

“We’ve got a lot of evidence to work through as we try and understand why it happened and mitigate the chances of it happening again.” 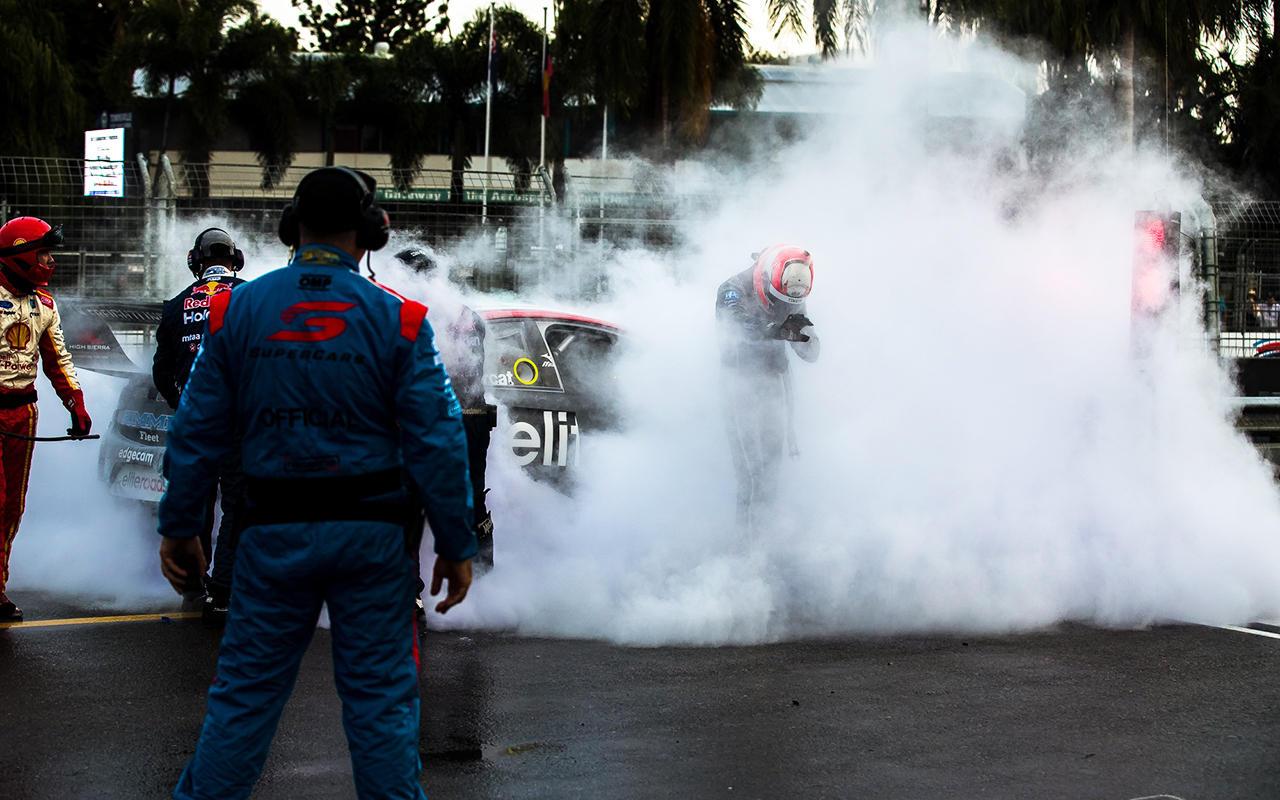 Supercars’ Head of Motorsport Adrian Burgess, who is also helping the investigation, praised the reaction of those in pitlane once the fire had started.

Rival teams helped extinguish the flames in the BJR pitbox and on Percat’s car, working alongside dedicated fire marshals to control the situation.

“The teams and fire marshals reacted in an exemplary fashion,” Burgess told Supercars.com.

“It proved the worth of all the briefings we go through every year in case that sort of situation arises, and the value of the marshals who give their time.

“We saw the camaraderie among the teams as well. It didn’t matter whose car was on fire, everyone was supporting each other.” 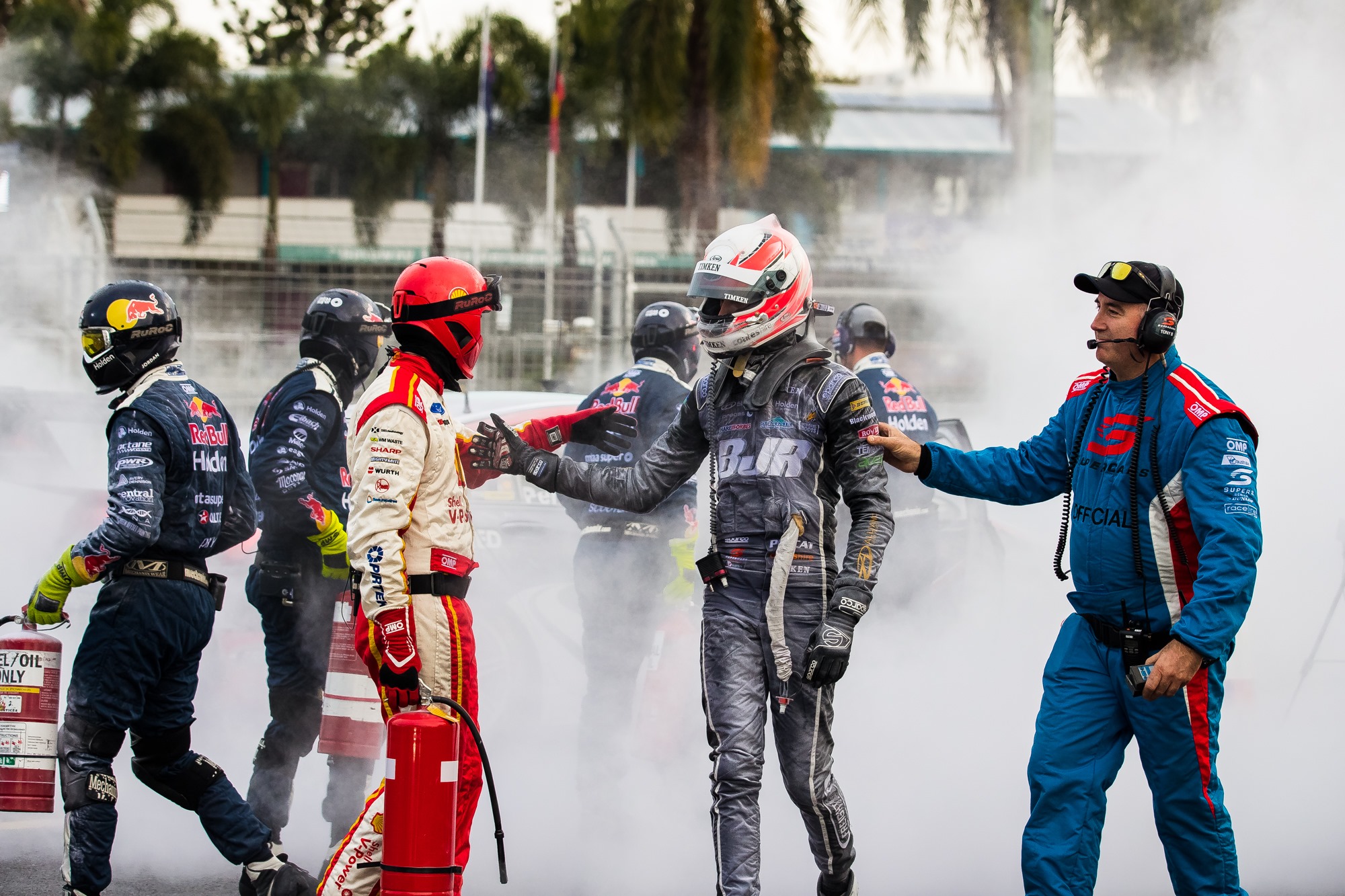 Triple Eight team manager Mark Dutton was one of the first on the scene with an extinguisher when Percat pulled up at pit exit, helping to save the BJR Commodore.

“As funny as it sounds, you like those sort of adrenaline moments and you like being able to help a fellow person in pitlane,” Dutton told Supercars.com.

“It's one of those things that we all have no misconceptions that this is a sport that we do.

“As soon as it's actually 'someone could be hurt', person and property, all the teams will jump to it. There's no team hat on at that stage.

“It should always be like that because that's the way it has to be and there's lots of good people. Taking your competitive hat off, everyone cares about each other.”

The inquiry is expected to be concluded before the next Supercars event, the Century Batteries Ipswich SuperSprint, on July 26-28.