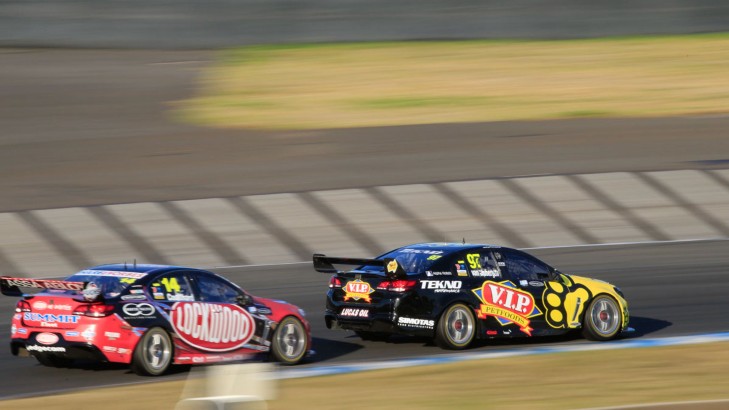 Over both days, Shane van Gisbergen earned the most points, adding 246 to his Championship tally, with Jamie Whincup retaining the lead heading into the Pirtek Enduro Cup.

What did you think were the biggest moments from the weekend? Vote for your favourite from v8supercars.com.au's top five.

The Supercheap Auto Commodore didn't even complete one lapof racing - and went out in spectacular fashion.

The Holden launched into the air,sufferingsuch substantial damage it was retired from the meeting.

You can't say the team didn't have a sense of humour about it though, presenting four wheels for the fan walk on Sunday. 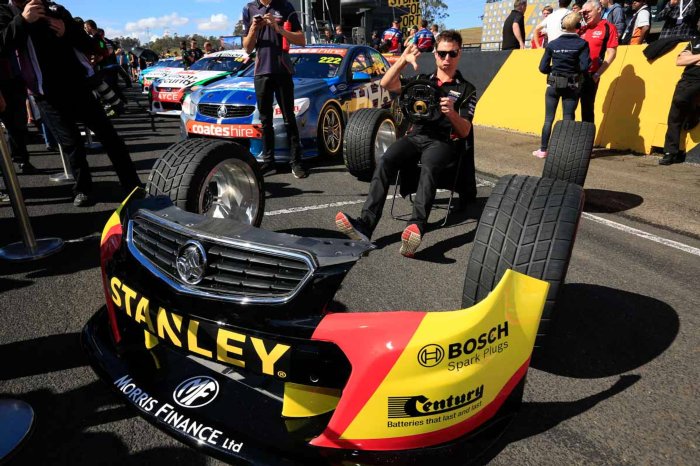 Lap one and there was trouble again on Sunday. Mark Winterbottom gave stablemate David Reynolds a tap, who in turn nudged into Scott Pye, and the Bottle-O and Wilson Security Falcons went flying off the circuit, pummeling into a concrete wall.

Winterbottom was promptly given a pit lane drive through penalty for his part, though the team felt more vision should have been viewed before ending his chances for the race.

FPR has already completed repairs to the #55 Falcon and was ready to test at Winton today.

In terms of Pye's car, DJR is repairing the #16, though the team was considering building up the chassis David Wall crashed in New Zealand. The team won't test before Sandown.

DJR was furious about Winterbottom's part in the incident.

Damage for Winterbottom is just to his points tally, with Jamie Whincup stretching his lead even further. 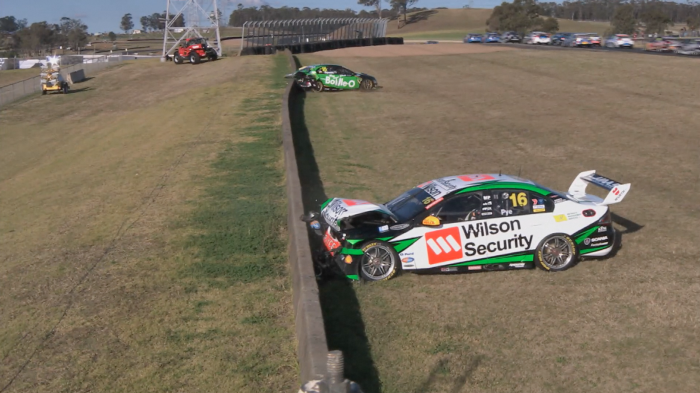 Sunday started off less than perfect for Craig Lowndes, who ran off track and into tyre barriers in the early stage of qualifying, on hard tyres.

The crew could not get the Red Bull Commodore out for the remainder of the session, meaning Lowndes' name continued to slip down the order on the day worth double points.

Team owner Roland Dane was less than impressed. "I think he should have never been in that position, qualifying at the back," Dane told v8supercars.com.au.

"He went too hard on the hard tyre in qualy, when that was never going to be the tyre that set the ultimate time. There was a set of softs waiting for everyone."

However, Lowndes managed to catapult through the field, making up 14 places and eventually finishing ninth.

While he made the biggest improvement on Sunday by far, in Saturday's wet conditions, Garth Tander made up 12 and Jason Bright 11 positions in the first race, while Will Davison made up 13 and Wall 11 in the second. 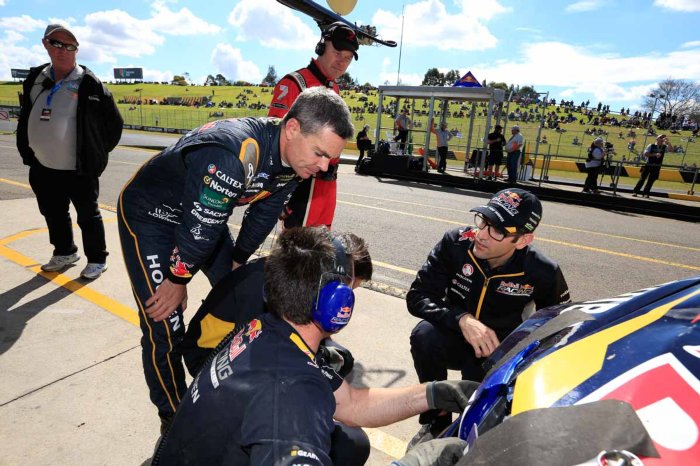 The wet weather produced spectacular racing on the weekend - Shane van Gisbergen, the specialist in those conditions, shone once again and led home Chaz Mostert, who drove from 11th to second, and Championship leader Jamie Whincup.

The three spectacularly slid their V8 Supercars around the track, on the way to the podium in the first wet Championship race in years.

What can be said other than - that's how we roll. 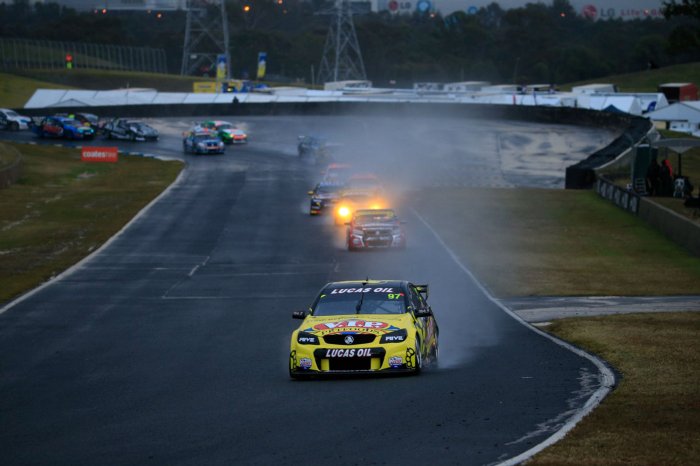 Scott McLaughlin and his Valvoline GRM team put a shocking Saturday behind them to take a stunning win, for the first time in a 200km race.

McLaughlin was emotional getting out of the car, after just holding off charging young gun Nick Percat in the HHA Commodore by 0.3 seconds.

"It was great wasn't it, particularly after we mucked it up so badly on Saturday," Rogers said of the win, when speaking to v8supercars.com.au about tomorrow's test day.

The previous day was a nightmare for the team, with teammate Robert Dahlgren crashing the #34 S60, which had to leave for the Melbourne workshop ASAP for repair work, and McLaughlin's car suffering an engine issue.

The team worked tirelessly to replace the engine for the next race and start from ARMOR ALL Pole Position, on the grid with less than 30 seconds to spare. But a wheel nut had not been tightened, and not only was McLaughlin unable to finish, the team copped a fine for the drama.

But Sunday everything turned around, with a taste of champagne and the last win before the enduros. 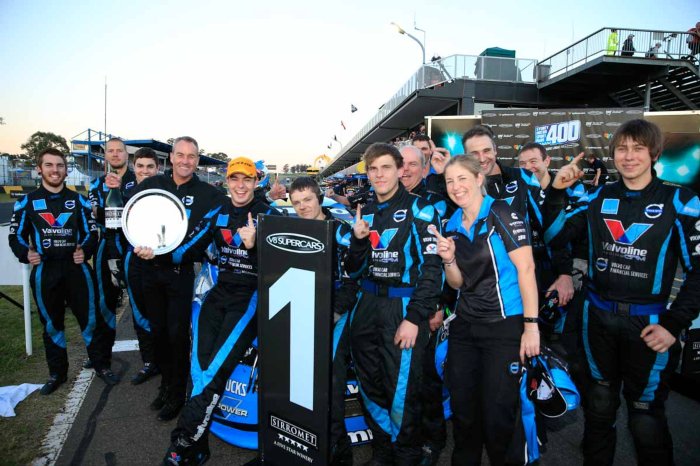 Stay tuned for the next V8 Supercars event, the Wilson Security Sandown 500 from September 12-14 in Victoria. Tickets are available now.