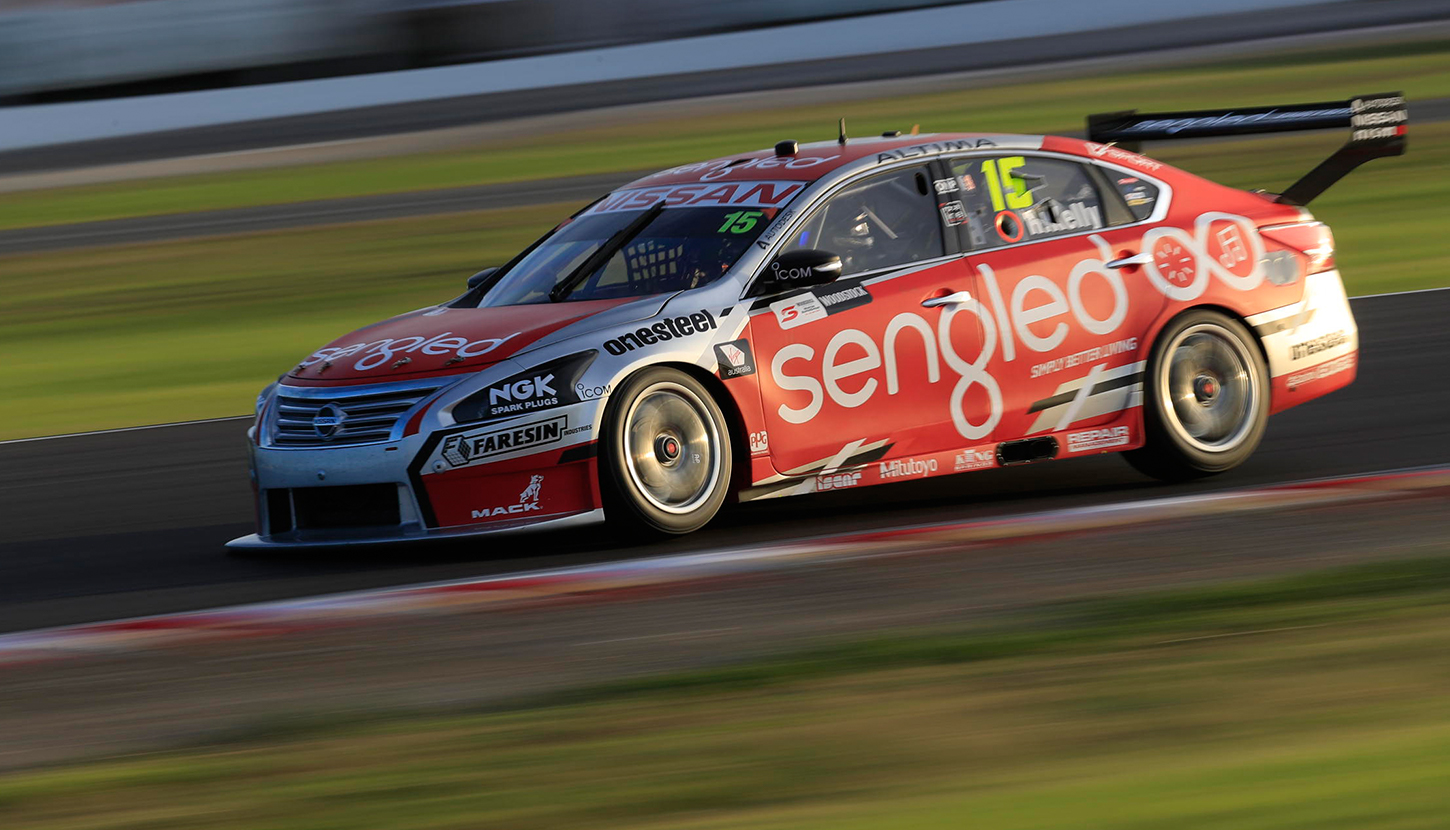 The Nissan Altimas are traditionally strong at Winton, but team boss and Championship winning driver Rick Kelly believes the cars are now capable of finishing in the top five anywhere – as long as the team performs flawlessly.

With so much focus on the close start to the season, and eight winners from nine events this year, Kelly has been slated likely to be one of the next new victors given his recent form.

And he believes the car is capable – as long as everything goes to plan behind the scenes.

“There’s still a little bit to go, but generally everywhere we go now if we do a good job we can be in that top five,” Kelly said.

“This weekend’s no different – but as we’ve seen how close it is, if we just do an average job, we’ll be shot out of the top 20, if you like.

“So we need to be careful not to think too much about that.”

The Nissan pilot and two-time Bathurst winner does not want to put pressure on himself to perform, having recorded a number of podium finishes in the Altima last year but not yet cracking a win.
“We’ll worry about the process of getting ourselves up the front – if we get a good result, we’ll worry about that next week,” he said.

“But certainly we don’t want to think too much and put too much expectation on us at this stage because, like I say, one slight hiccup and we can be well and truly up the back.”

Kelly suffered costly clutch issues in practice one this afternoon, but was still able to record the second fastest time in the session, which was the fourth fastest time overall for the day.

“A little bit disappointed – we basically missed the whole session,” he said.

“I know we went out there, but we had a clutch drama the whole time and decided to pull the pin about a quarter of a way through.

“We did miss some valuable track time in a very important part of the day there so it’s not good… the good thing is we had a test day here a couple of weeks ago, so we’ve done a lot of tuning we can learn from the other three cars in the middle part of the day that’s going to be all so critical.”

Kelly explained he thought the drama was his fault, at first.

“The clutch was actually sticking down – initially and I thought it was just me driving like a donkey!

“Under brakes it would keep compression locking and firing the clutch out and having me on the grass by the apex. So it wasn’t ideal, but it’s brand new again now, just a slight installation issue and we’ll be fine for tomorrow.”

Kelly racks up a major milestone this weekend, running his 200th Supercars event start at the Woodstock Winton SuperSprint. He and Todd Kelly become the first brothers to have each competed in 200 Supercars events.