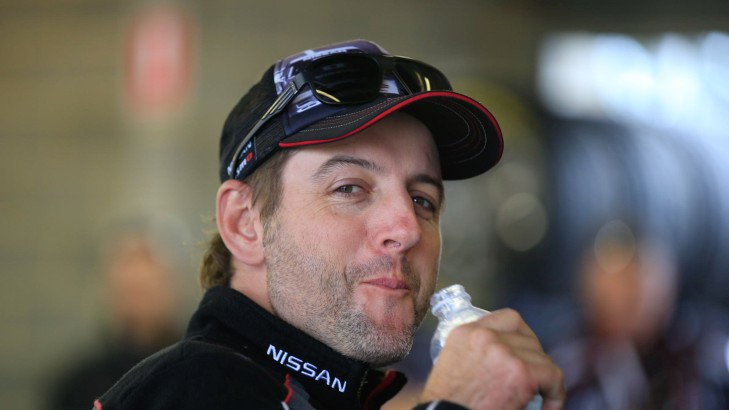 Todd Kelly is looking to translate his impressive pace shown in today's first qualifying session into a top ten finish at the Wilson Security Sandown 500, at a track unsuited to the Nissan Altima.

Despite the straight-line speed deficit that has hindered the Nissan rig since it's breakout season, the accomplished driver managed to crack the top ten around the circuit dominated by two long straights.

In spite of the challenge posed through the incompatibility between his Nissan Altima and the Sandown circuit, Kelly was optimistic of a top ten finish given the performance of the car in the opening qualifying session.

"It's hard to pass here, especially if you're struggling a little bit up the straights - you spend more time defending than trying to pass cars.

"But the cars are handling really well, the cars are fantastic. So if we can hold our own in the race, we should have a reasonable weekend. We'll see how we go, but that'll be a good aim - top ten."

With the next stage of qualifying open to co-drivers only, Kelly's enduro partner and international GT sensation Alex Buncombe will steer the #7 entry from 10th on the grid in the upcoming qualifying race.

The 20 lap race will be Buncombe's first V8 Supercar race start, despite having practiced starting the Altima during the team's test days at Winton earlier this year.

V8supercars.com.au understands the Brit is currently going over old footage of his Jack Daniel's teammates starting previous races at Sandown to prepare for his first race start.

"He's being thrown in the deep end here to do a qualifying race, but I think that's the best thing for him," Kelly said of his V8-inexperienced co-driver.

"He's done a few test days at two different circuits now, as well as the practice sessions here, and to kind of jump up to the next level of comfort in the car he needs to be thrown in the deep end and have other cars around him.

"That'll be an extremely interesting race to watch and see how he goes."

Stay tuned to see how the #7 Jack Daniel's Nissan Altima fairs in the first qualifying race for the Wilson Security Sandown 500 at 2.45pm.

'I'll count that as a pole' says Whincup

Tander: Volvo will be a threat

Formula One ride of a lifetime at Bathurst

McLaughlin into the '08s'