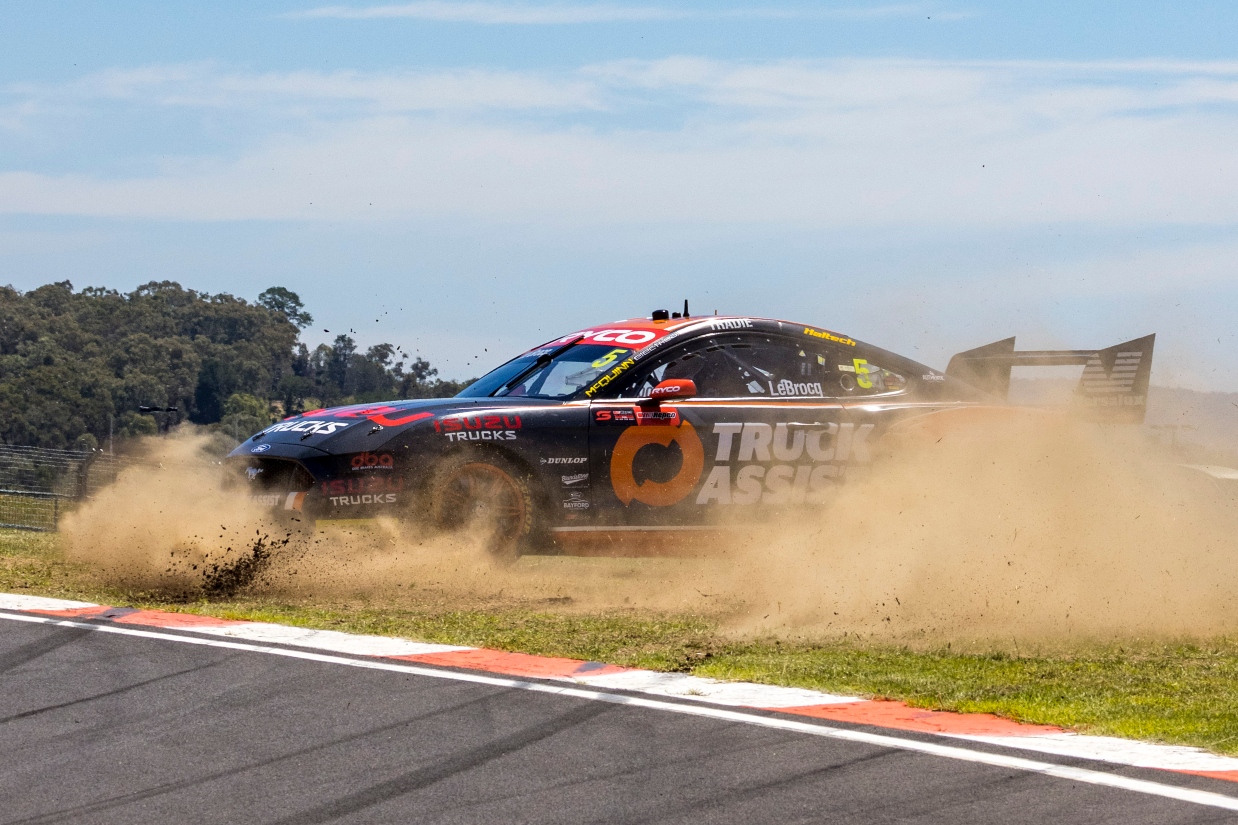 Shane van Gisbergen emerged as the cream of the crop, with the Red Bull Ampol Racing driver winning both races to leave Bathurst with 300 points to his name.

Behind him, the likes of Cameron Waters and Chaz Mostert edged close, but didn't quite have enough to overhaul the #97.

Tim Slade, Anton De Pasquale and James Courtney were a number of high-profile drivers to leave the mountain with bent cars after the 250km-long races, while others struck drama racing the clock.

Supercars.com has listed the most explosive moments from the first event of the 2021 Repco Supercars Championship.

Jack Le Brocq was one of several drivers to find trouble at the Chase in Practice 1, with the Tickford Racing driver rotating his Truck Assist Mustang into the grass. He recorded a strong sixth in Race 1, but it came at a cost, with the 28-year-old placed on antibiotics for severe foot burns.

Will Brown's Erebus Motorsport full-time debut got off to a tough start, with the rookie crashing out of Practice 1 at the Dipper. The team worked through the night to repair the car, with Brown returning to finish both races.

Macca buried at the Chase

Macauley Jones triggered a red flag in the sixth minute of Practice 2 when he fired off at the Chase, with the #96 Coca-Cola becoming stuck in the sandtrap. He recovered on Sunday to finish 15th in Race 2.

Anton De Pasquale's maiden Dick Johnson Racing appearance didn't go to plan, with the 25-year-old crashing out of podium contention early in Race 1. It came after he topped qualifying with the fastest lap of the weekend, before he recovered to fourth on Sunday.

Andre Heimgartner was slapped with a drive-through penalty for a dangerous re-entry in Race 1. The Kiwi had been running eighth at the time, and speared off at Turn 1. He completed a flick-spin, but he returned in the path of an unsuspecting Brodie Kostecki. Kostecki lost a position to James Courtney, while Heimgartner was dropped out of contention.

Kostecki suffered a high-speed off at the Chase in Race 2, with the Erebus recruit later admitting he had suffered brake dramas on the sighting lap en route to the grid.

Courtney's Sunday came to an abrupt end following an error at the Cutting, which resulted in the 2010 champion crashing rearwards into the wall. Courtney had just made his first stop, and was 17th at the time of his accident.

With Courtney slowly bringing his car into the lane, Bryce Fullwood steamed in behind him and was eager to get on with his race. The Walkinshaw Andretti United youngster was in no mood to wait, getting as close as he could to the damaged #44 Boost Mobile Mustang.

The defining moment of Race 2 saw Waters and van Gisbergen line astern on Mountain Straight after the former's first pit stop. Tickford seemingly misjudged the stop, handing van Gisbergen a successful undercut attempt. It proved costly for Waters, with van Gisbergen going on to win the race. Earlier, Waters earned the ire of rivals after he dragged dirt on the circuit during the shootout.

One of the best exponents of celebratory burnouts, van Gisbergen led an almighty skid rip following his Race 2 victory on Sunday, making for an entertaining spectacle for spectators around the mountain.