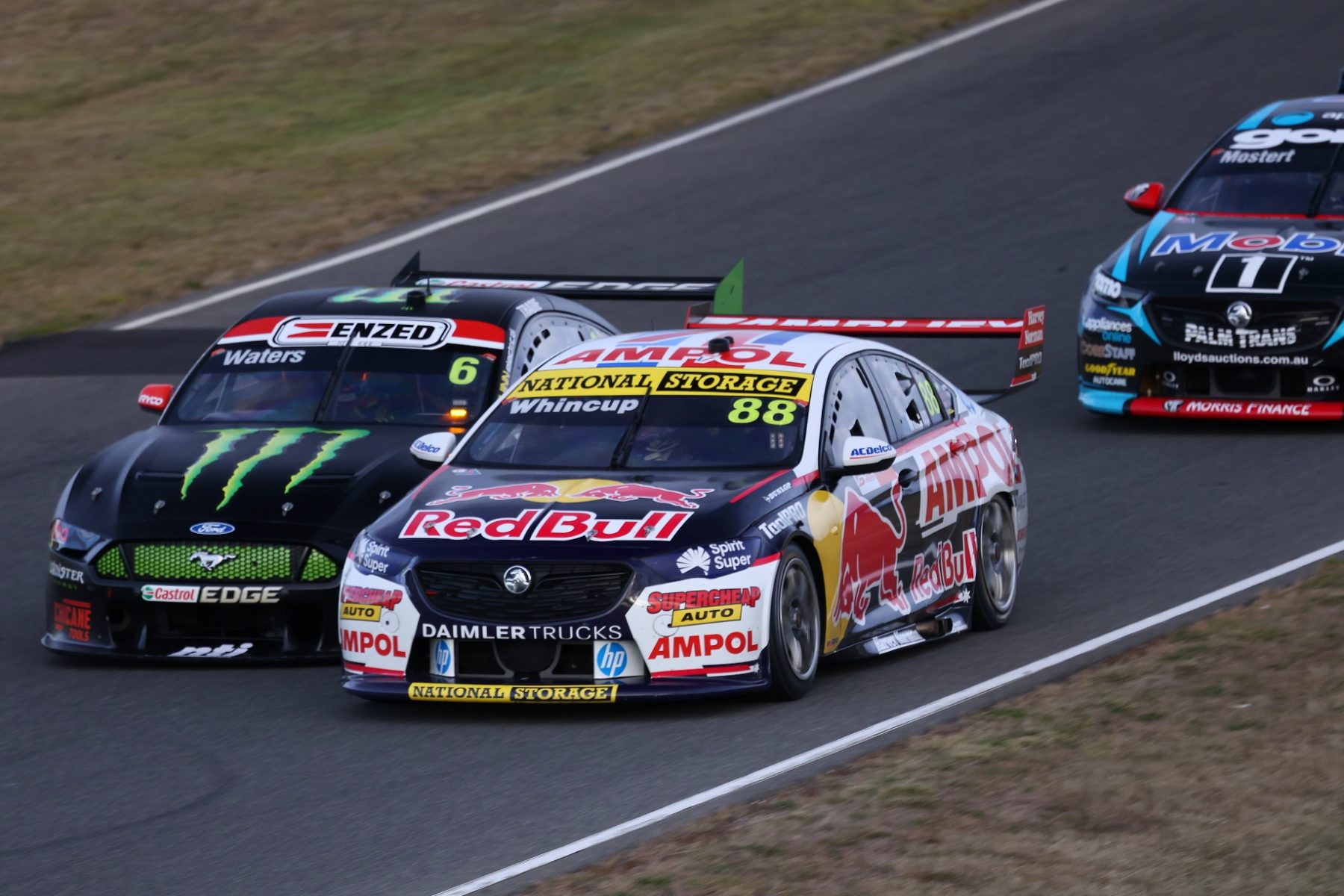 Three races, three different winners. It was a weekend to remember at Symmons Plains, especially for Chaz Mostert and Walkinshaw Andretti United.

The 44-lap sprints provided contrasting storylines; on Saturday, a record was equalled. On Sunday, a seven-time champion returned to the front, before a two-year win drought was broken.

Through three events, the top three in the championship are split by 165 points, with 26 points between second and third.

Down the field, there were some ding-dong battles, with the mid-pack's chaotic attack in Race 7 a weekend highlight; or, for those caught up, lowlight.

Catch up on the 10 most dramatic moments from the Beaurepaires Tasmania SuperSprint.

Tim Slade’s weekend got off to a poor start right our of the gate, with the right rear parting company with his #3 CoolDrive Mustang in the early minutes of Practice 1.

Cameron Waters had Jamie Whincup for company in Race 6, but Chaz Mostert joined the party, locking nearly every wheel to complete the two-on-one overtake.

Drivers kicked off Race 7 on Sunday with red mist descending; De Pasquale was turned around at the hairpin by Jack Le Brocq, who was then spun by Andre Heimgartner.

Seconds later, James Courtney fired across the Turns 1 and 2 complex and into the path of Jack Smith following contact with Macauley Jones.

Shane van Gisbergen was on a mission to catch Whincup in Race 7, and fired down the inside at the hairpin of Waters, who labelled the move “aggressive”.

Buried in the middle of the top 10 in Race 8, the two Red Bull Ampol Racing teammates nearly came to blows on the back straight.

Scott Pye completed the move of the weekend, almost shortcutting the Turn 4 hairpin to complete a daring overtake on Le Brocq.

Waters was under pressure late in Race 8, and failed to hang onto his podium position as the Shell Ford duo muscled their way through, with the Red Bull Ampol teammates just behind.