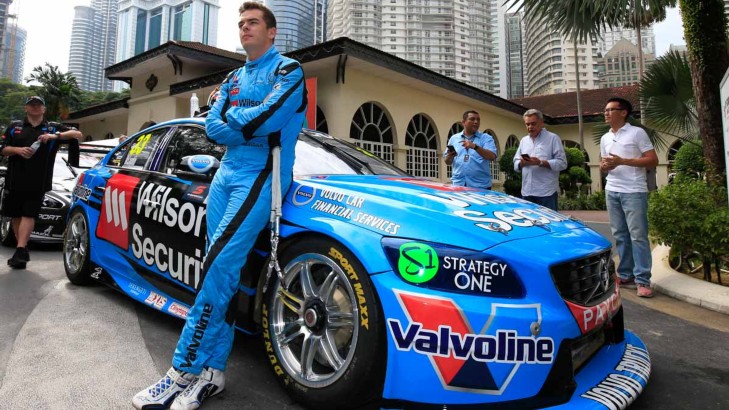 He may be just 22 but he already has 100 race starts under his belt in V8 Supercars.

Kiwi Scott McLaughlin celebrates triple figures at the circuit where he made his debut back in 2012 as part of the Sandown 500, this weekend.

That performance - as well as his pace in the Dunlop Series - cemented him as one to watch and soon enough he was snapped up by Garry Rogers for the 2013 season.

The rest, as they say, is history, with McLaughlin having been one of the most promising new talents in V8 Supercars in recent times. He has already earned six Championship race wins, finished top five in the title chase last year, won the Barry Sheene Medal, the sport's equivalent of the fairest and best, and boosted his profile with the words 'give it some jandal'.

McLaughlin described reaching the 100 race milestone as "pretty awesome" and has his sights set on winning the Pirtek Enduro Cup after what has been a challenging season this time around in his Volvo.

"I had my first drive with TEKNO back in 2012 and it was pretty amazing - that feeling when you first jump into a V8 Supercar race, with the likes of Craig Lowndes, Jamie Whincup, and those sorts of guys," McLaughlin told v8supercars.com.au.

"Not many people get a chance to even race V8 Supercars, let alone start their 100th race - it's not as many as some but a big milestone for me and hopefully I'm here for a lot longer." 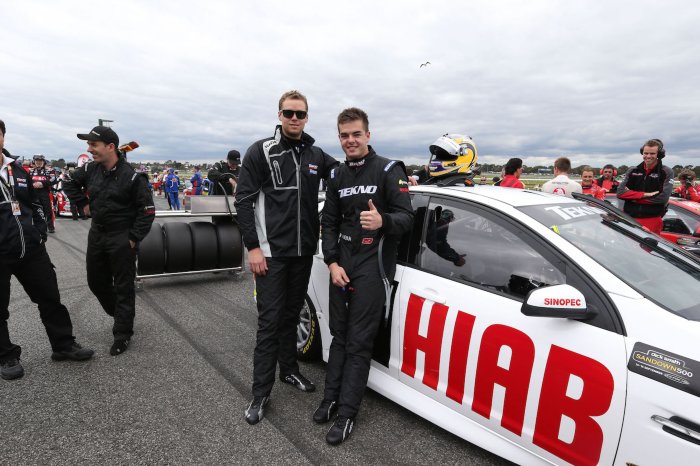 Just 19 years old when he debuted with Webb, McLaughlin was also fighting for the title in the development Dunlop Series, with adversaries Chaz Mostert, Scott Pye and Nick Percat, who he now battles with day-to-day in the main game.

"At the same time I had a Championship to worry about in the Dunlop Series - but that call up [for enduros] was pretty big, and to this day that Bathurst was my best finish to date, so in some ways I managed to go pretty well."

His third start came in unusual circumstances - immediately after clinching that year's Dunlop Series crown, Rogers asked McLaughlin to fill in for main game driver Alex Premat at the Sydney 500. Premat suffered heat exhaustion after the extreme conditions the day before, and McLaughlin was able to nurse the Holden home in the top 20.

At that stage he had already signed with GRM for the following year - "I did it at Winton, I remember signing the deal in the GRM catering tent!" - but it was a good introduction to racing and pit stops.

"It was [unusual circumstances] but it's probably the story of Garry's life - he loves a cool little quirky thing!

"It was unfortunate for Alex when he got sick, but it's quite weird how we've become really good mate since then.

"It was an opportunity of a lifetime and I really couldn't lose out from it." 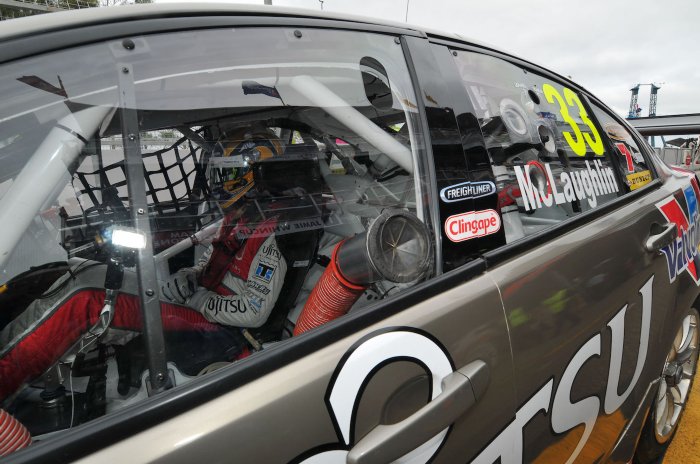 Reflecting on his 100 races, McLaughlin mused he had a pretty cool career to date.

Winning in front of a home crowd in New Zealand as a rookie in 2013 was a clear highlight, and he described things since the switch to Volvo as an "absolute whirlwind of highlights, good and bad".

Now McLaughlin's sights are set on winning the Pirtek Enduro Cup with Premat, which kicks off on Friday with the Wilson Security Sandown 500. 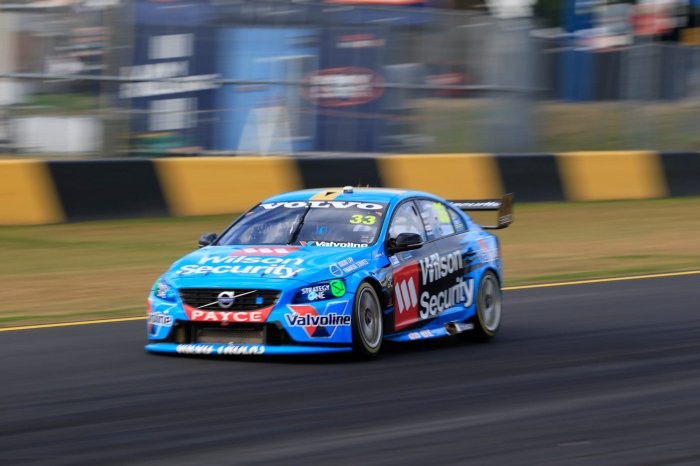 "We know our championship has gone in some ways, but we know we have the opportunity to win the Enduro Cup and ... move my way up in the standings again," he said.

"I think the car is going to be good - we've got it going good lately.

"The reliability is a question mark but at the end of the day we've got to keep doing our job, the boys will worry about that and if worst comes to worst, something might happen. But we'll make sure we drive that thing fast and it's up the front."