Todd Kelly to return to racing – on water 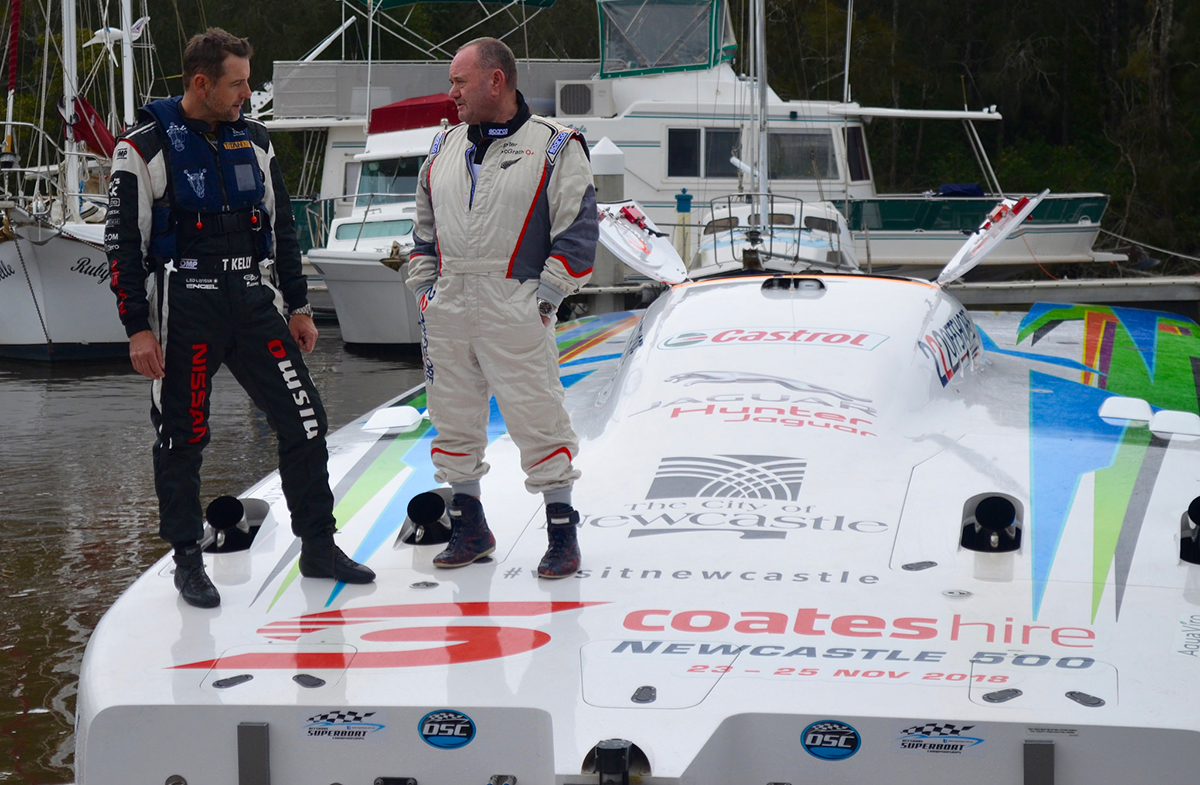 Todd Kelly will return to competition later this month, nearly a year after retiring from Supercars.

The Nissan Motorsport co-owner has linked with 222 Offshore for the final round of the Australian Offshore Superboat Championships in Hervey Bay, Queensland, on October 27-28.

Kelly will be standing in for Darren Nicholson, the principal driver of the 12m Offshore Powerboat to be in China on other commitments.

The Bathurst 1000 winner got his first taste of the machine, powered by twin 750hp engines, during last weekend’s round at Lake Macquarie.

“Todd came to Lake Macquarie last week and had a run in the boat and he did a great job, Nicholson, whose regular throttleman Peter McGrath will partner Kelly, said.

“He’s been around boats for as long as he’s been around cars, so we’re extremely comfortable and happy to have Todd in the boat and take over my duties while I’m away.”

The Kelly family has a long and keen interest in watersports, including Todd crossing Bass Strait on a jet-ski last May.

Kelly retired from Supercars at last November’s Coates Hire Newcastle 500, having made his debut in 1999 and a total of 513 starts.

He opted against continuing as a co-driver in the PIRTEK Enduro Cup, instead focusing on running the four-car operation.