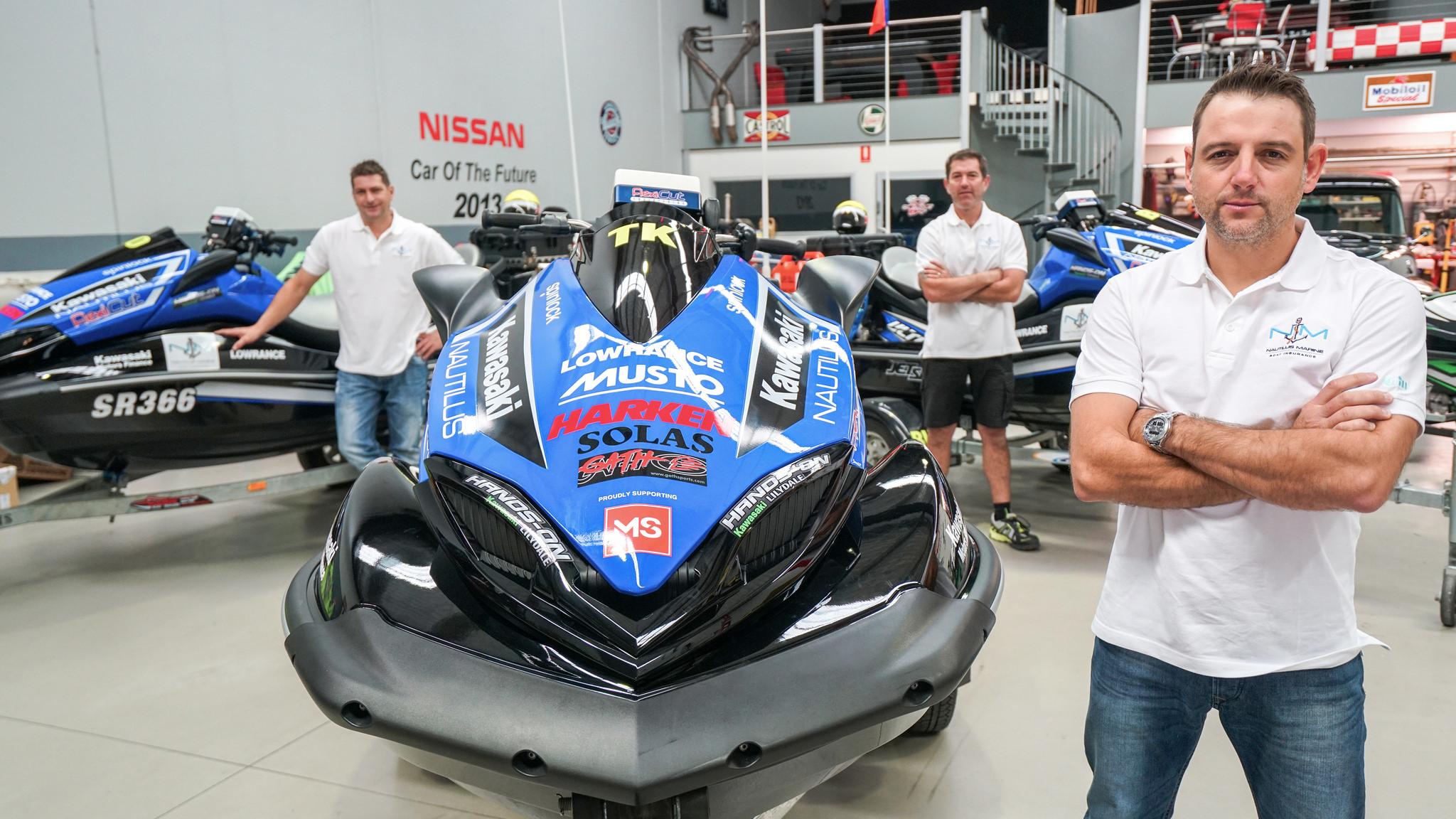 Nissan Motorsport’s Todd Kelly is in for a big week, planning a bold journey across Bass Strait on a jet ski after he returns home from the Perth SuperSprint.

The 37-year-old Melbourne-based Kelly will tackle the treacherous 500km stretch of ocean to Tasmanian with two friends, starting Tuesday.

Kelly and friends Robbie O'Brien and Bryan Hands came up with the idea 12 months ago following a dirt biking ride through Victoria's high country.

Known for his various toys that range from custom cars to dirt bikes and even a private plane, Kelly says he’s been spending plenty of time on his Kawasaki jet ski in the lead-up to the ride.

"We have all done things together with different machinery, but none of us had been out in the ocean,” he explained.

“But since coming up with the idea, we’ve undertaken some very serious training: from radio courses, better understanding the marine side of things, and even spending 24 hours on a fishing boat to better understand the environment.

“I’m still nervous, given it’s a large journey, but I’m confident in our preparation."

The trio has waited patiently for a four-day window of calm conditions to set off on their journey, and it appears their best chance will be from this Tuesday.

“We came up with a few windows when the three of us could take 4 days off in our work to do it,” said Kelly.

“As it turns out the first window starts on Tuesday, and we haven’t completed all of our testing, so we’ve not been on the skis to test all the gear.

“But the opportunity to have two or three days of good weather is extremely rare.

“So we’ll get back from Perth, have a few hours sleep, and then head to the workshop and get everything ready.”

After returning from this weekend's Supercar event, Kelly will complete his preparation at the workshop, before heading off to Port Welshpool in South Gippsland for a Tuesday morning scheduled departure.

"We have some fuel hidden away on one of the islands that we dropped off a few months ago,” Kelly continued.

“Our plan is to get away as early as possible. We go passed Hogan Island first up, then Deal Island - where we’ll refuel and have a walk around - with the aim of getting to Flinders Island as an absolute minimum on the first day.

“It is possible to get to Tasmania on the first day, so if we can make enough ground to be able to do that we’ll be in a good position for the return trip.

"The big one is trying to get to Flinders because there are beds for us there. So if we don’t get to Flinders we’ll be camping out in weather not too conducive to sleeping on the beach."

"Originally we were going to sneak off and do it, but with the amount of partners that have come on board to assist us and make sure our journey is safe, we decided that it’d be crazy not to do this for a good cause.

“That’s when we first spoke to the MS Society to try and raise some money. So it’s even better to be able to start this trip knowing that it’s for a good cause."

You can support the journey by donating to the MS Society via this link.

"We slid around quite a lot today on high kilometre tyres to try and understand what we’d get in the race," he said.

"We didn’t have the opportunity to focus on a qualifying type car due to tyres.

05/05/2017
Stay In The Know
Sign up to the Virgin Australia Supercars Championship Newsletter
We use cookies to ensure that we give you the best experience on our website. If you continue to use this site we will assume that you are happy with it.Ok