Saturday's polesitter and victor McLaughlin turned a 1:08.4900s to lead the way at Queensland Raceway, finishing just 0.0482 seconds ahead of van Gisbergen.

It is Shell V-Power Racing driver McLaughlin's 10th pole of the year, from 20 attempts.

David Reynolds was the first driver to dip below the 1:09s barrier, five minutes into the 20, with a 1:08.9967s, but was shaded by Michael Caruso almost immediately.

McLaughlin then lowered the benchmark to a 1:08.5937s and sat two tenths clear of Red Bull HRT pair Jamie Whincup and van Gisbergen after the first runs.

Fabian Coulthard got within 0.0491s of his team-mate in the mid-session second runs, before McLaughlin improved marginally to a 1:08.5504s.

That had McLaughlin's advantage back out to 0.0924s, as Chaz Mostert slotted into third in his Tickford Falcon.

McLaughlin found another slight gain on the final runs to a 1:08.4900s, with Coulthard also improving to stay second initially. 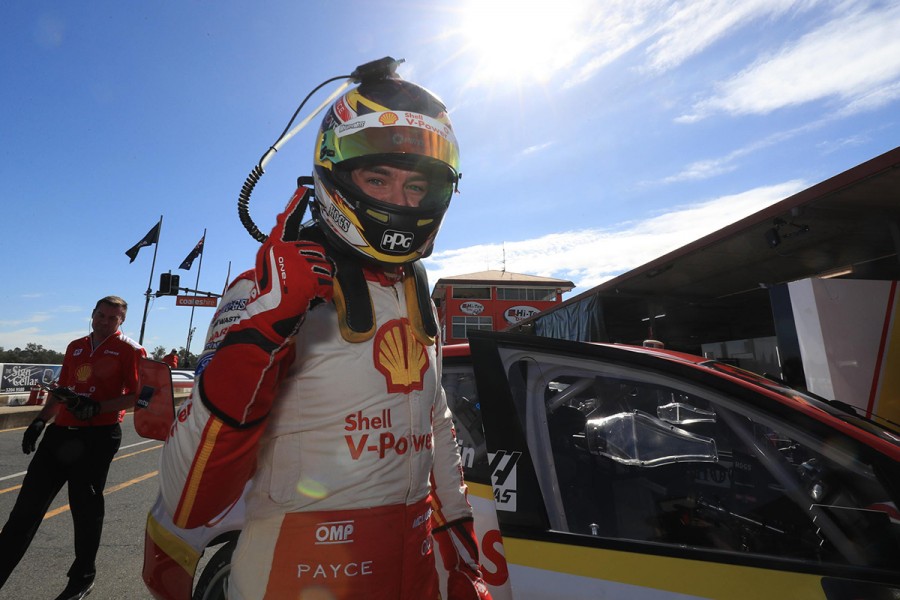 “The car was a bit loose today, it was a bit harder, we’ve got to work on that but I think we’ve got a really good shot today,” McLaughlin said.

“I’m so stoked for everyone not only here, but at the workshop and hopefully we can turn it into a decent result.”

Van Gisbergen was fifth before his final run, having raced from eighth on the grid to second on Saturday.

“I think we made some progress overnight, studied hard and did what we could, so hopefully we can take the fight to them today,” he said.

“I’ll probably stuff up the start today, I got that good of a start yesterday!

"I know what I did, but getting these things off the line is so hard.”

Third equals Mostert's best grid position of the campaign in his Supercheap Auto Falcon, with the Sunday at Barbagallo Raceway in May. 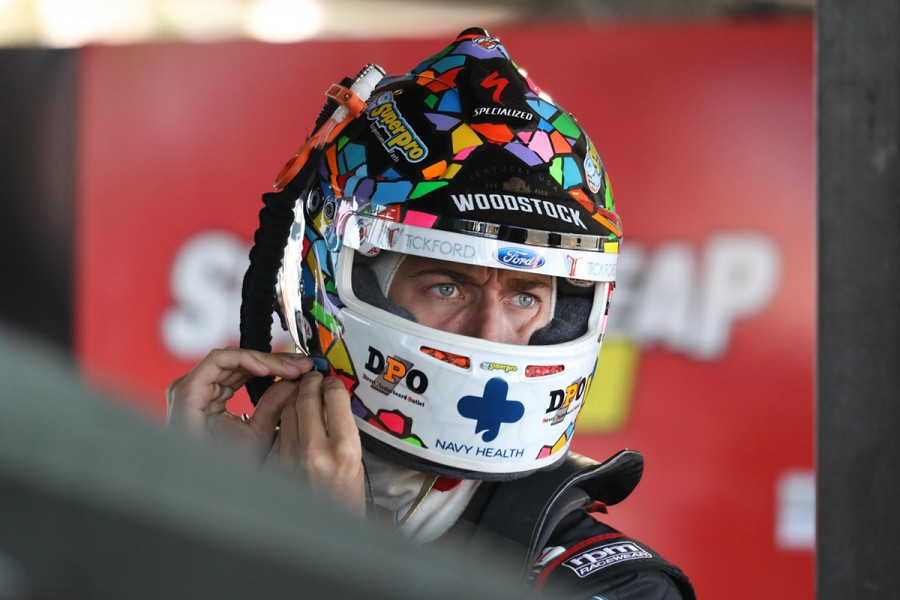 “Adam [De Borre, engineer] has done a good job to tune the car, it feels a lot better in some areas,” he said.

“We’re still looking for a little bit more, but it shows that it’s closer to the window, because we can adjust it and still make improvements.

“At the start of the year, when you’re not in the window, you can make minor adjustments and get no read onto it at all.

“Here I’ve tried to be calm in qualifying. In Townsville I was on the edge a bit too much, but here I let the car do the work instead of the driver.”

Coulthard wound up fourth ahead of Reynolds and the lead Nissan of Rick Kelly.

Whincup and Craig Lowndes will share the fourth row of the grid, three tenths off McLaughlin's pace.

Caruso made it two Nissans in the top 10 in ninth, shading Richie Stanaway, who continued his run as the weekend's top rookie and equalled his best qualifying.

Garth Tander took 11th, ahead of the next rookie in Jack Le Brocq, while the other Tickford Falcons of Cameron Waters and Mark Winterbottom were 15th and 16th.

The Walkinshaw Andretti United Commodores of James Courtney and Scott Pye had to settle for 18th and 20th.

Nick Percat fared even worse, a broken starter motor limiting the Brad Jones Racing driver to a single run and 25th on the grid.