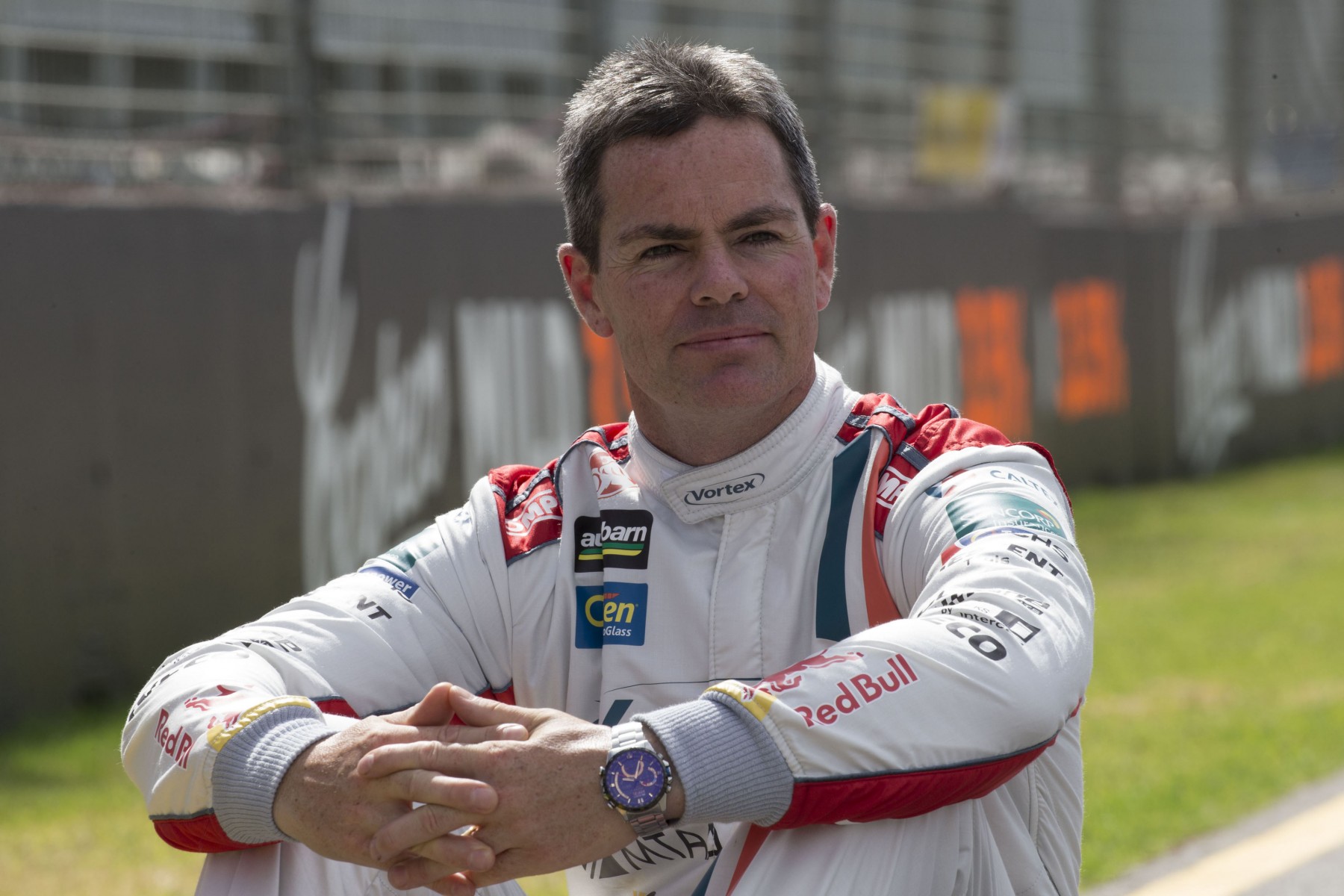 Craig Lowndes is positive about his 2016 season despite losing the Championship lead at Winton, and is proud to be part of one of the toughest seasons yet.

The six-time Bathurst winner and three-time champion fell to fourth across the weekend­ – but the top four is only separated by 39 points, with Mark Winterbottom in front for the first time this year.

It’s too close to call with nine winners from 11 races, but there is a top group starting to break away from the others, with seventh placed Tim Slade 264 points behind, when only 300 are available per race event.

“Normally by this stage of the year you have a clear couple of favourites or teams that have been consistent. They’ve won races, their qualifying pace is good – this year we haven’t had that,” Lowndes told supercars.com.

“We haven’t had that dominant sort of team or driver yet. I think it’s just the nature of the strength of the category with how good the teams’ equipment is, and the strengths and weaknesses of their drivers. I think it’s been a crazy year, but it’s a great year.

“It’s one of the toughest years I’ve been a part of.”

Consistency will be important, Lowndes says, and he believes it’s his biggest strength.

“This year there will be bigger emphasis on being consistent.

“We didn’t do that this weekend, unfortunately, but it’s all going to be about consistency and have thing least amount of problems throughout the year.

“Again, hopefully when we get to the enduro side of it, we’ll get to our forte and our strengths and have a good, solid, positive finish to the year, which we’ve done in the last few years. We’ve always come home strong with wind in the sail, and hopefully this year will be the same.”

In the new gen era, Lowndes and Triple Eight are yet to win a race at Winton. One Saturday, the #888 qualified 14th to finish 15th. But Sunday’s third place qualifying effort turned into an eighth place finish, which Lowndes thought was a good result.

“I think today was a pretty positive day,” he said post-race.

“You take the result out of it – yesterday we struggled for both qualifying although I think we should’ve been around seventh or eighth in qualifying, if I’d done a proper lap on the second set of tyres. For us yesterday was disappointing.

“For us, we literally chased Shane the whole race and we burnt the tyres up. That was it for that.

“Today, we regrouped this morning. Ludo was quite confident the changes he’d made were going to give me the areas I needed in the car, which it showed to be true in qualifying.

“Of course you never know whether it transfers into a race car – it did.”

Lowndes looked strong early on in the race, but suffered with a broken header.

“I thought our car today in race trim was quite good up until the exhaust breaking. So we had a good battle there with Chaz in the early stages of the race, we were just slowly start to pull away from him.

“The safety car didn’t help us because we wanted to do another 10 laps – but it’s the same for everyone and of course with the exhaust breaking, we just had to fight for what we had.”

Again, the focus was on earning the points and making the best of a bad day.

“There’s no doubt, once we had the exhaust problem Ludo was just all about trying to conserve, look after the car, look after the tyres, drive the car straight, come home with maximum points that we can. That was our ultimate thing.”

Lowndes admits his race could have been better, but he was focused on coming home as high up the list as possible.

“I made a couple of little mistakes, but we were pushing hard to try to maintain a high lap time, and with that we obviously couldn’t get it in a straight-line so we were trying to get it through corners and other places. The beauty was we looked after its rear tyre and soldiered on.

“We were very consistent throughout the day.”

Next stop, Darwin, is the place Lowndes earned his 100th win last year. Of all current Supercars drivers he has the most wins with seven, with Mark Skaife’s eight the only number to eclipse his.