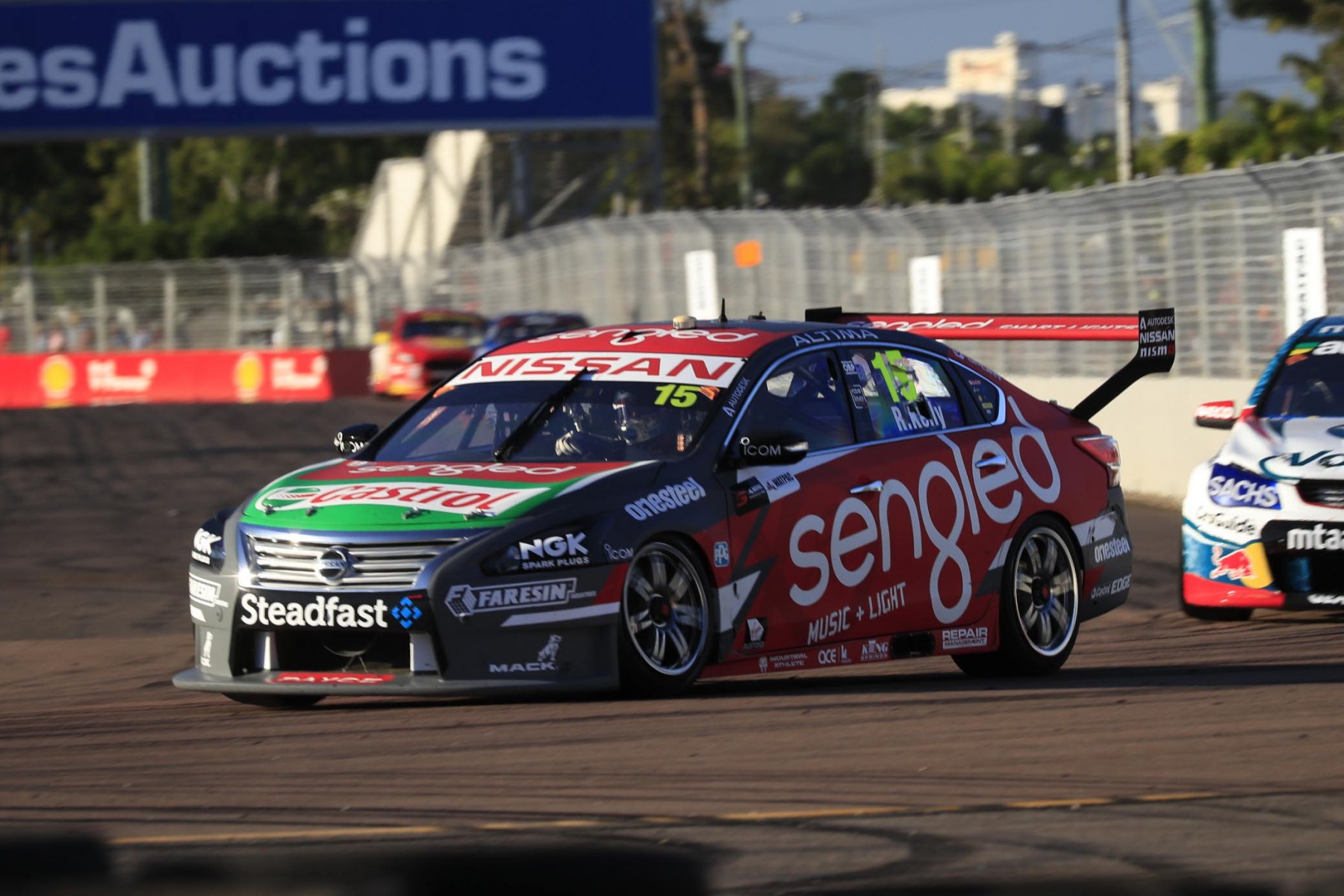 Team manager Scott Sinclair says Nissan Motorsport has plenty of positives to take from Townsville despite failing to secure a top 10 finish across the two races.

After struggling with Dunlop’s 2017 specification tyres during the early part of the season, the team feels it is slowly improving the cars to be able to challenge further up the grid.

Rick Kelly is the highest placed of the team’s four drivers in the points standings in 16th but has shown flashes of speed with a pole in Darwin and Top 10 Shootout appearance in Townsville.

Reflecting on a Townsville weekend where Rick Kelly scored the team’s best result of 12th place, Sinclair remained hopeful a slew of updates will turn around the team’s fortunes.

“In the races we had a few niggling issues that hurt us a little bit but overall, it was reasonably positive,” he told Supercars.com.

“We’re still not entirely happy with the cars, yet we’ve sort of found more consistency in the mid-pack.

“There’s lots of improvement to come and we feel like the tide is slowly turning our way.

“We were conservative with the tyres on Saturday with the way we ran the cars, given there weren’t any issues we were more aggressive on Sunday and got through.

“For us, front grip and straight line performance are the key areas we’re working on.”

Sinclair added the team hopes to roll out a number of upgrades going into the Coates Hire Ipswich SuperSprint as it continues its development push.

“There’s lots of stuff going on in the background and we rolled out things this weekend that we’ll go home and analyse,” he said.

“But there’s a few more things for Queensland and it’s an ongoing process as we all know.

“We had seven cars running all weekend (including MW Motorsport's Dunlop Super2 Series entries) and we’ve got seven straight cars coming back.

"We won’t be spending any time repairing stuff so we’ve got plenty of time for development.”

With two strong qualifying performances in recent rounds, Sinclair says Rick Kelly is extracting the most from the Altima package.

The 2006 champion has three top 10 finishes to his name this season and passed brother Todd in the standings in Townsville to be the highest placed Nissan driver.

“He’s a consummate professional and is constantly trying to improve and puts a lot of time and effort into that,” Sinclair said.

“The last two events have been reward for that, (but) fundamentally the cars need to be quicker.

"That makes the drivers’ job easier, but at the same time the drivers still need to keep working hard and make sure they can put every sector together in qualifying.

“We saw how tight it was this weekend so it’s important we do that and maximise the opportunity we’ve got.”