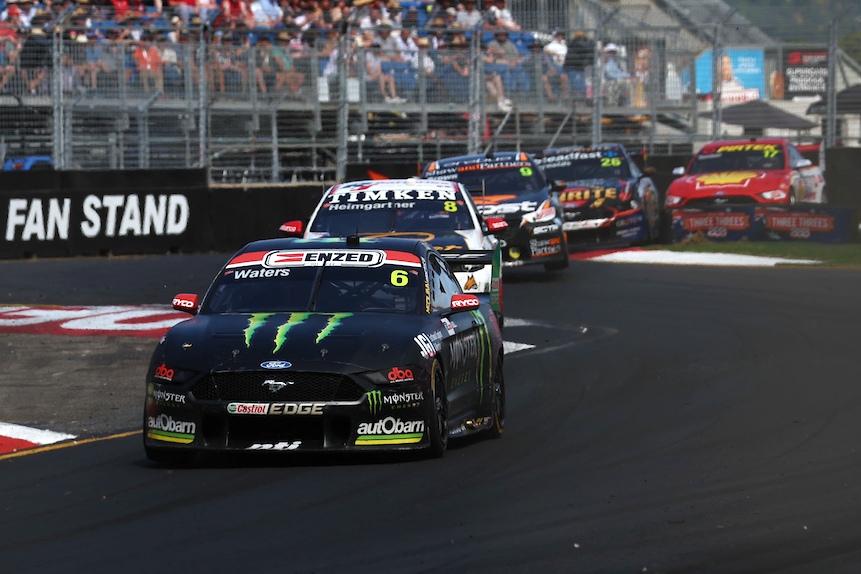 Tickford Racing made too many mistakes in Adelaide to lock down wins, says team boss Tim Edwards.

James Courtney’s Race 33 podium was the highlight on a trying weekend, which featured strong pace.

Cam Waters was in charge of Saturday’s race before he made dual errors, coupled with a strategy shortcoming.

First, Waters clattered the Turn 11 wall — an error he also made in practice — while leading.

He then sent Todd Hazelwood into the Turn 5 wall while down the order late in the race.

Come Sunday, and Waters raced to fourth after starting sixth.

He did take provisional pole, only to drop to sixth in the Top Ten Shootout.

However, he only had finishes of 15th and 18th to show for it.

Randle’s Sunday run featured being turned around at the final corner at a Safety Car restart.

Jake Kostecki then crashed heavily at Turn 8 during Sunday’s race.

Kostecki’s crash was the second of the weekend for Tickford at that corner, with Randle crashing on Saturday.

Edwards was disappointed to again see wins go begging, and has already cast his gaze to 2023.

"It was the same story we’ve seen for most of the year,” Edwards said.

"We had fast cars but we weren’t able to convert for a win.

"It was good to see James get a podium on Saturday, but we made too many mistakes through both days and were also hurt by some things out of our control.

"We aimed to win the championship and we didn’t, so that’s not where we wanted to be.

"We’ve got four new Ford Mustang chassis in the Tickford workshop in Melbourne so it’s going to be a busy few months as we get ready for Gen3.”