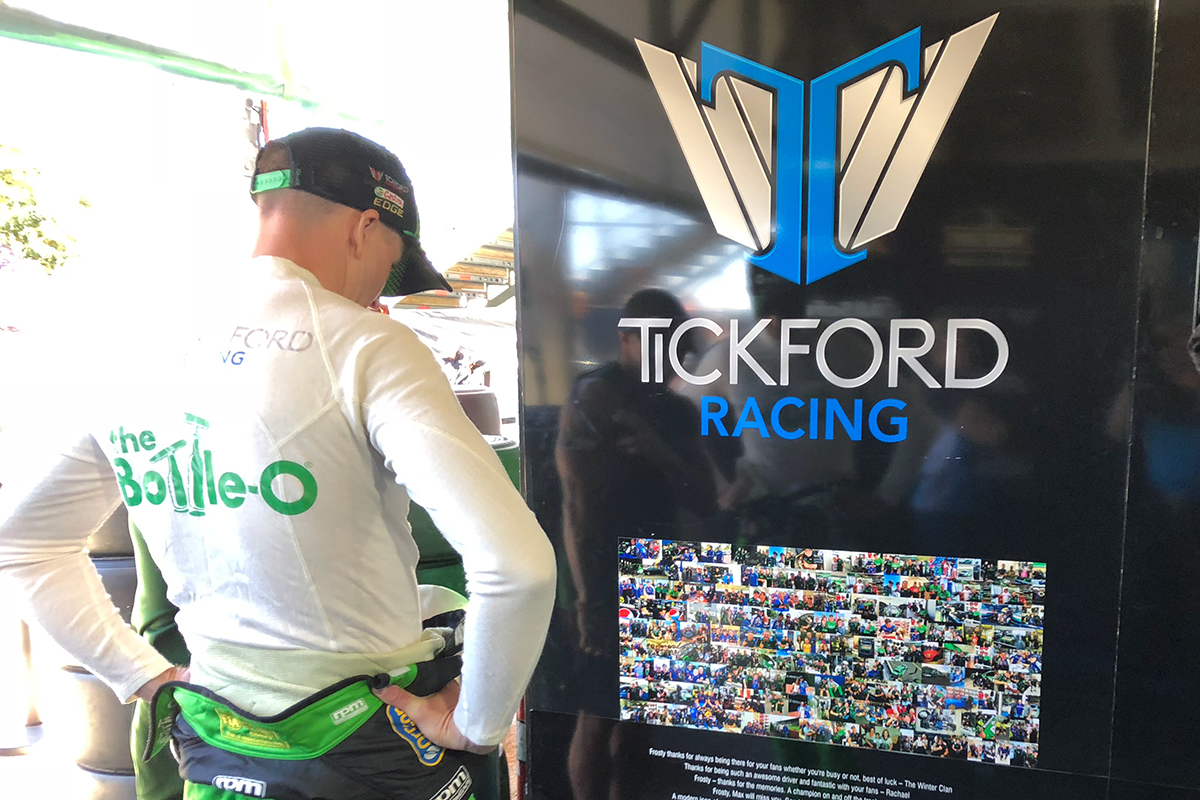 Tickford Racing has added special touches to its garage and Bottle-O Falcon to acknowledge Mark Winterbottom's last weekend with the team. 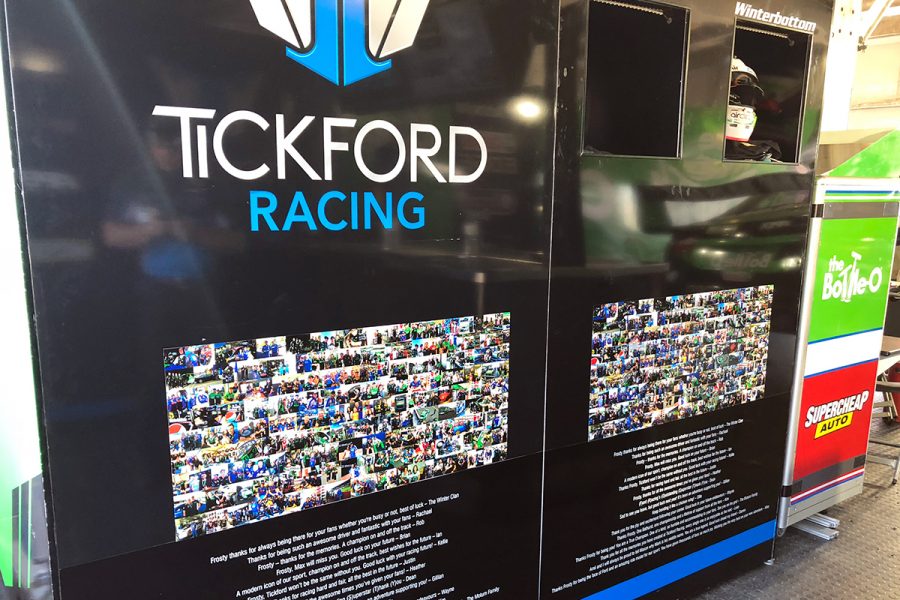 The 37-year-old joined what was then Ford Performance Racing in 2006 and has since won 38 races including its first Bathurst in '13 and the '15 championship.

Messages and photos from members of Tickford's fan club have been added to walling in Winterbottom's garage bay. 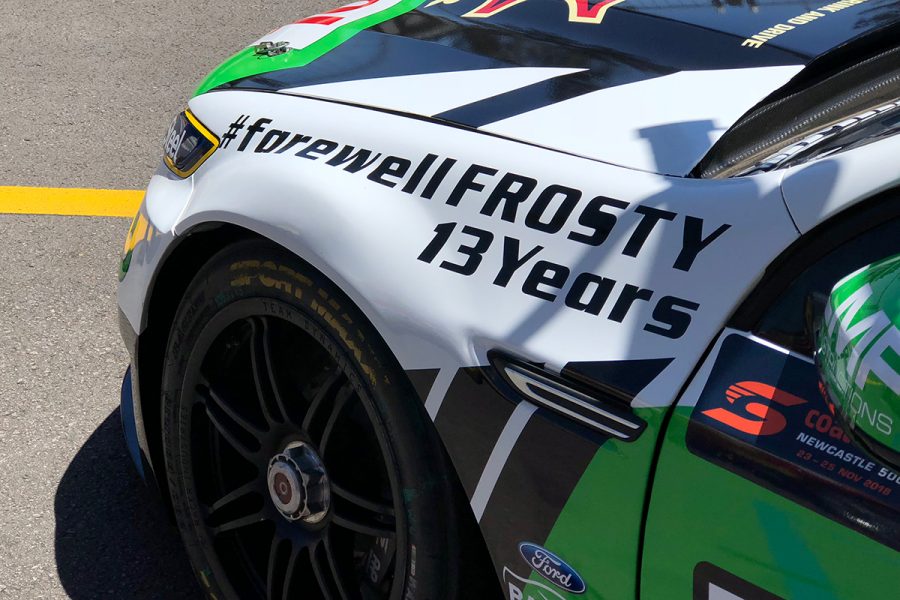 The front guards of his Falcon are also now sporting #farewellFROSTY stickers, and its roof his statistics with the team.

This weekend is also the team's last running Ford Falcons, before the model is replaced by the Mustang next year. 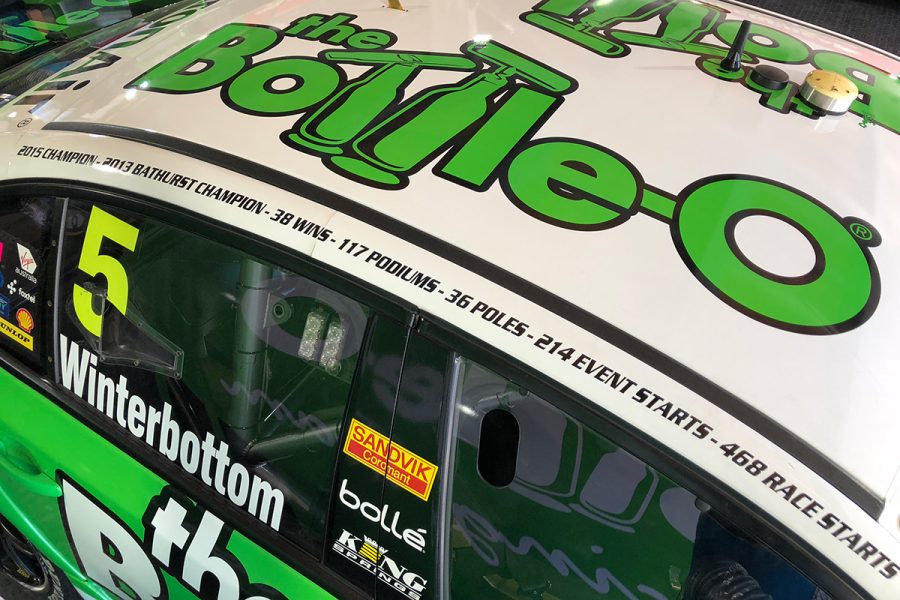 "It’s obviously a big weekend, and there’s a lot going on being the last race of the Falcon and Frosty’s last race with us," team principal Tim Edwards said pre-event.

"We’ve won 72 races with the Falcon and Mark’s claimed a fair chunk of those, so while there is some emotion around that we all know we have a job to do and that’s to get another win or two on the tally."