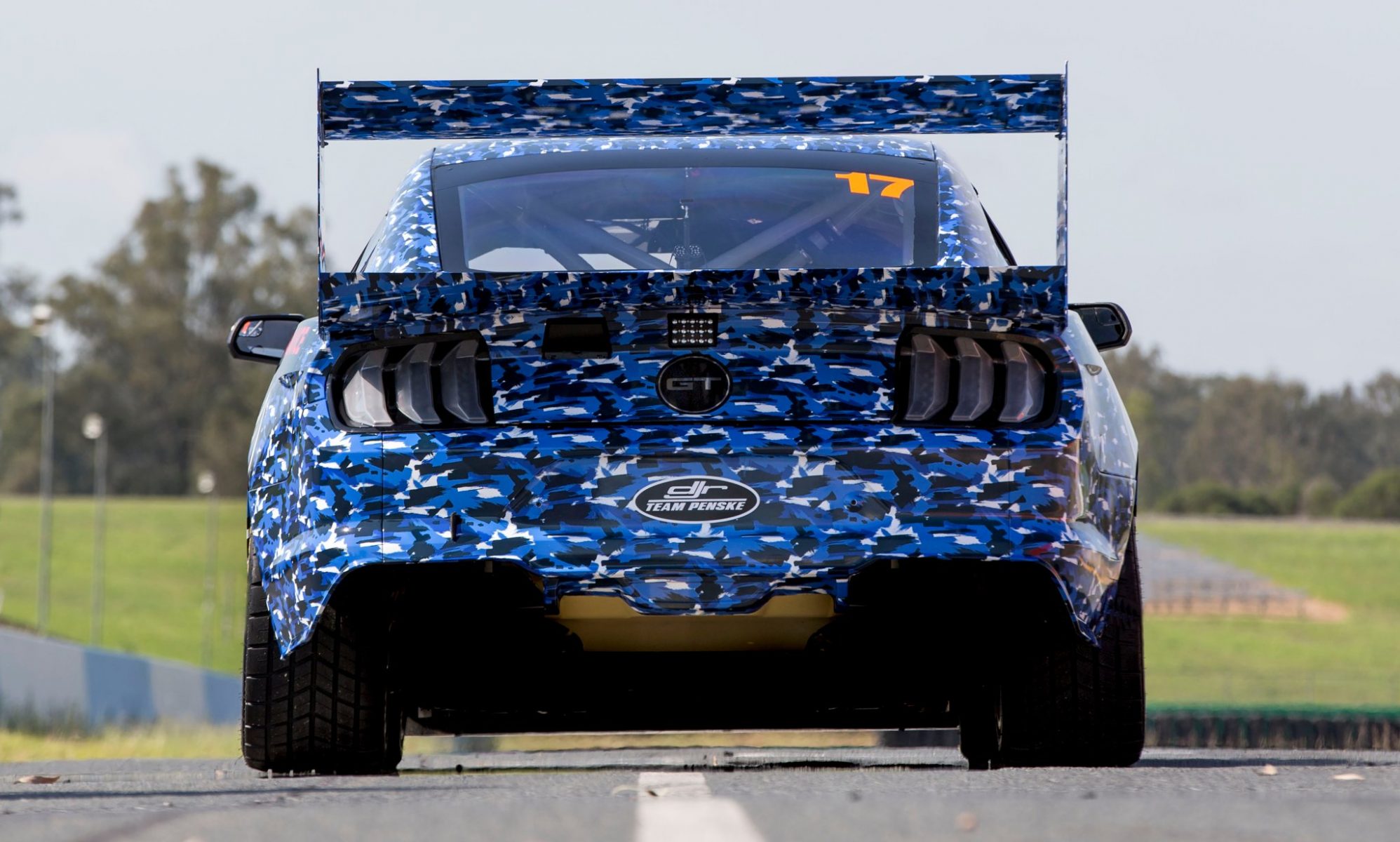 Tickford Racing is keeping close tabs on DJR Team Penske’s Ford Mustang prototype test program as it continues the build of its own 2019 cars.

DJRTP took over from Tickford as Ford’s homologation team for the Mustang project; the Shell squad working with US-based Ford Performance on the design and development of the car.

Tickford has had an arms-length involvement, staying across the work being undertaken in Detroit and Queensland. 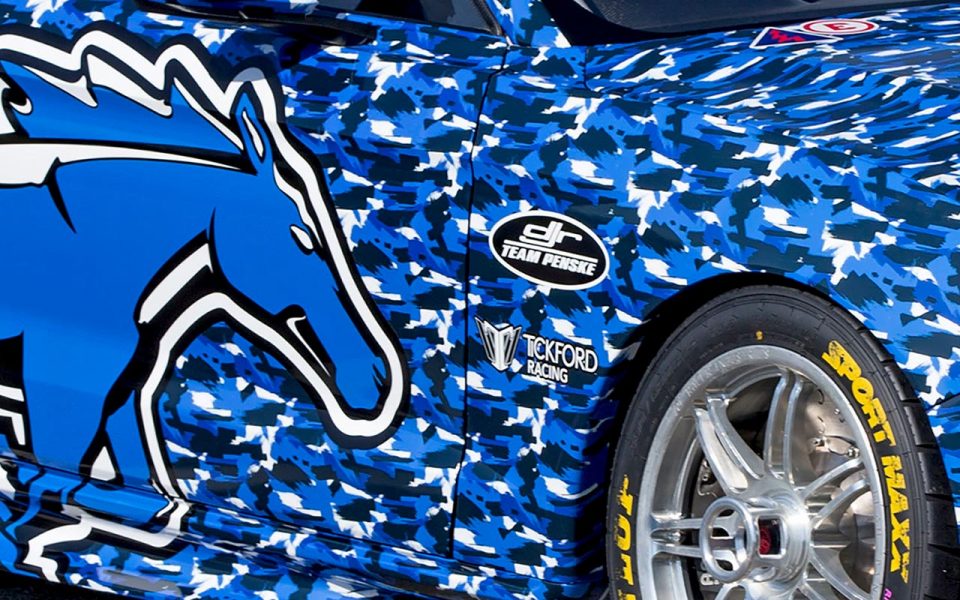 “It was good to have a representative there to see what we could learn out of the day,” team principal Tim Edwards told Supercars.com.

“It’s good for us to just understand the comments that are coming from their drivers, whatever they might be.

“Whether it’s the about the aero-balance or just the ergonomics of getting in and out of the car, it’s useful to have someone there.”

Edwards say Tickford will have “one or two” people at DJRTP’s Phillip Island test on Saturday, where more will be learnt about the high-speed balance of the Mustang.

Its drivers won't be part of the homologation program, however, instead having to wait until Tickford's own cars are complete and 2019 testing begins. 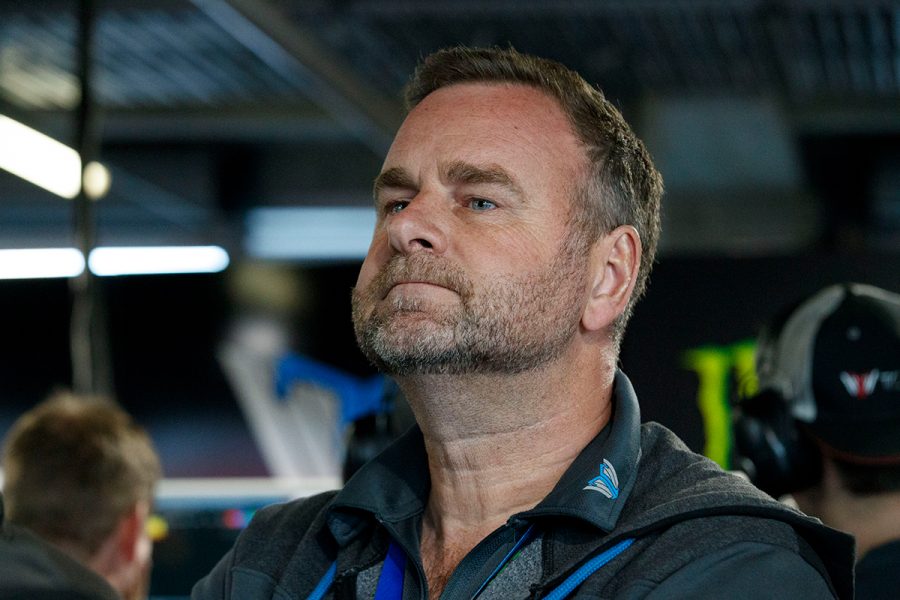 With DJRTP’s prototype doing all the homologation work, the first Tickford Mustang won’t hit the track until February.

Builds are, though, progressing, with two new chassis – consisting of a roll-cage and rails – about to receive their first Mustang-specific internal sheet metal.

“There are a certain number of factory panels in the car, which obviously we’re having to access out of the States,” Edwards explained.

“The sort of sheet metal that goes around the doors and windscreen are OE (original equipment), as opposed to the firewall and things like that which are just flat-sheet,

“We’ve got that first set of that OE sheet metal here now, so we’re jigging all that up at the moment and the second set is imminent. 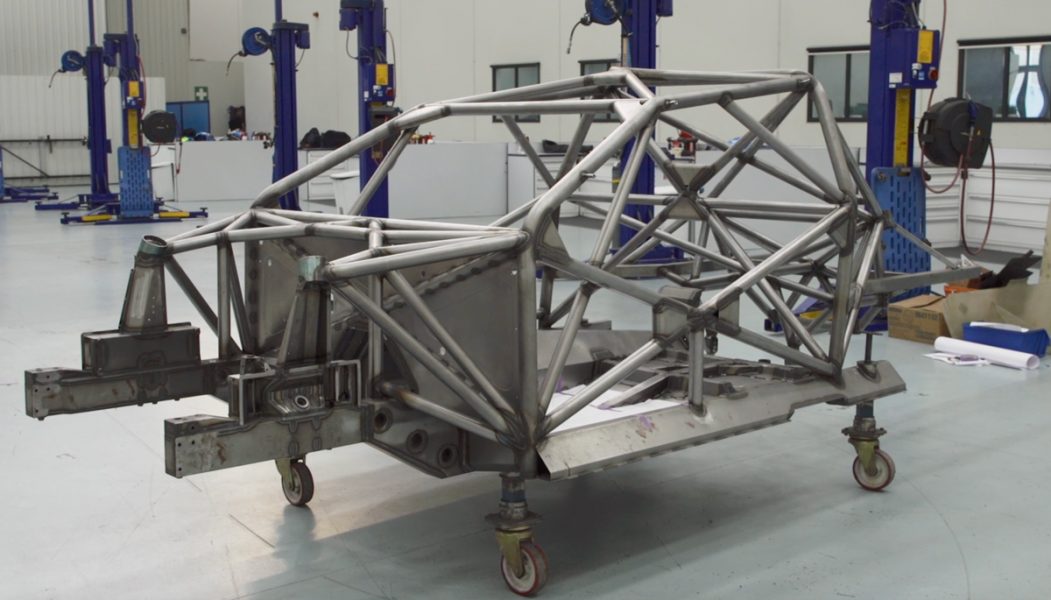 One of Tickford's new chassis

“We’re also well progressed on composites, which we’re working with 23Red on.

“As soon as the patterns were finished with up in Queensland, they’ve all been trucked down, so we’ve probably got two thirds of the patterns here now.

“We’ve already taken moulds off a lot of those and in fact there’s already been some parts manufactured; bonnets, door skins and roof.

“There’s been a lot going on from a composites perspective, but now we’ve got the sheet metal we can start finishing off the new shells and get ready to re-skin the other cars straight after Newcastle.”