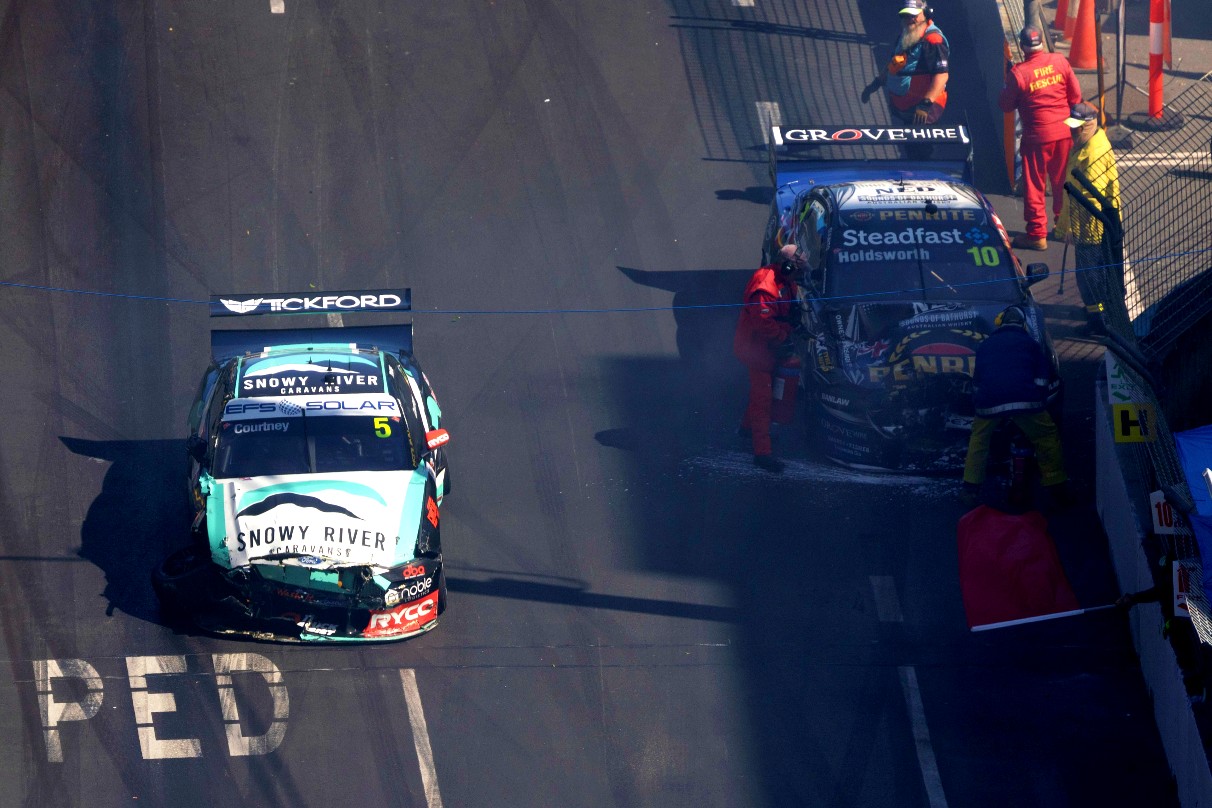 Courtney was caught up in another incident in the Gold Coast finale, which wiped out six cars.

Tickford teammate Thomas Randle was also implicated in the crash.

Remarkably, Tickford mechanics quickly repaired both cars and sent them back out into the race.

It was the latest in a number of Lazarus-like rebuild efforts by the Ford squad.

Notably, Tickford turned around Courtney’s damaged car for the Darwin finale after a big crash in the first Sunday race.

Sadly, he was again implicated in another crash — but his mechanics still gave him a chance to race.

The Bathurst crash forced the team to shift Courtney into a spare chassis for the Gold Coast.

However, that chassis — the team’s spare — suffered more bruises with Courtney an innocent bystander.

“With the shunt no one had anywhere to go,” he said of the Gold Coast pile-up.

"You’re going so fast as it is, on two wheels going over kerbs, and you can’t see past the car ahead of you.

“When someone crashes in front of a train there’s no time to react.

"The boys did an incredible job to get the car repaired and just in time. 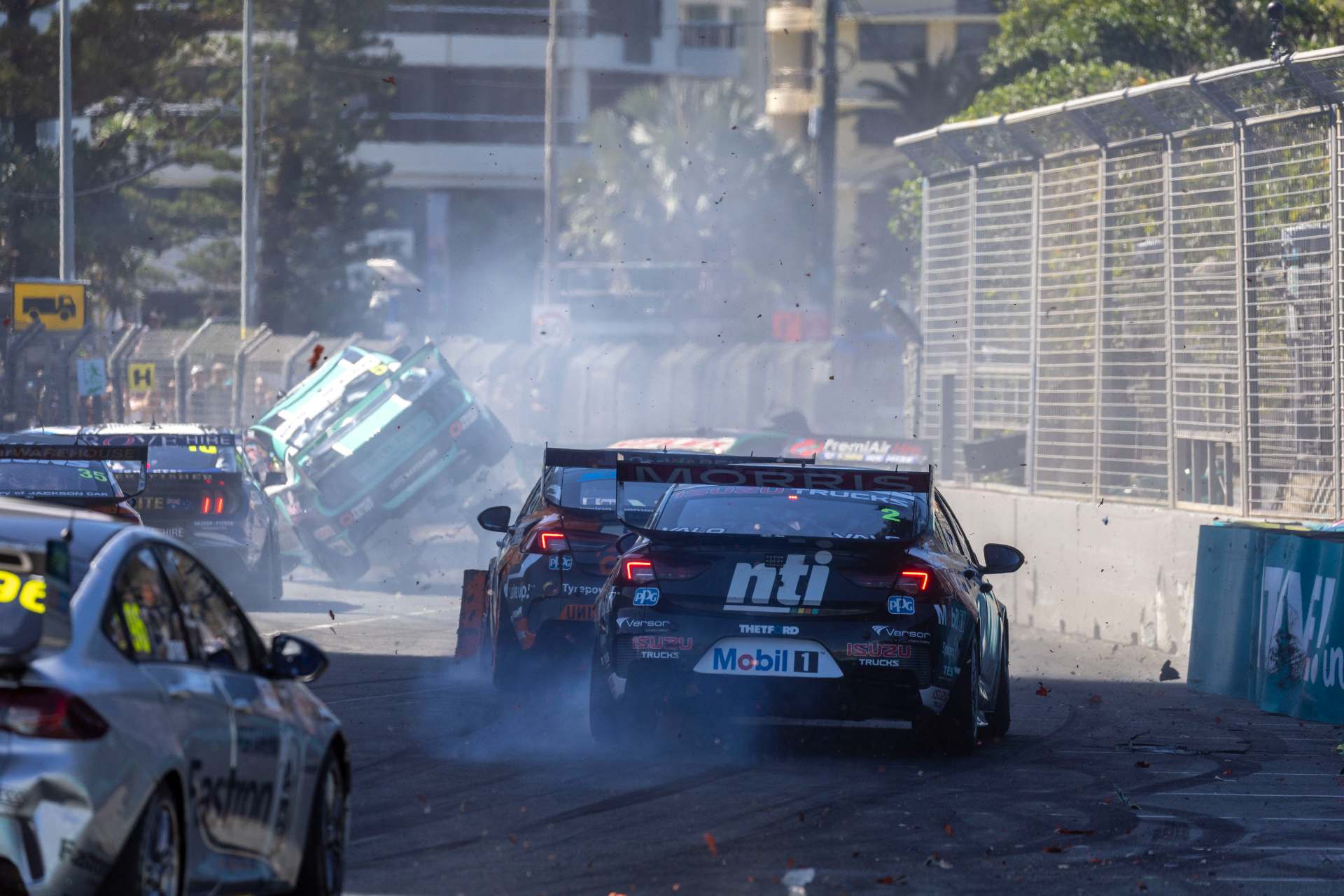 Courtney is tipped into the air

“We were less than a lap from not being classified, so a job well done to everyone on that.

"We’ve had some big crashes this year and it’s not fair on the crew who have to fix it up.

“Huge credit to them for sticking to it and getting the job done.”

Randle avoided major damage in the crash, but a later ECU issue forced him out altogether.

The #55 Castrol entry has also seen its fair share of drama, headlined by the start-line crash at The Bend.

While disappointed to see the damage bill continue to grow, Tickford CEO Tim Edwards was in awe of his team’s efforts.

"Unfortunately for Thomas and JC they were just in the wrong place at the wrong time,” Edwards said.

“They had no chance to avoid the crash and just got collected in someone else’s mess.

“Our crew deserve a huge amount of credit for their work, not just the team at the track but also the workshop-based crew.

"They had a huge week preparing Car 5 for this weekend and did a great job.

“Then after the crash today to have both garages take on massive repairs and get both cars out in time to be classified was unbelievable.”

Courtney is 14th in the standings heading to the season finale in Adelaide.

Davison vows to go all out in Adelaide