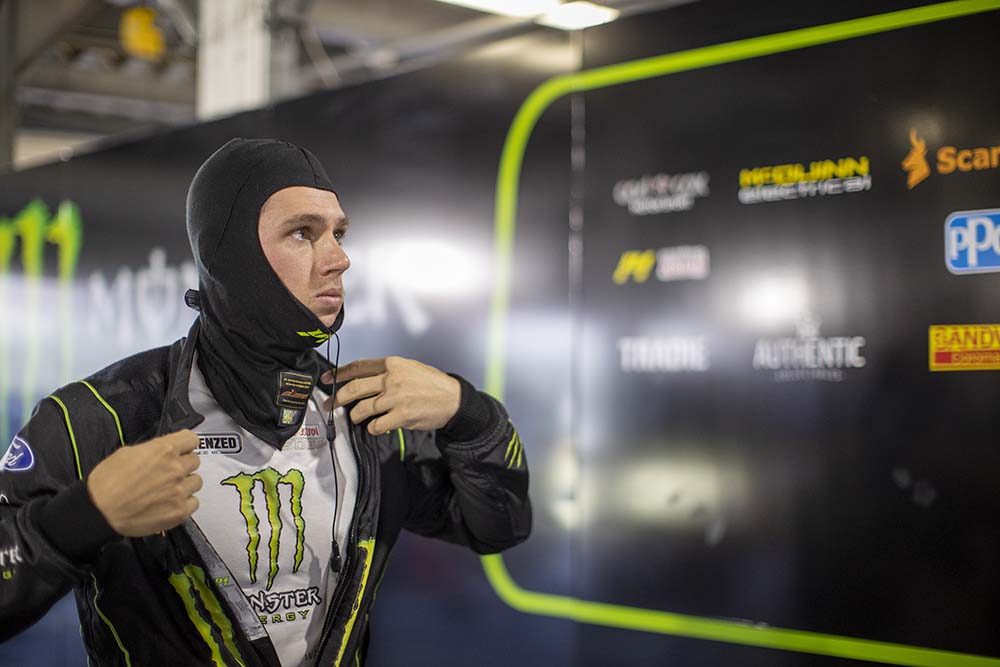 Tickford drivers are hoping to use the Mustang’s debut at Sydney Motorsport Park as a stepping stone to a title-challenge when racing returns this weekend in the Virgin Australia Supercars Championship.

WATCH: GET READY FOR THE BP ULTIMATE SYDNEY SUPERSPRINT

It will be the first Supercars race event at SMP since 2018, thus the Ford Mustang Supercar will make its race debut at the 3.91-kilometre circuit which is slated to hold three 130km sprint races across Saturday and Sunday.

Team personnel numbers have been trimmed to 13 per two-car garage, including drivers, to ensure safe social distancing measures can be followed.

The team hasn’t won at Sydney since Chaz Mostert won twice in 2015. Prior to that Mark Winterbottom won a race in 2008 for the Ford outfit.

Team Principal Tim Edwards says his whole squad has been preparing for a long time for the return to racing, part of those preparations was a renovation of the team workshop recently

“We’ve certainly all been looking forward to this for a long time, it’s great to say we’re going racing this week. Obviously things will be a bit different compared to what we’re used to, but we’re confident we can build on the strong start to the season we’ve had and get back up to speed quickly.”

Cameron Waters is the best of Tickford drivers heading into the return to racing, sitting fourth in the championship after a third place finish in the most recent completed race in Adelaide back in February.

“We’re all super keen to get back to real-life racing,” Waters said.

“It’ll be pretty different, less crew, less practice, no fans, but it’s really exciting to get back to it.

“With just the two practice sessions it’ll be important to roll out strong, but I’m confident we can get up to speed quickly and continue where we left off in Adelaide and the Grand Prix.”

With 12th and sixth place finishes in Adelaide, Lee Holdsworth in the Truck Assist Mustang sits seventh, while Jack Le Brocq who nabbed a 12th place finish in Adelaide heads into the SMP round 15th in the overall championship in the Supercheap Auto Mustang.

While it will be Courtney’s first round with Tickford Racing, it will be notably his 200th career Supercars race round.

Courtney enters the weekend 22nd in the championship after starting the season at Team Sydney in Adelaide.

The Sydney SuperSprint will officially host Races 7, 8, and 9 of the 2020 campaign, each 130 kilometres in length with one compulsory pit stop for at least two tyres and no refuelling. Qualifying for Race 7 will also include a Top 15 Shootout to set the grid for the first 33-lap race of the weekend.