Tickford on wrong side of coolsuit ‘knife-edge’ 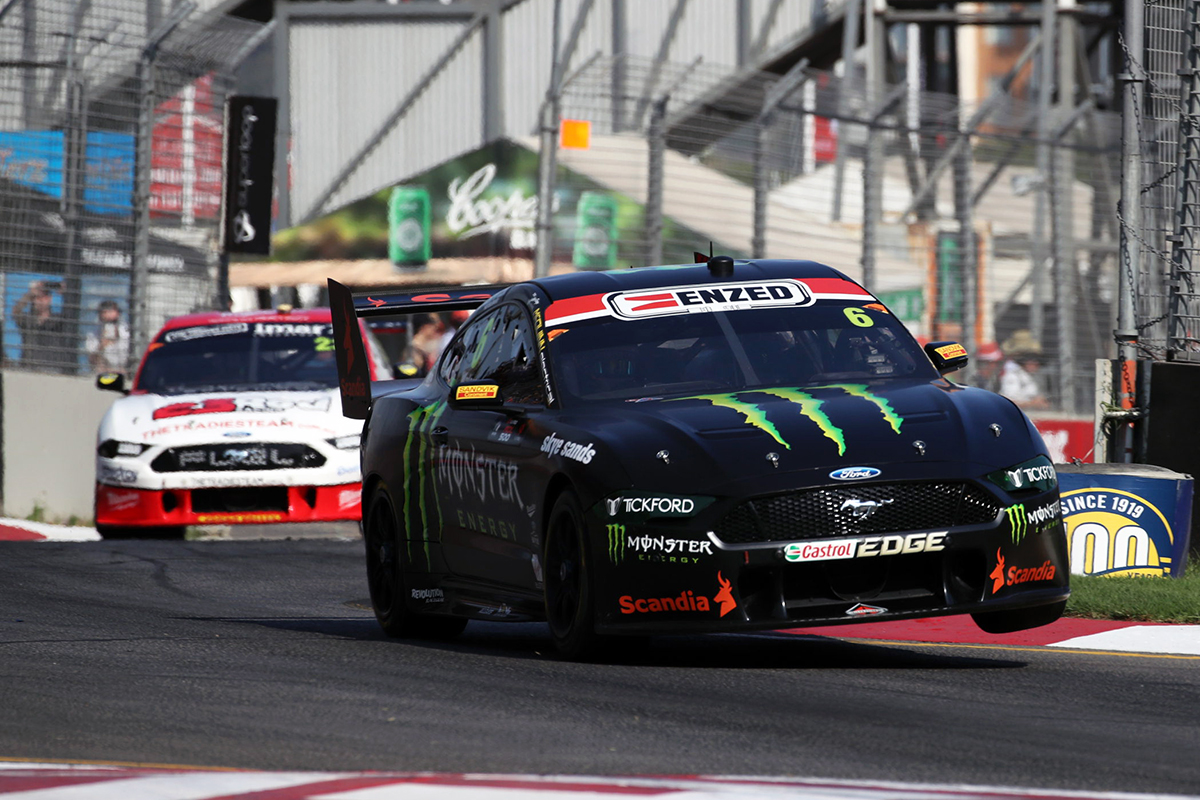 Tickford Racing knew Cameron Waters’ coolsuit was doomed for failure before the Monster Mustang had even taken the start of the Superloop Adelaide 500.

With 40-degree ambient temperatures for the season-opener, each car was required to have a working coolsuit for the 250km race.

Commonly used in hot races, the coolsuits consist of a vest covered with internal vanes, through which liquid – cooled by a dry ice-filled box – is pumped.

Waters reported to his team via radio in the early laps that his coolsuit had failed but insisted he was fine in the car.

Supercars officials reminded Tickford of the requirements and Waters pitted from fourth on lap 19 to have the issue rectified, costing 14 laps and any chance of a result.

Team boss Tim Edwards said Tickford made an error when filling the system with dry ice on the grid.

“It just froze. When you put the ice in on the grid, you’ve got this narrow window between it freezing and it not freezing,” he said.

“Everyone brings it down to about four degrees, so you’re at that borderline point and if your ice has gone in 30 or even 10 seconds too early, you can find yourself [in trouble].

“Because until the car starts and you’re actually generating enough heat, you’re always on that knife-edge and unfortunately they were just on the wrong side of it.

“They were trying to get slightly ahead of it because of the ambient. Sometimes it can take the first two laps of the race before you start feeling the benefit.

“It’s always that knife-edge and we got it just the wrong side of the knife-edge with that car.”

While Waters was frustrated at having to pit due to Supercars’ heat policy, Edwards said to team had no option but to pull him in.

“At the end of the day the rules are the rules. I think Cam would have been fine, but it’s irrelevant,” he said.

Waters was also one of a number of drivers to complain of extreme footwell temperatures, seen driving on the straights with his right leg elevated and left foot on the throttle.

“All of them (Tickford drivers) were struggling with hot feet, as were the Red Bull drivers, melting boots and stuff, it’s just incredibly hot in these cars,” explained Edwards.

“We put extra ducting and stuff in to add to it, but these are extreme temperatures. Ten degrees less tomorrow, we’ll all be in a better place.”

Waters had earlier endured a melted throttle cable in practice; an issue the team also encountered on Friday, but fixed for the race via added insulation.

Tickford scored fourth and fifth in the race with Will Davison and Chaz Mostert, while Lee Holdsworth was 21st, one place ahead of Waters.

Holdsworth had been at the foot of the top 10 on lap 27 when he crashed at Turn 7 – a corner he had forecast would cause ‘chaos’ following recent changes.