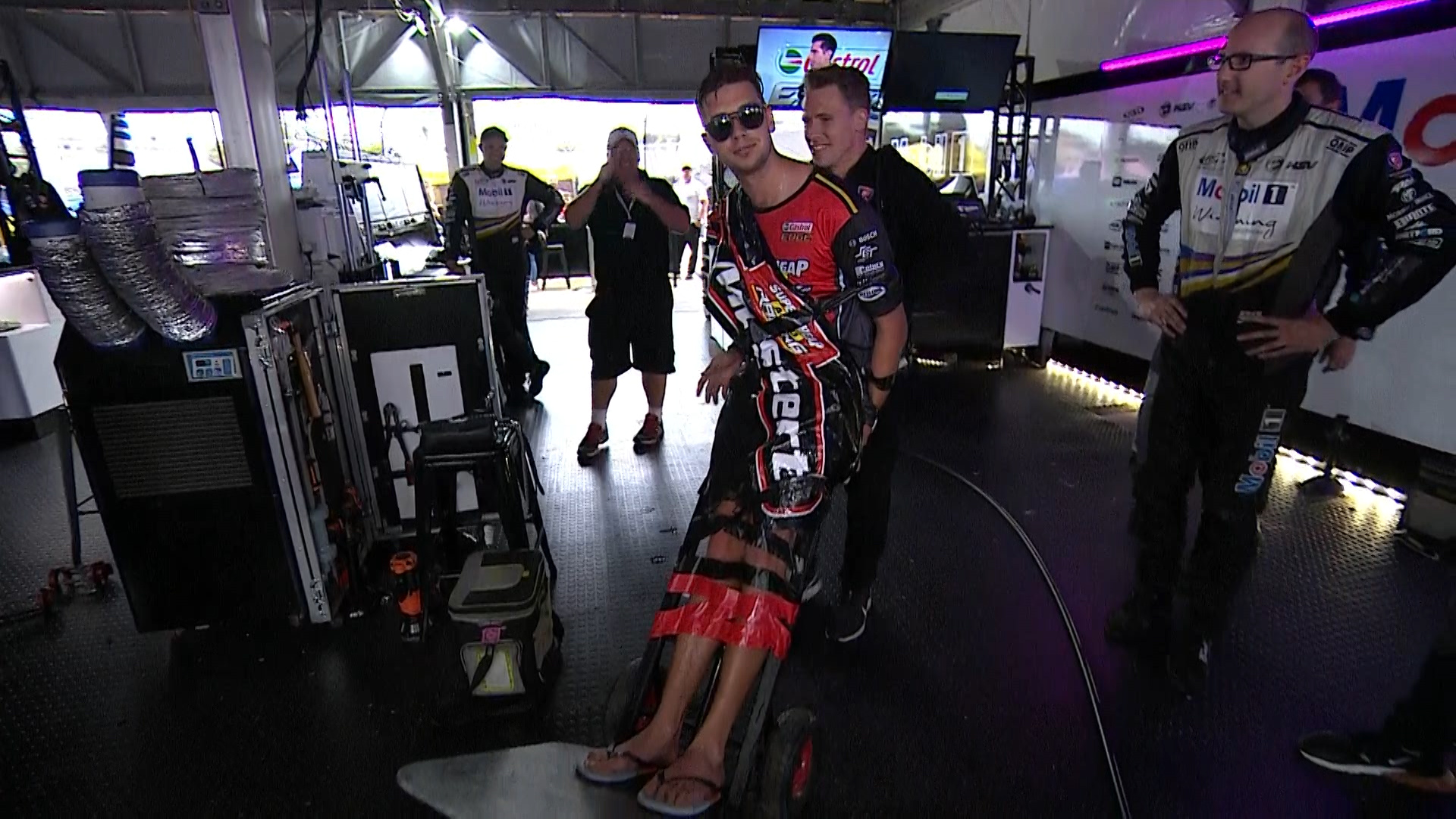 The star driver’s impending switch to the Holden squad has been an open secret for months, but is yet to be made official by either party.

After finishing sixth in today’s race, Mostert was taped to a tyre trolley by Tickford mechanics and wheeled down pitlane, into WAU’s garage.

Mostert was then wheeled out of the back of the WAU pit by a smiling team owner Ryan Walkinshaw.

The ‘delivery’ of a defecting driver by mechanics has long been a tradition in the Supercar paddock, although proved difficult for WAU or Mostert to explain on this occasion.

“He was just a visitor to our pits,” said WAU co-principal Bruce Stewart on Supercars Trackside.

“We said ‘go back to your team and we’ll catch you again later’.”

Once back at the Tickford garage, Mostert also laughed off the matter when approached by commentator Neil Crompton.

“I don’t know what you’re talking about,” he smiled.

“I’m not sure what’s going on, but I wasn’t on the podium today so we want to make sure you big gun commentators would come down and talk to us.

“We thought we’d have a bit of controversy.”

Mostert is likely to be confirmed at WAU this week in a line-up that is also expected to include newly crowned Dunlop Super2 Series winner Bryce Fullwood.

Tickford is meanwhile expected to replace Mostert with Jack Le Brocq, who has spent the last two seasons at Tekno.