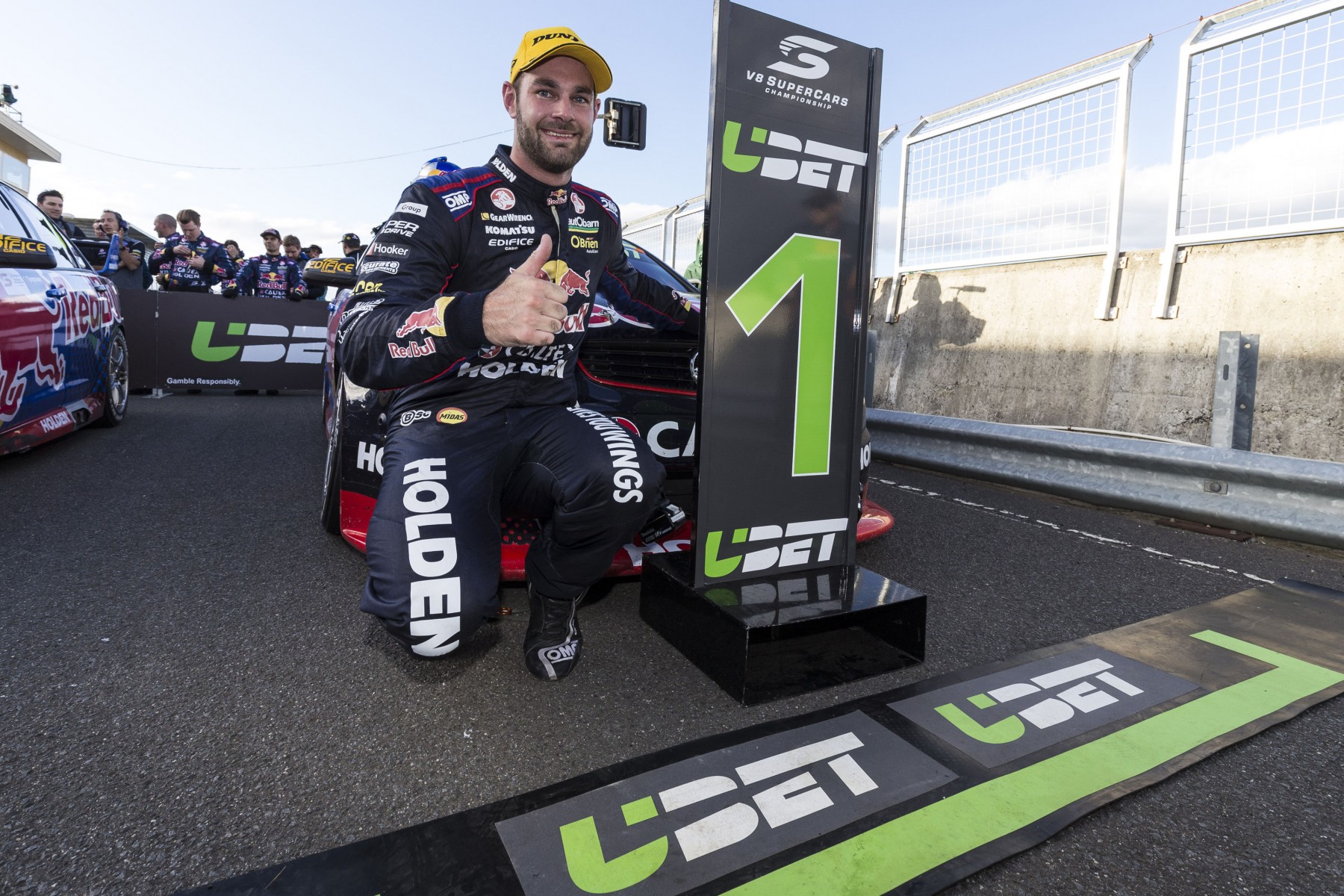 Appearing for the first time at this weekend’s Tyrepower Tasmania SuperSprint, the new format sees the two 60km races that have been a feature of Saturday afternoons since 2014 replaced with a single 120km race, with a compulsory pit stop for tyres.

Drivers also got a 15-minute session to qualify for the race, an increase over the 10-minutes seen in 2015.

Combined with the switch from the hard to the soft Dunlop control tyre, the changes saw an incredibly entertaining 50-lap affair this afternoon, with engaging battles throughout the field.

Van Gisbergen was enthusiastic when asked about the change to the longer, single race.

“I really like these new formats, they've done a good job with them. We know what last year's races were like, and now we've got good tyres, we've got some pit stops and some strategy.

“I think that was a pretty exciting race to be a part of and there were some good battles happening behind me. It's a credit to (V8) Supercars – they listened and they changed, and it was a really good race.”

The change to the longer format saw the reintroduction of pit stops to Saturday’s racing, which saw team strategy and pit stop speed become crucial to a good result.

Pole sitter Mark Winterbottom paid the price with a slow pit stop knocking him down the order, forcing him to fight back to finish in ninth position.

Despite the result, he’s still a fan of the new formats and tyre allocation.

“Qualifying is the best part of the weekend now, the format means you can go hard at it to get green sectors and really push as hard as you can,” Winterbottom said.

“There’s more scenarios to play out, so I love what V8 Supercars have done – I think fans get a better race and qualifying for me that’s the big change.”

Tomorrow will see an even longer 200km, 84-lap race with compulsory stops for tyres and a 120L fuel drop.