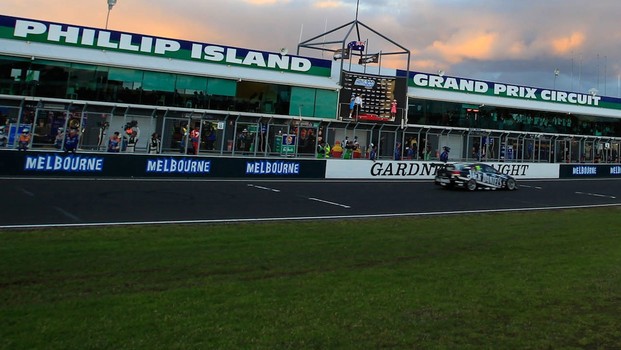 Thecritical Phillip Island 360 has been extended to three full days of actionfollowing a V8 Supercars Commission decision to reinstate a full Fridaypractice day.

Thepenultimate event of the year in the lead-up to the Sydney 500 Championshipdecider was originally slated as a two-day event. The Commission has reversedthat call to provide more space for practice and support classes.

Thedecision was made to ensure fans have prime opportunity to see the V8 Supercarson track and will feature practice sessions on Friday with free entry.

The revisedschedule mirrors that of the highly successful Tasmania Microsoft Office 365and the Chill Perth 360 earlier this year which attracted strong Friday crowds.

V8Supercars General Manager of Motorsport Damien White said it was a greatopportunity for teams to take advantage of the additional practice in what willbe a critical close to the Championship season.

“Fans willnow have V8 Supercars on track for three full days. It is great for fans andgreat for teams to have extra track time heading in to the end of the 2013Championship,” White said.

“It proveda very successful mix in Perth and Tasmania, which was well received by thestrong Friday turnout at both those events.

“The formatfor the weekend features the 60/60 Supersprint which has been an excitinginnovation for 2013. Friday includes three practice sessions with a fourth onSaturday morning.

“The 60/60sprint race on Saturday will follow an action packed qualifying. Sunday bringstwo 15-minute qualifying sessions, each to set the grid for two 100km raceslater in the day.”

Thespectacular Phillip Island will host the final Supersprint format ahead of the2013 V8 Supercars Championship finale at the Sydney 500.

The PhillipIsland 360, running from November 22 to 24, will see plenty of on track action with three daysof V8 Supercars racing supported by top Australian motorsport categories TouringCar Masters, Formula Ford and Australian Superbikes as part of an exhibitionround.

19/06/2013
Related Content
2013 Sargent Security Phillip Island 360  ›
Stay In The Know
Sign up to the Virgin Australia Supercars Championship Newsletter
We use cookies to ensure that we give you the best experience on our website. If you continue to use this site we will assume that you are happy with it.Ok