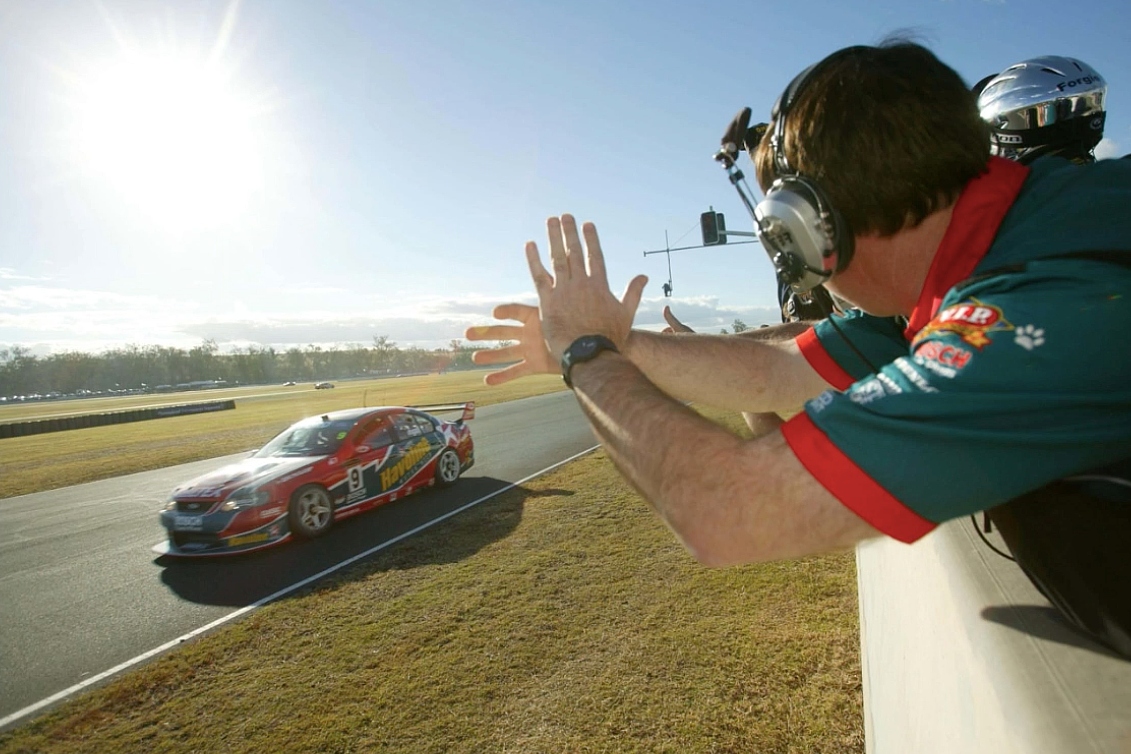 Turn 1 at Winton wreaked havoc in the opening lap, with multiple cars spearing off across the infield.

Murphy and Ingall went head-to-head on the front row for the Winton finale.

Cameron McConville suffered a major accident and ended up on his roof at Turn 4, while Mark Larkham came unstuck in a battle with John Bowe on lap 36.

Holden Racing Team duo Craig Lowndes and Skaife locked out the front row at Queensland Raceway, ahead of Ingall and ark Larkham.

The HRT Commodores led the way throughout the 17-lap sprint, and came under attack from Ingall.

HRT continued to dominate the weekend, with Lowndes leading from start to finish.

The finale at Queensland Raceway saw Lowndes start from pole alongside teammate Skaife.

Ingall applied the pressure to Skaife for second as Garth Tander waited in the wings.

Disaster struck for Jason Bargwanna following an aggressive move from Tony Longhurst, sending him off on lap 13.

Jason Bright led the 2003 championship to Queensland Raceway, despite having no race or round wins to his name.

Marcos Ambrose started from pole alongside Skaife, with Paul Morris and Ingall behind them.

Skaife claimed the lead from Ambrose on the opening lap and Ingall moved up to third.

Ambrose stalled during his fuel stop on lap 56 and received a drive-through penalty over contact with Steve Ellery.

Ingall sailed into the lead as Ambrose rejoined 16 seconds behind second-placed Skaife.

With 10 laps remaining, Ambrose had clawed back to within half a second of Skaife, and passed him three laps later.