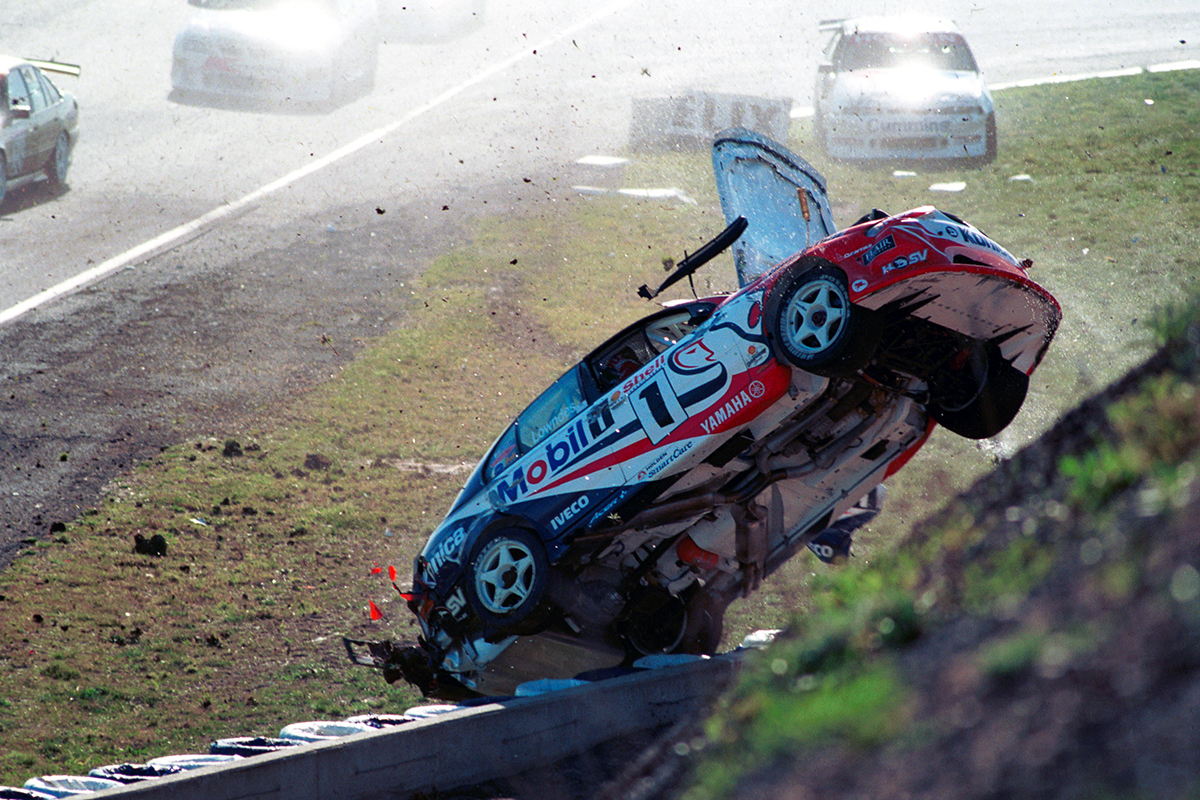 Supercars' extensive TV library is at your fingertips, bringing fans nearly two decades of racing to enjoy all over again.

You can watch the extensive SuperArchive library any time on-demand on the Supercars official YouTube channel.

The infamous round at Calder Park in 1999 began with Jason Bright and Craig Lowndes starting from the front row for the opening 21-lap sprint.

Mark Skaife jumped from fourth to second off the line, with Lowndes leading the race.

Paul Radisich lost his front spoiler on the first lap, sending him to pit lane on lap 3.

The repaired Shell Ford returned to the track at the back of the field, only to spin off again on lap 15, Radisich incurring more damage to the replaced front spoiler.

The final laps saw Russell Ingall and Jason Bright locked in a battle for third, with the Holden Racing Team duo sailing to a one-two victory.

The second race at Calder Park remains one of the most replayed moments in Supercars history.

A multi-car crash at the start of Race 2 sent Lowndes' Commodore rolling down the front straight and over a concrete barrier.

The crash sidelined Lowndes for the next round in Tasmania as he had to undergo surgery to repair damaged ligaments in his left knee.

At the second attempted start, a similar but less dramatic crash saw Bright fired into the wall before Turn 1.

Lowndes' team-mate Skaife eventually went on to win the race.

The final 21-lap sprint in Melbourne saw Skaife started from pole alongside Ingall.

Ingall stalled on the line, suffering a mechanical failure.

Garth Tander jumped into the lead, with Skaife hot on his heels.

The future 2007 champion defended from Skaife to the chequered flag, claiming his first championship race victory.

A rain-soaked Sandown played host to its second race of the weekend, with Skaife starting from pole.

A spectacular start from Greg Murphy saw him jump from eighth to second before the first corner.

Larry Perkins suffered damage to the front of his Commodore on lap 1, pulling over on the circuit before smoke began billowing from the bonnet.

Meanwhile, a heated battle for third ensued between Lowndes and Todd Kelly, the pair exchanging places in the slippery conditions.

The Safety Car came out moments later to attend to Perkins' stricken Commodore.

Paul Romano was the next casualty, seeing his bonnet folded over as he limped back to pit lane.

The restart on lap 6 saw Murphy clinch the lead from Skaife, as the HRT driver struggled for grip heading onto the back straight.

Wet conditions continued to cause havoc throughout the 48-lap race.

Kelly was the first car to pit, a move that would win him the lead of the race.

Kelly led to the chequered flag, 12 seconds ahead of teammate Murphy, and on his way to his maiden championship round victory.