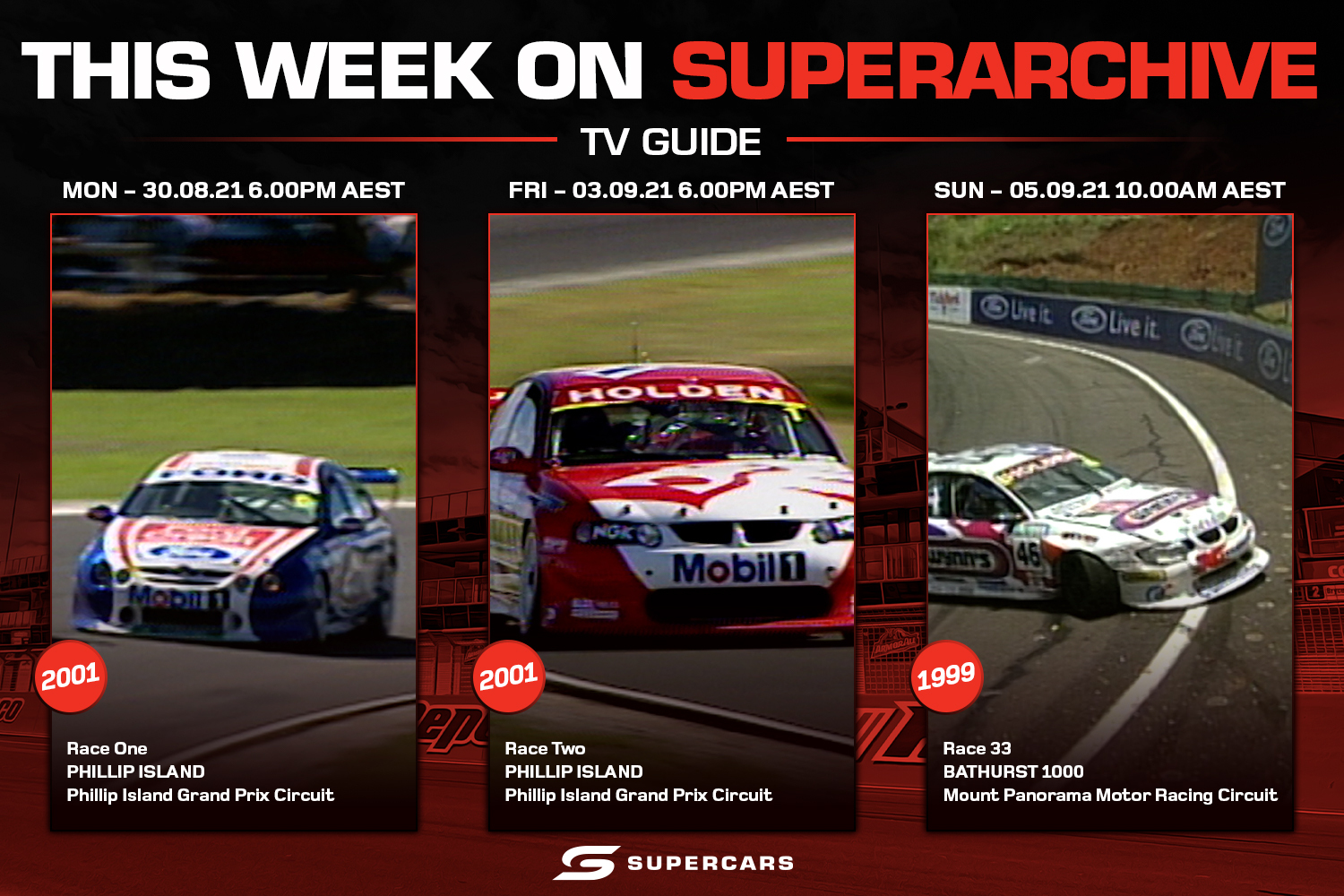 The former Holden Racing Team driver jumped to the blue side of the fence ahead of the 2001 season, set to face off against ex-teammate and reigning champion Mark Skaife.

Qualifying third but nabbing pole position in the Top Ten Shootout, Skaife got his title defence off to the perfect start at Phillip Island.

The 2000 champion dominated the entire weekend at Phillip Island, winning both races and collecting maximum points.

Lowndes, on his Ford debut for Gibson Motorsport, was second.

One of the most popular drivers ever to tackle the Mountain, Johnson shared his Shell AU Falcon in his retirement year with his son Steven.

Although his fourth Bathurst win may have eluded him, Dick was still the highest-placed Ford driver in 1999, finishing fourth.

A total of 55 cars stormed into Hell Corner on that day in the middle of November, with victory belonging to Greg Murphy and Steven Richards in the Gibson Motorsport Wynn’s Commodore.