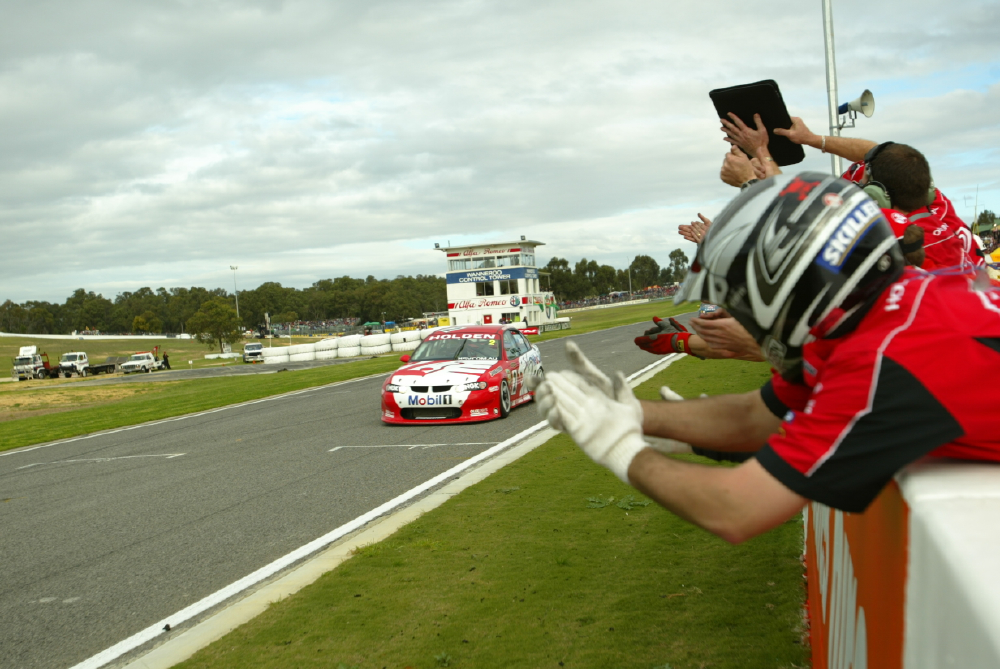 An opening lap tangle sent championship points leader Russell Ingall spearing off the track and out of contention.

After topping qualifying and winning the first race of the weekend, Jason Bright battled with Craig Lowndes throughout the 46-lap thriller, but was unable to topple the #888 driver.

Disaster struck for Greg Murphy when his Kmart Commodore coughed and spluttered out of the lead, and Jamie Whincup made his Supercars debut.

A fierce battle between Greg Murphy and Mark Skaife off the line saw the pair exchanging the lead throughout the opening lap at Barbagallo Raceway.

Lead competitors come unstuck at the Perth circuit, with Skaife, Craig Lowndes, and Marcos Ambrose all spearing off onto the infield.

Jason Bright would prevail to claim victory and the round win in Perth, with Greg Murphy and David Besnard rounding out the podium.