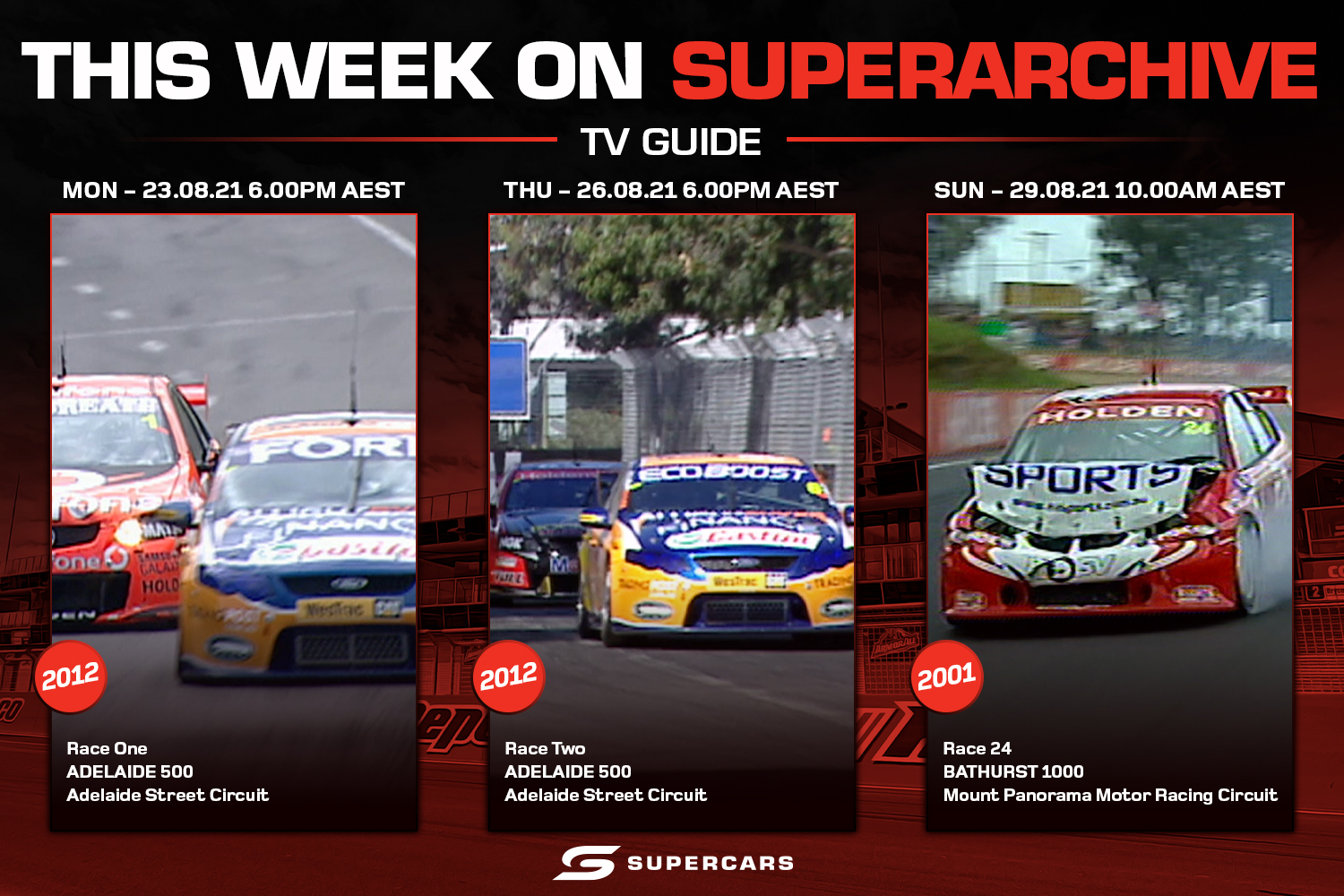 After qualifying on pole for the first race of the 2012 season, Craig Lowndes comes under fire from Garth Tander and Will Davison in a 78-lap thriller.

Reigning champion Jamie Whincup has an uncharacteristic qualifying result, seeing him starting from fifth, the first time he hasn’t qualified on the front row since 2007.

A fuel strategy change, new tyres and a miscalculation for Will Davison, nets Whincup his first win of the season.

Jamie Whincup claims his first pole of the season beating HRT’s Garth Tander by one-tenth at the Adelaide Street Circuit.

But starting from pole isn’t enough to stop Tander jumping into first, before the Ford’s of Will Davison and Mark Winterbottom came charging through.

A misfire for Whincup sees him slipping into the grips of Ford Performance Racing, who net a 1-2 result in the second race of the season.

In a bizarre mix of rain, hail, and sunshine, Holden Racing Team's Mark Skaife claimed a thrilling victory and all but sealed his second consecutive Supercars championship title.

Skaife and Tony Longhurst won the race narrowly from surprise contenders Brad Jones and John Cleland ahead of Greg Murphy and Todd Kelly in the Kmart Holden.

The reigning champion had to hold off Jones in the last 30 laps to claim the first Bathurst victory for HRT since 1996, by 2.3 seconds.