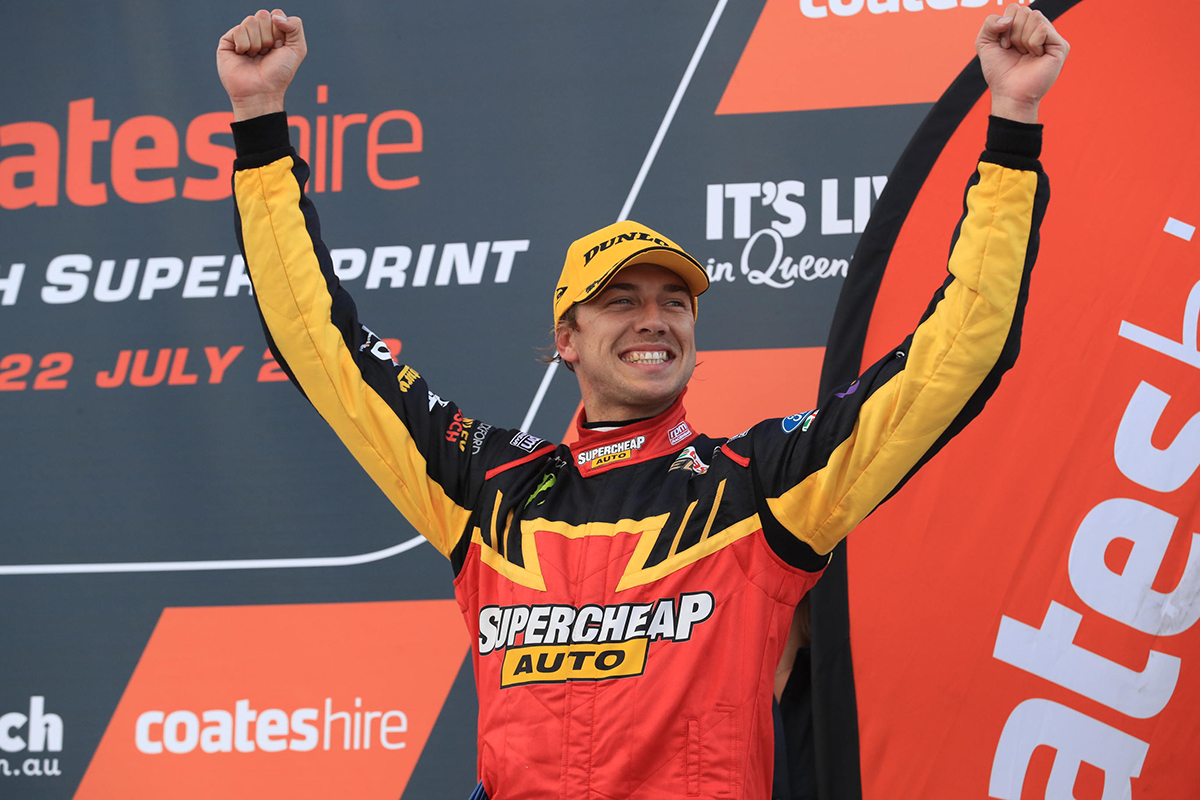 Chaz Mostert says a last-lap battle with Jamie Whincup that yielded a drought-breaking podium felt like ‘2014 Bathurst all over again’.

Mostert finished third on Sunday at Queensland Raceway, snapping a run that stretched back to the Vodafone Gold Coast 600 last October without a podium.

The Supercheap Ford started third and ran with eventual first and second place finishers Shane van Gisbergen and Scott McLaughlin for much of the contest.

He faded late, however, and only just held off Whincup, who Mostert had been shoved wide by at Turn 6 early on Saturday on his way to sixth.

Mostert was clearly ecstatic with his podium return after a rough season for Tickford Racing, which is finally showing signs of turning its fortunes around.

“It's absolutely fantastic, third feels like a win for me today," he said.

“It's just good to be able to see the leaders, be able to race them and pit a little bit earlier, try and bring some more people in.

“It's cool when you're able to have a race like that, instead of just evening out your stints and just trying and survive.

“To be able to attack again today and attack yesterday as well is really exciting.

“That last stint I pushed pretty hard, I felt 'the car is pretty strong, let’s see what it has'.

“I probably paid for it a little bit later, but it was good to have that little battle with Jamie as well.

“That third felt like it was 2014 Bathurst all over again, just trying to hold on because I really wanted that.” 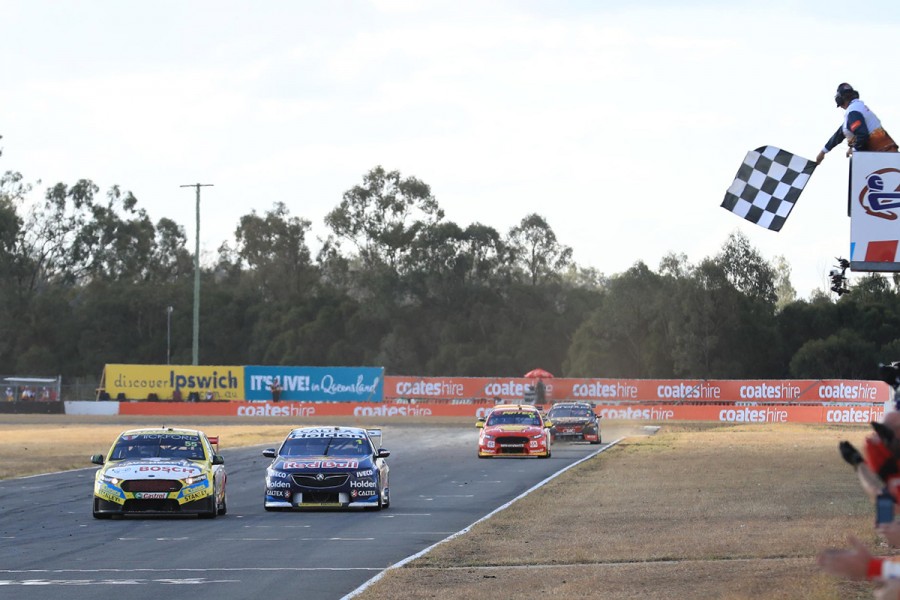 While Mostert won last year and has traditionally performed well at Queensland Raceway, he feels this weekend's results are a sign of progression.

He’d qualified just 17th and 12th for the races in Townsville a fortnight ago, but a fifth place finish in that event’s Sunday race was a reason for encouragement.

“To be able to qualify [well] this weekend was really good,” Mostert continued, having qualified second on Saturday, before being demoted to fifth by an impeding penalty.

“In Townsville the car felt really good because I got a top five on Sunday, [but] I was driving the car really badly in qualifying.

“Coming here, Adam’s [De Borre, engineer] biggest thing instead of changing the car too much, was probably more just trying to tune me up and get me back into the rhythm that I need to drive this car to extract the speed.

“I'm really happy and hopefully we go to the next track and just build on this momentum.”