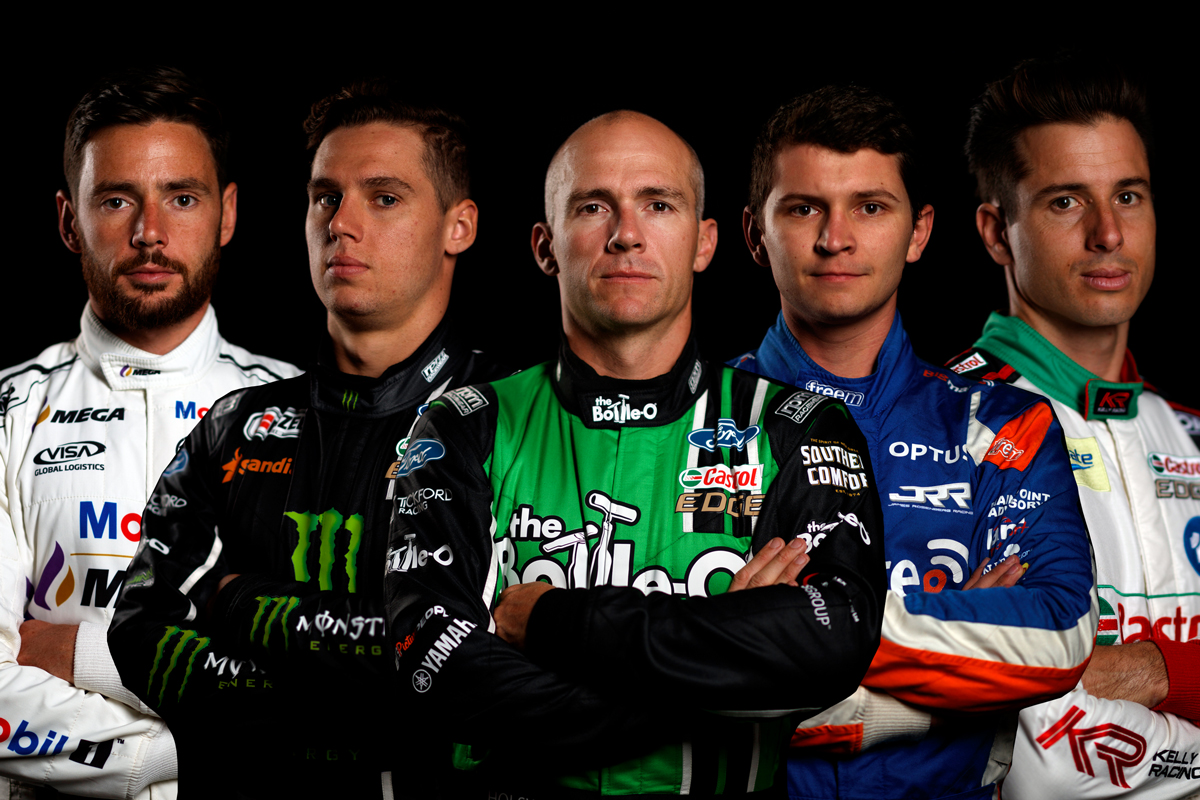 Tickford Racing recruit Lee Holdsworth and team-mate Cameron Waters are the biggest winners of the 2019 Virgin Australia Supercars Championship so far, against their '18 campaigns.

Holdsworth has gained more places than any other driver when current championship positions are compared to the end-of-2018 standings.

Waters and Todd Hazelwood are next, with 16 of this year's 30 races complete.

Fabian Coulthard has also regrouped in style from a difficult 2018 campaign.

At the other end of the order, Scott Pye and Rick Kelly are enduring difficult 2019s after winning a race and finishing in the championship top 10 last year. 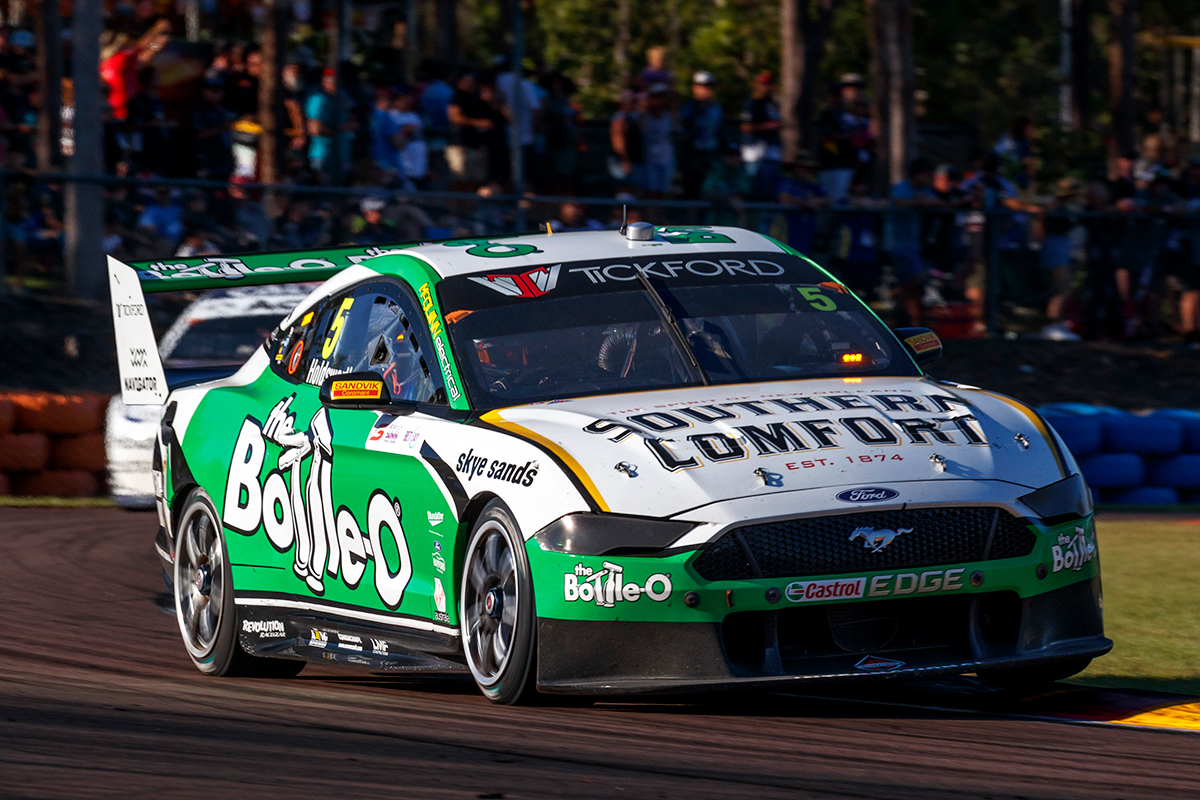 Holdsworth's last season with Team 18 is one he won't remember fondly, finishing 21st in the standings with a sole top 10 coming in the Newcastle finale.

By then, he knew he was being forced out of Charlie Schwerkolt's operation to make way for Mark Winterbottom, but Holdsworth ultimately landed Winterbottom's former Tickford seat.

In The Bottle-O Mustang, Holdsworth was only 17th in the points after the Adelaide opener but has made steady progress to break into 10th last time out at Hidden Valley.

That represents a gain of 11 places for the 36-year-old.

His new team-mate Waters finished eighth in the 2017 championship but fell to 16th last season as Tickford struggled.

Waters is back up to seventh this year with four podiums to his name.

He has returned to form and sits second to his Shell V-Power Racing team-mate.

Milwaukee Racing moved from being a standalone, single-car outfit to running within Tickford Racing, and Will Davison has put that to good use to sit in the top 10.

The new pairing of Waters and Davison has been the big mover in the teams' championship, up six places to fifth.

Last year, Tickford's second combination of Waters and Richie Stanaway was only ahead of the single-car outfits.

Like Hazelwood, Matt Stone Racing is on the move, up four places from its first season. 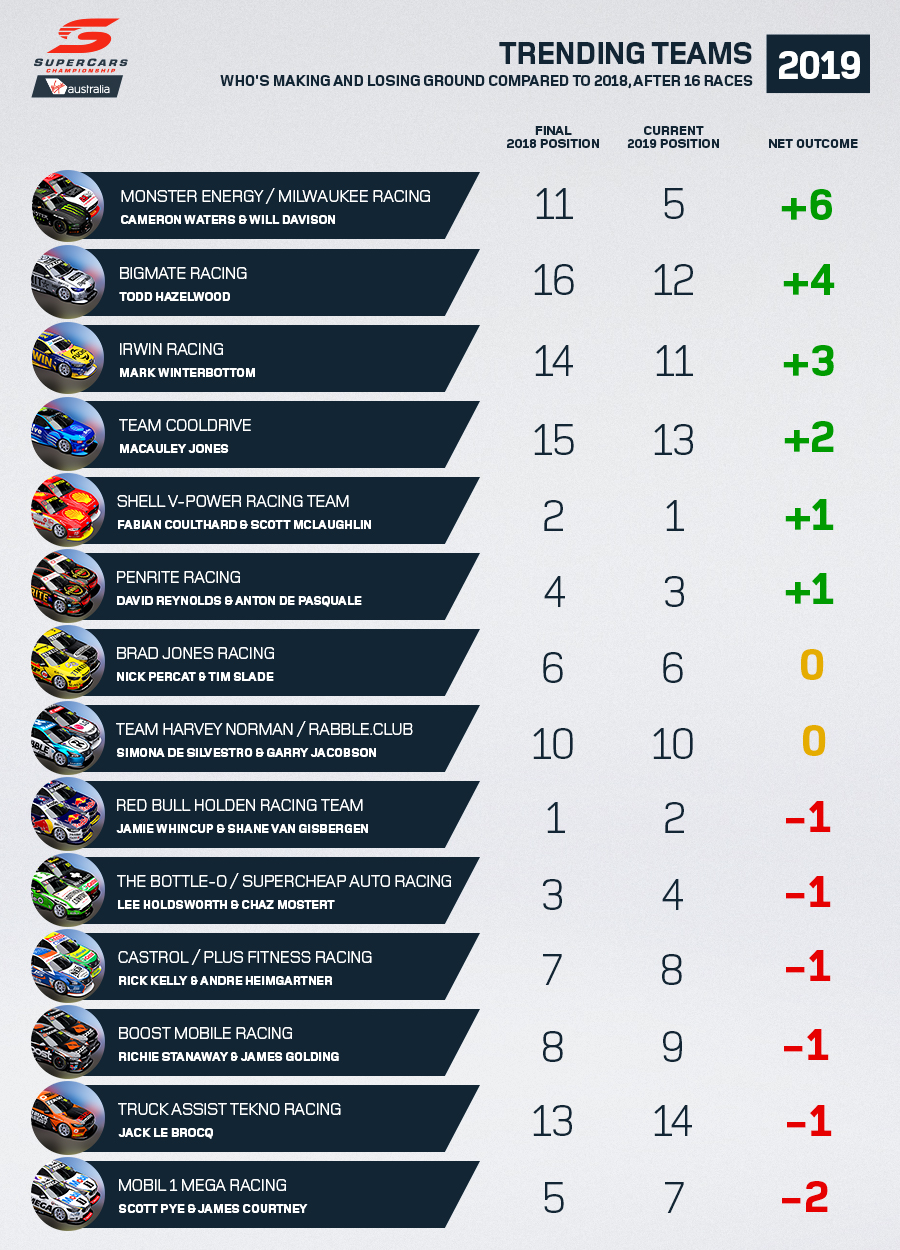 Stuck in the middle

Four drivers are in the same positions they finished 2019 and, coincidentally, three of them are in the low-teens.

Winterbottom's form does, though, mean Team 18 has gained three spots to be the best of the single-car squads in the teams' championship.

The other is McLaughlin, at the top of the order.

But to say McLaughlin is in the same position isn't quite accurate; he won the 2018 title by 71 points but is currently 319 clear, more than a weekend worth of points. 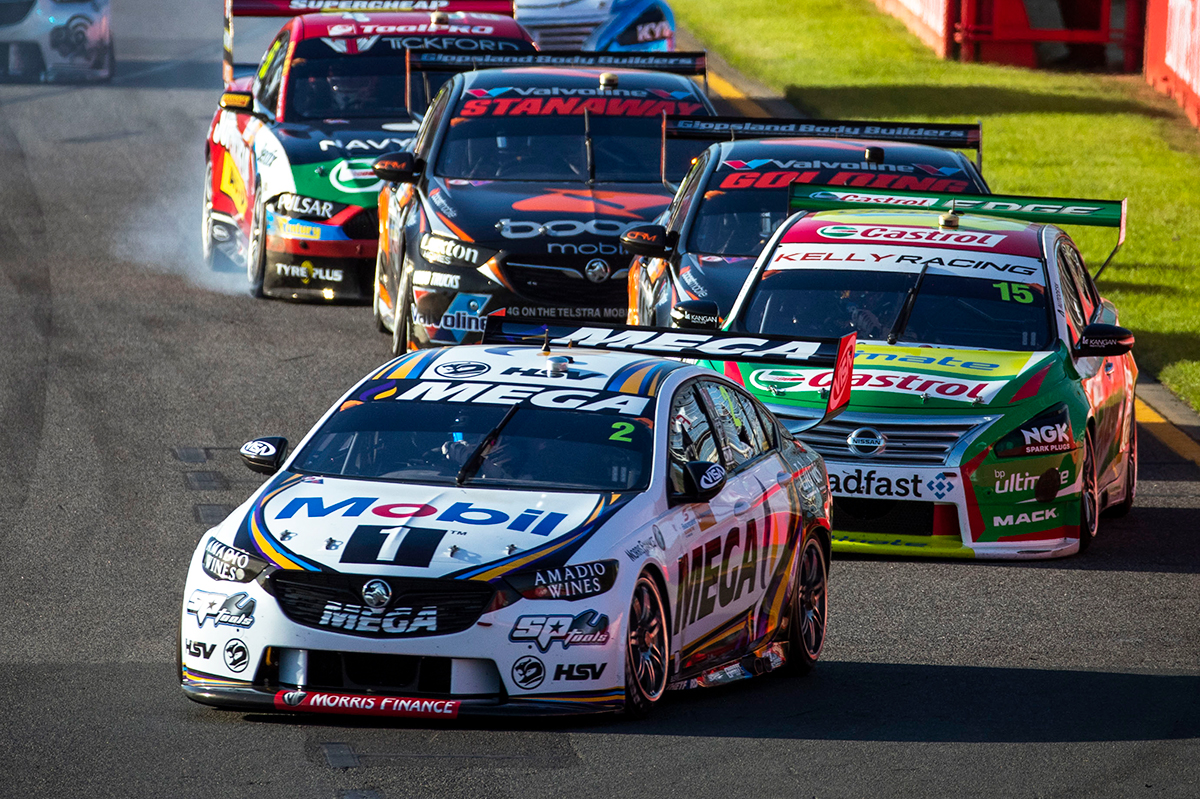 Red Bull Holden Racing Team pair Shane van Gisbergen and Jamie Whincup are both down three places from where they finished 2018, to fifth and sixth.

Jack Le Brocq's challenging second season with Tekno is reflected by a drop of four places, having been 2018's top rookie.

But Pye and Kelly have been the hardest hit after taking seventh and eighth in the standings and a race win apiece last year.

They have lost nine and 10 places respectively, to 16th and 18th.

Pye's Mobil 1 MEGA Racing has not been able to build on its 2018 gains, and is down two spots in the teams' points.

Rick Kelly  ›
Stay In The Know
Sign up to the Repco Supercars Championship Newsletter
We use cookies to ensure that we give you the best experience on our website. If you continue to use this site we will assume that you are happy with it.Ok