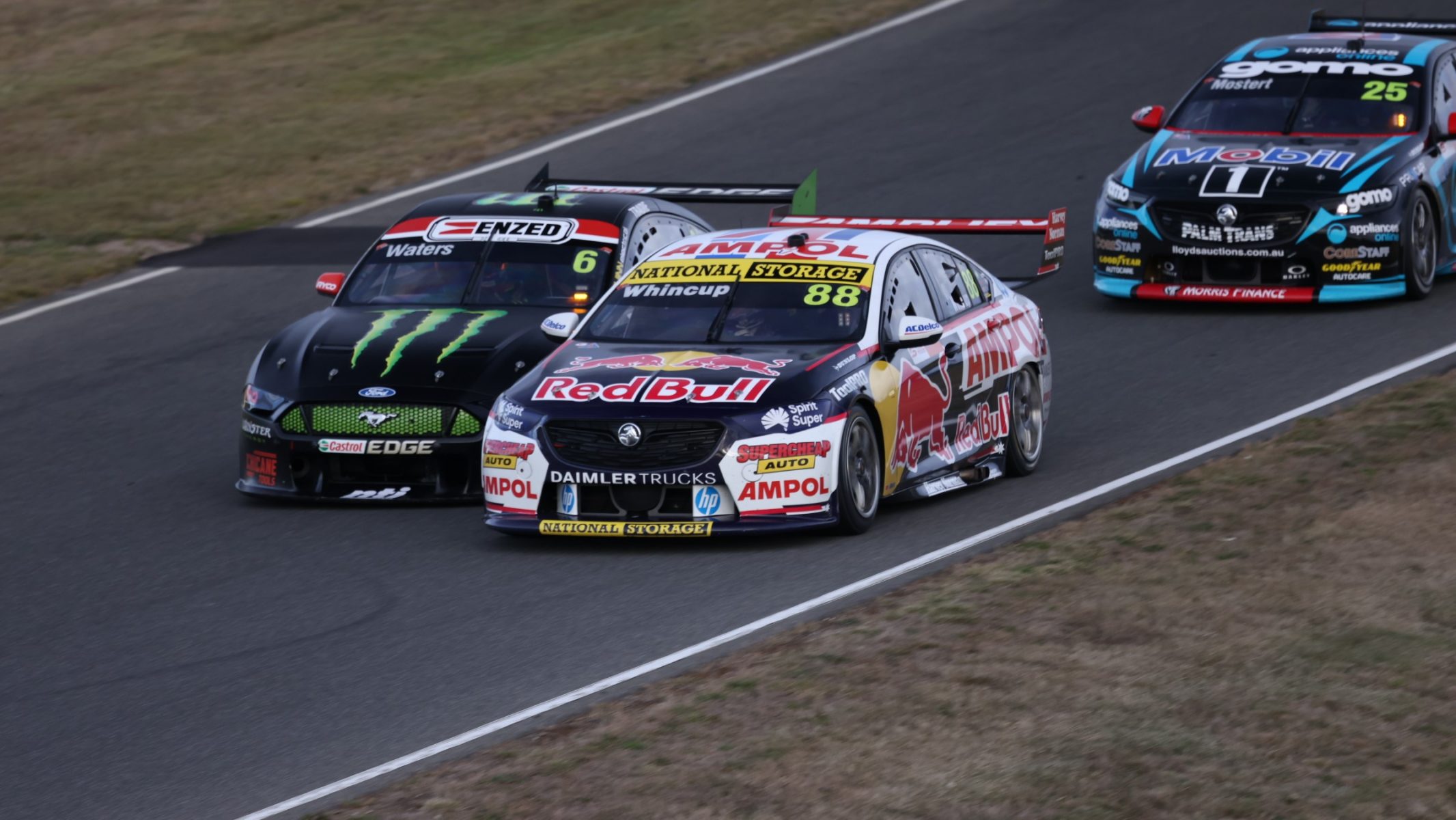 Waters raced into an early lead after winning the start over pole man Shane van Gisbergen.

The #6 Monster Energy Mustang initially stretched its legs, before Waters fell back into the clutches of van Gisbergen.

The lead changed at Turn 6 on lap 9, before Jamie Whincup and Chaz Mostert demoted the struggling Waters to fourth.

Tickford Racing brought Waters in on lap 21, four laps after Whincup made his compulsory stop.

The latter outcome proved a hammer blow for Waters, who was unable to overcome both Shell Fords.

Will Davison, who started and finished fifth, was brought in on lap 11, with Anton De Pasquale stopped on lap 14.

As De Pasquale went on to claim his first podium for Dick Johnson Racing, Waters could do little to close the gap to those ahead.

“Lap 1 was pretty good, and it kind of went downhill from there,” said Waters, who dropped further behind race winner van Gisbergen in the championship standings.

“We had an okay car today, obviously it’s good over one lap.

“In the race, it’s nowhere near as quick as the #97, or any Commodore really. 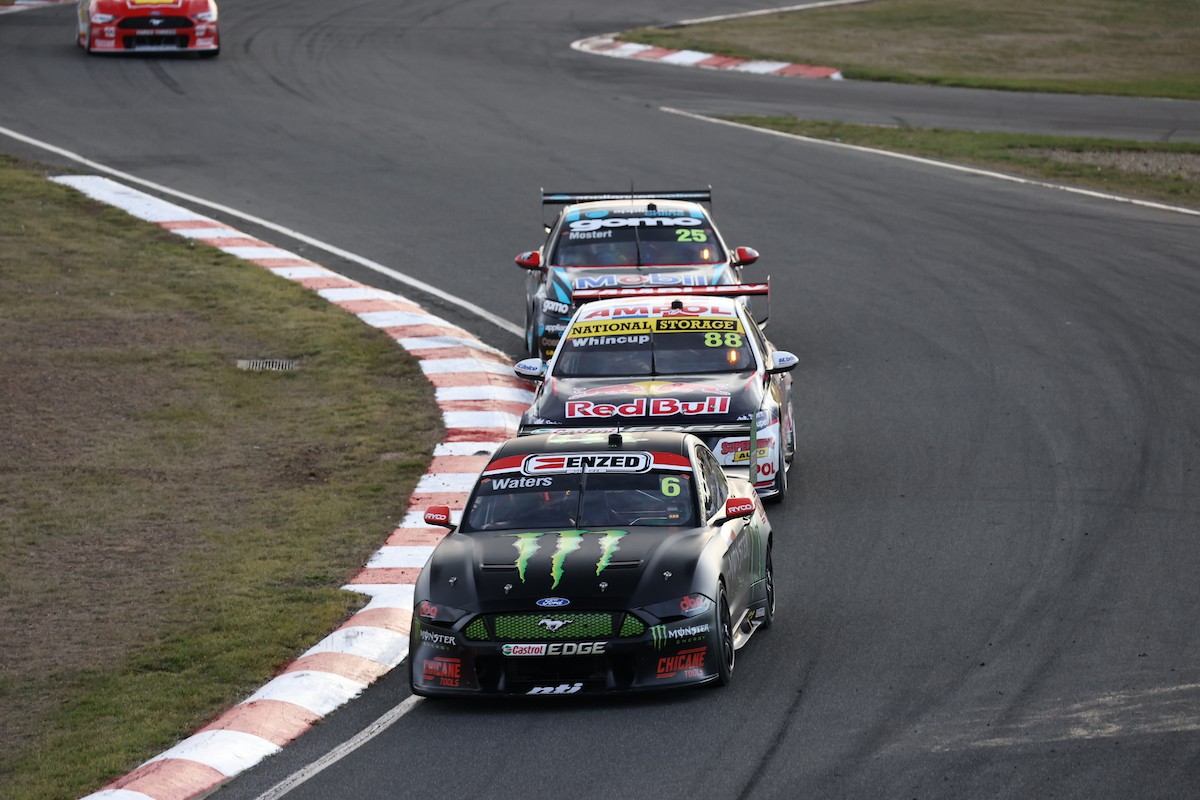 Waters leads Whincup and Mostert before the overtake

“We probably had the DJR pace, just did it a little differently with strategy.

“It didn’t really work for us. Not our day.”

Van Gisbergen himself was bemused by the sudden drop-off of Waters’ pace, having shadowed the Monster Mustang in the early stages.

However, van Gisbergen admitted he burned up a set of tyres in the race, which he conceded may compromise him on Sunday as he chases a record-breaking seventh straight win in 2021.

“Cam was really quick at the start, then he sort of dropped off,” van Gisbergen said after the race.

“Our car was looking after its tyres, and I pushed quite hard and still hang in there, at the end we had good speed too.

“We’ll be fine, just one of the stints we’ll struggle, we have to pick which one.”

Waters trails van Gisbergen by 202 points heading to Sunday’s action, which will commence with Race 7 qualifying at 10:45am AEST.