The trophy in van Gisbergen’s sights 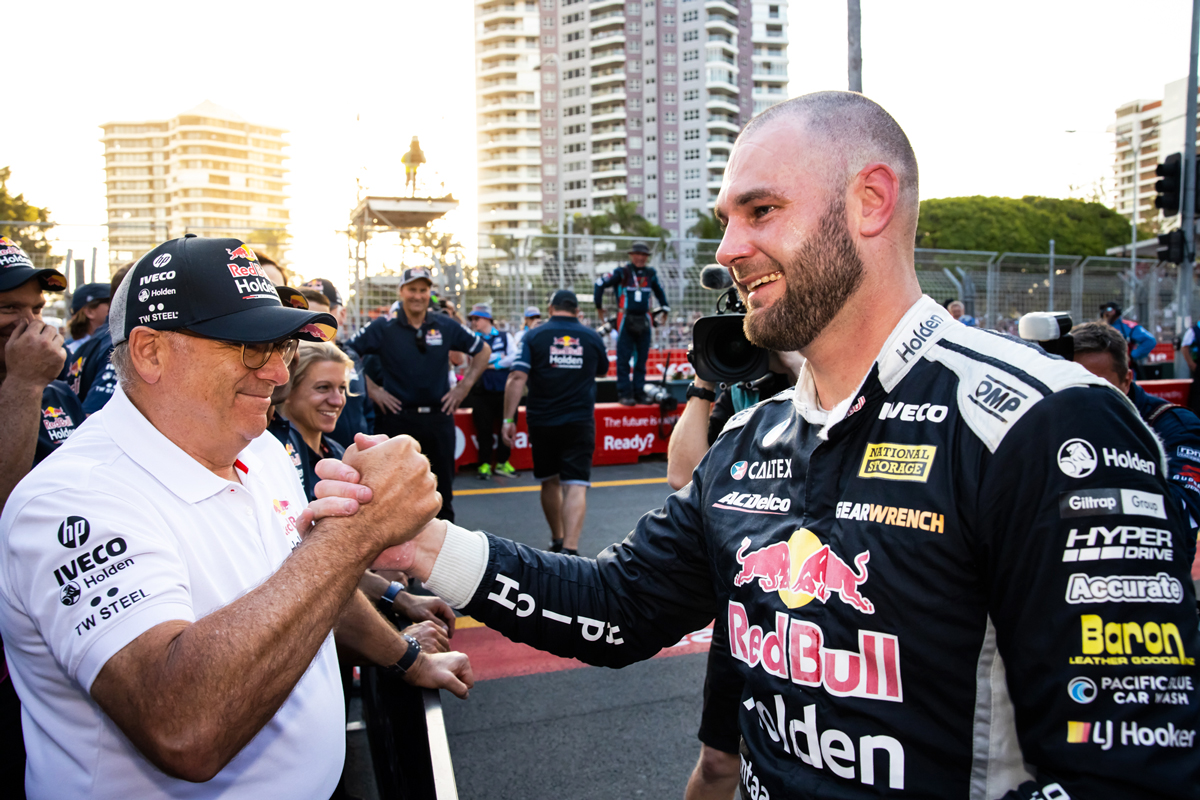 Shane van Gisbergen is the last man standing with a mathematical chance of denying Scott McLaughlin a second straight championship, but there is only one piece of silverware in his sights.

But with a maximum of 600 points left on the table across Sandown and Newcastle, van Gisbergen has laughed off suggestions he is still in the hunt for a second series crown.

“I think the focus now is the teams’ championship,” said the Red Bull Holden Racing Team driver, who added it was “pretty sad to see” McLaughlin and his Bathurst-winning car out of action.

A dominant weekend for RBHRT, headlined by a pair of 1-2 finishes, means they are suddenly just 132 points behind Shell V-Power Racing in the teams’ standings.

As many as 1248 points are still up for grabs for any one team, opening the door for Red Bull to have a red hot shot at unexpectedly defending their 2018 title. 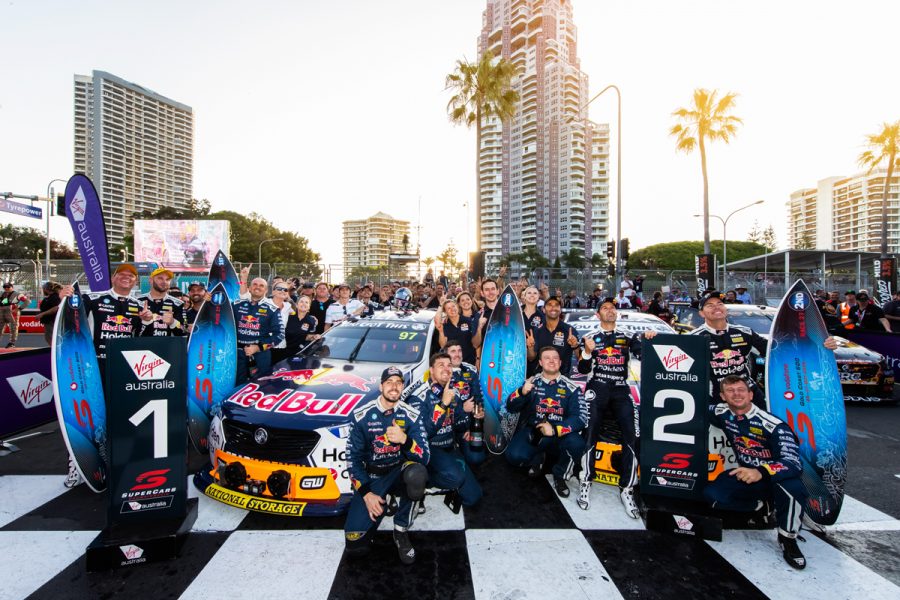 Van Gisbergen said a focus on that side of the championship had been behind agreements between the #97 and #888 entries to hold station in both Vodafone Gold Coast 600 races.

On each occasion, the car running second – Shane van Gisbergen on Saturday and Jamie Whincup the next day – had fresher rubber at the end of the race than their teammate but remained behind to protect the maximum haul of teams’ championship points.

“That was certainly the motivations behind the team orders both days, or just managing our pace and not racing [on Saturday],” van Gisbergen said.

“We have got to get maximum points and try to get them back.

“Unfortunate for Scotty [to miss Sunday’s race] and their team but we capitalised on it so certainly that’s something that we’re going to focus on for the next few races.” 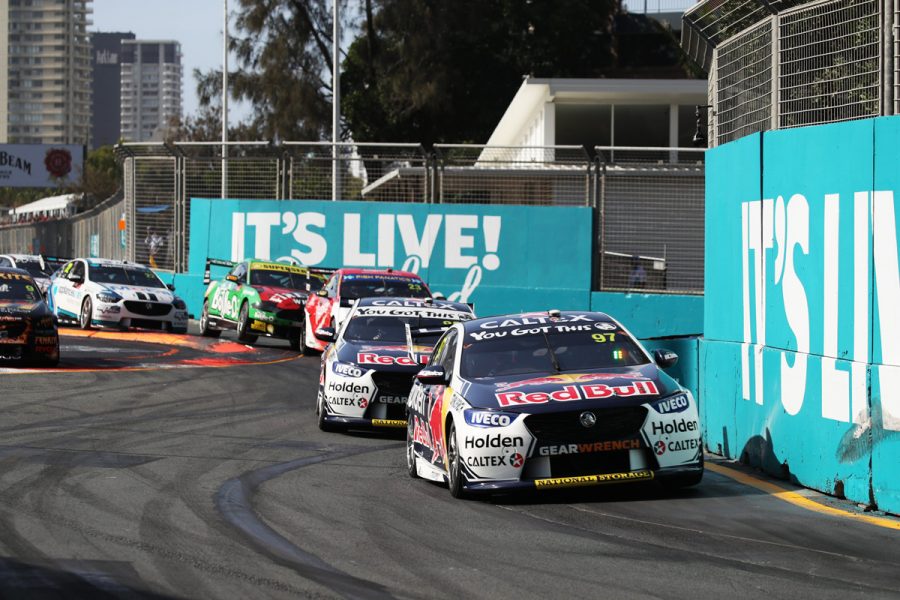 Whincup seconded his teammate in explaining the approach to maximise their opportunity.

“With respect to Car #55 [Chaz Mostert] and #17 [McLaughlin] who weren’t out there, we worked bloody hard and maximised both days with a 1-2,” he said.

“We’re not jumping to conclusions. We have got respect for what happened to Car #17 this weekend so while the championship is about who is the most consistent over the whole year, we’ll keep chipping away.

“There’s still plenty of points up for grabs and we’ll grind it out right until the last lap of the last race.”

Despite McLaughlin winning two-thirds of the 27 races to date this season, Red Bull has outscored Shell V-Power Racing in four of the past five rounds to carry strong momentum into the Penrite Oil Sandown 500 on November 8-10.