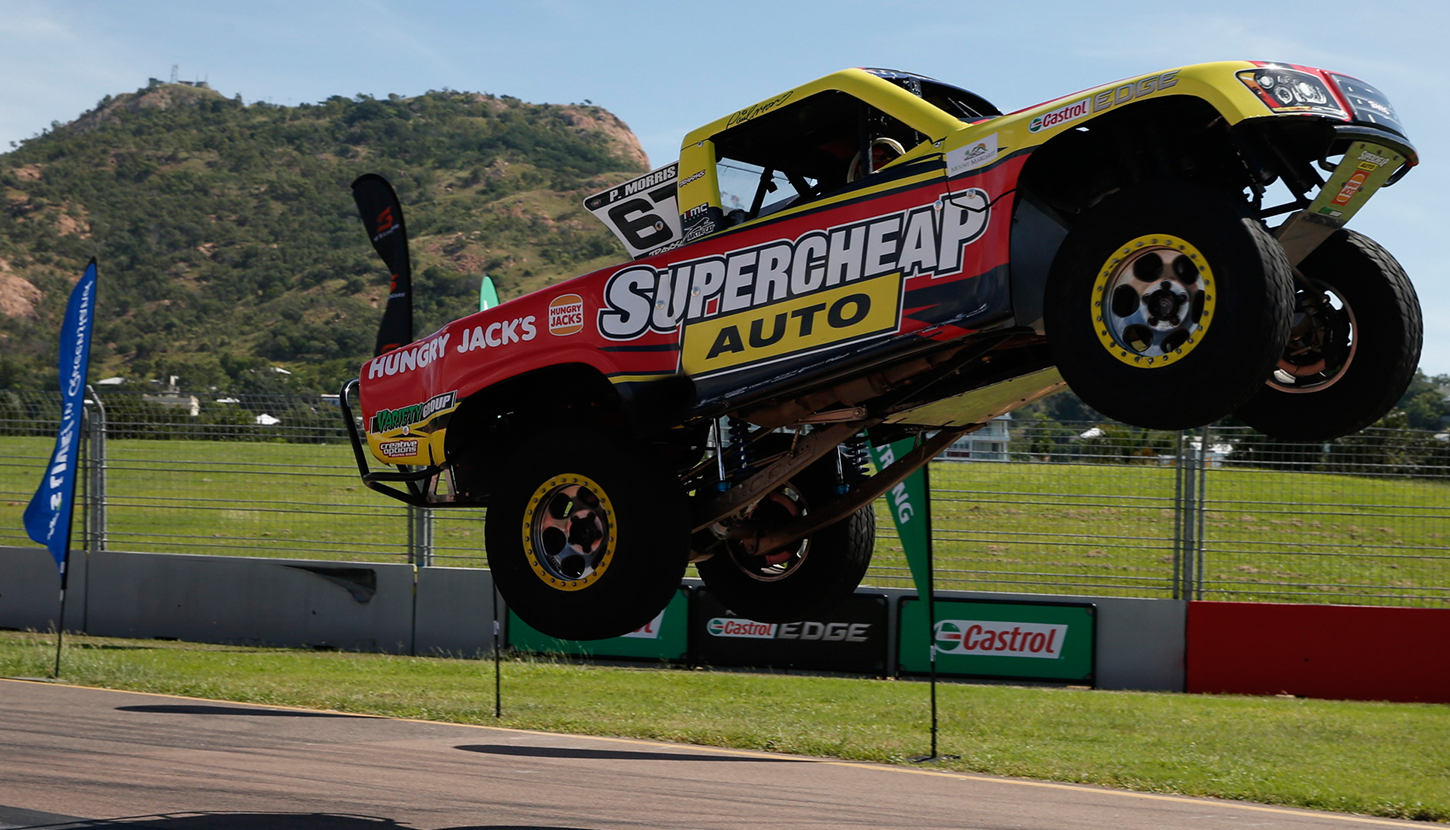 The precursor to this weekend’s main event is going to be huge.

The Stadium Super Trucks are hitting North Queensland for the first time and will be joined by the Dunlop Supercars at a crucial time in their season, as well as a couple more very popular categories.

You don’t need an elaborate family tree to see that the Stadium Super Trucks are related to IndyCar.

And in Townsville those family ties will be on full display as the son of an IndyCar great, Arie Luyendyk Jnr makes his first Aussie appearance. Keeping with the theme Matty Brabham will be hitting the jumps fresh off the back of his Indy 500 start, as well as E.J. Viso who has countless miles in America’s premier open-wheel category.

Joining the boys for the three races this weekend will be SST regular Paul Morris (who, for the record has raced Indy Lights) and of course the boss himself, Robby Gordon.

We are being treated to a memorable year of the Dunlop Series. After storming to an early points lead, Garry Jacobson had his handy 83-point lead slashed to naught in WA.

Now he and his teammate Jack Le Brocq are all-square, with James Golding just 13 points behind them.

Garry Rogers needs a driver for next season and we know how much he loves to back the youth. Golding has four Dunlop rounds and the Pirtek Enduro Cup to prove he should be in the #33 next year.

Also lurking around the podium is Andy Jones. The step up to the current model cars this year has really brought him back into championship contention. Keep an eye out for him this weekend.

Finally it will be interesting to see if Kurt Kostecki’s surprise jump to the main game will see him tackle the two Dunlop Supercars races with a different mentality. It’s kind of like turning the difficulty settings down from ‘expert’ to ‘beginner’.

Townsville and the Australian GT Championship are a nice fit. Sunshine and sports cars go well together and with all those yachts in the marina you could be excused for thinking we are racing somewhere on the Mediterranean when you see brands like McLaren and Audi chasing each other around.

Adding to the European flavour is the return of German, Christopher Mies who will be forming an imposing partnership with Carrera Cup regular Tony Bates in the Jamec Pem Audi.

The twin one-hour race format returns this weekend. And with it comes the somewhat unorthodox pit stop rules that can make the races harder to follow than Game of Thrones.

But as we head into the penultimate sprint round one thing is becoming clear – it doesn’t pay to be a pro. We are yet to see a pro driver with the highest possible rating claim a win this year, rather it’s been the low rated pro drivers and highly rated amateur drivers who have dominated with eight of the eleven races won by drivers rated between Pro 4 and Am 3.

As it stands Nathan Morcom leads the championship from Klark Quinn. Both drive McLarens and both have a Pro 4 rating.

I’ve enjoyed this year’s V8 Ute Championship a lot more than I thought I would. The prospect of small grid sizes had me worried at Clipsal but four rounds in I’ve been amazed at how right the saying ‘quality over quantity' can be.

It’s as if we trimmed the fat and left a mix of serious drivers like Kim Jane and Ryan Hansford but retained a handful of the characters that make the Utes so great.

David Sieders is still clinging to the championship lead but Nathan Pretty clawed back some points at Winton. They both have round wins here in the last three years.

Making his return to the series is three-time champ Ryal Harris, who is taking over from Kris Walton for the rest of the season. Walton has been one of the most entertaining guys in the category over the last four years so he’ll be missed but it’s great to have the champ back.

You’ll be able to catch all of the undercard categories on Fox Sports 506 and selected races on Network Ten.