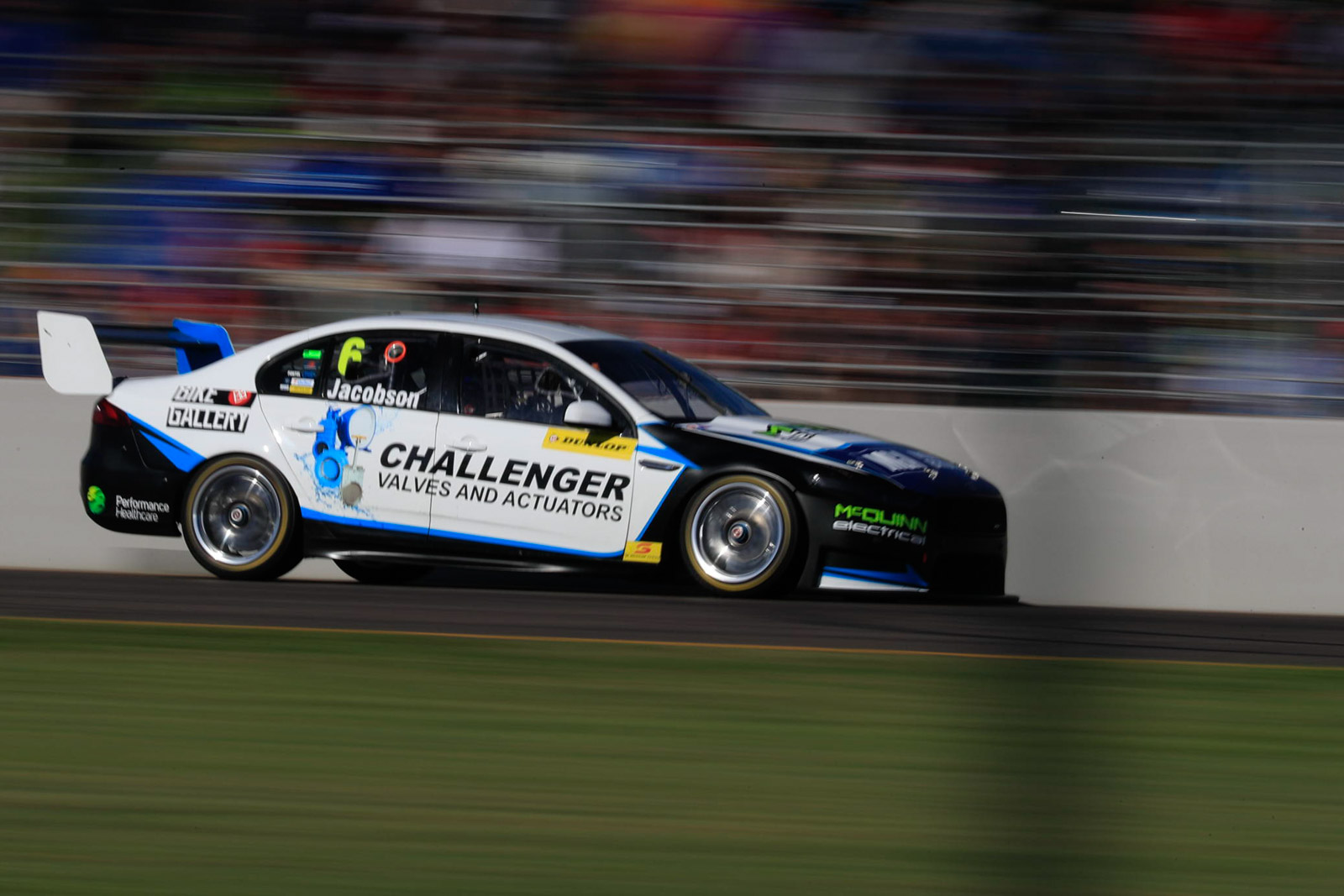 2016 has been an enthralling battle between the two Prodrive Racing Australia teammates of Garry Jacobson and Jack Le Brocq.

Right from Clipsal we knew this year was going to be all about them and apart from some intervention from James Golding and Paul Dumbrell, that’s how it played out.

Between them they have taken all but one pole position and all but one round win, with Jacobson stretching his lead out to 166 points over Le Brocq after Bathurst.

But with two races this weekend each worth 150 points and plenty of concrete to punish any lapse in concentration, this title fight is far from over.

On a side note, Paul Dumbrell won’t be racing this weekend after recently aggravating a previous shoulder injury, but we still have a solid 19-car field.

Is it possible that John Bowe has discovered the secret to anti-aging? It’s unlikely. Unlike the likely possibility of him winning another TCM crown this weekend, if that makes sense.

He has a 67-point lead over Eddie Abelnica, with Glenn Seton another five points off the pace. Race wins are worth 60 points in TCM, so Bowe will be looking to wrap this up before the final race of the season.

In the ProAm class, Jason Gomersall has already sealed the deal in his fan-friendly “Brock inspired” Torana, while Adam Garwood has already done enough to win the ProSports championship.

David Sieders is on the verge of finally getting the V8 Utes crown he’s long been deserving of. I often equate his time in the Utes to that of Mark Winterbottom in Supercars – so close, yet so far for so many years, just check out his record.

This is his chance to, “do a Frosty” and finally break through for the win. He’s 89-points up on Nathan Pretty, with wins worth 70 points.

I’m amazed we have any utes left in the country after the demo derby that was the Gold Coat 600. Some teams have pulled off minor miracles to be back at the track this weekend, including Craig Dontas, Bruce Oaklands and Craig Woods to name a few.

Having said that we will only have 15 utes on the grid for the three races this weekend, which is a sad way for this once mighty category to bow out.

The one thing that may distract David Sieders from winning the V8 Utes series is the fact he’s very much in the hunt for the Toyota 86 championship too.

The final round of what has been a very impressive inaugural season for the little 86 hot rods has come around quickly. At the point is 18-year-old, Will Brown who has already taken out the Formula 4 championship.

Winning two-national titles in the same year is something very few people have achieved but if the young man from Toowoomba can get it done this weekend, he’ll join the likes of Mark Skaife in that small club. Very fine company indeed!

He has a 68-point lead over David Sieders, which means fourth in all three races would be enough this weekend. A good qualifying position is the key to making that happen with a bumper 32-car grid.

Oh yeah, I nearly forgot to mention the reigning Bathurst 1000 champ will be racing with these guys this weekend. Jono Webb, will be having his first crack in the Toyotas along with Alex Davison and the very versatile Matty Brabham, who raced in this year’s Indy 500.

You’ll catch all the undercard action live on Fox Sports 506, with selected races on Network Ten.