The ‘staggering’ move that almost cost Tander a title 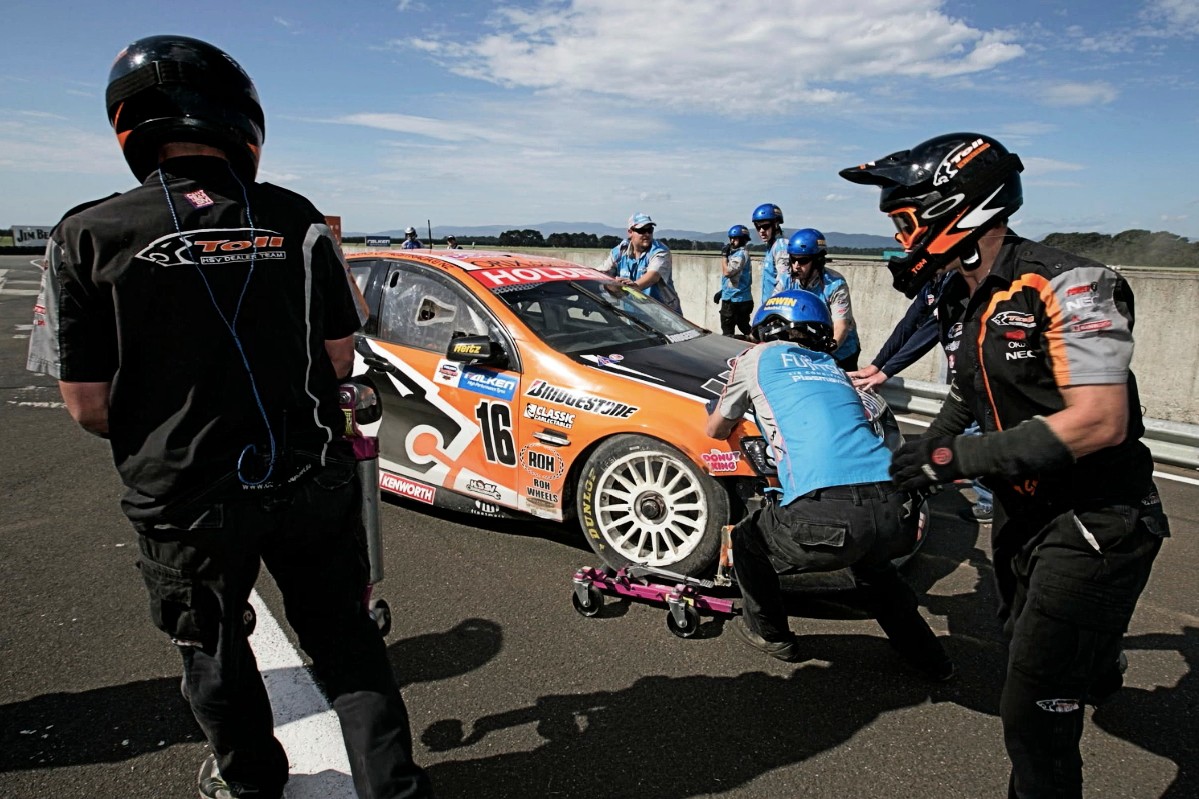 Since 2012, Tasmania has occupied a slot early in Supercars calendars.

Before then, it was a pivotal penultimate stop; in 2007, it nearly brought Garth Tander’s title charge undone.

Symmons Plains, which will host next weekend’s NED Whisky Tasmania SuperSprint, was the scene of seven Tander victories.

To date, only Jamie Whincup (13) and Craig Lowndes (10) have won more at the rural venue.

It was Whincup who proved Tander’s closest challenger for the 2007 title.

However, after a Bahrain shocker for Triple Eight, Tander led Whincup by 29 points going into the second-to-last round.

With 24 points awarded to race winners in 2007, every point mattered for Whincup; Tander, who had won 12 races, needed only to hang on.

It had been a seesawing season and a championship no driver wanted to win. For all his dominance, Tander found ways to lose his advantage.

Whincup had claimed the points lead when he won Bathurst, where brake dramas ruined Tander’s day.

Then, DNFs on the Gold Coast and Bahrain pegged Whincup back.

Tander claimed win No. 13 on the Saturday in Tasmania, and effectively put one hand on the title. Then, in the space of a day, it all went array.

Rick Kelly’s title defence literally went up in smoke as he suffered an engine failure; from there, it was Tander and Whincup’s title to lose. 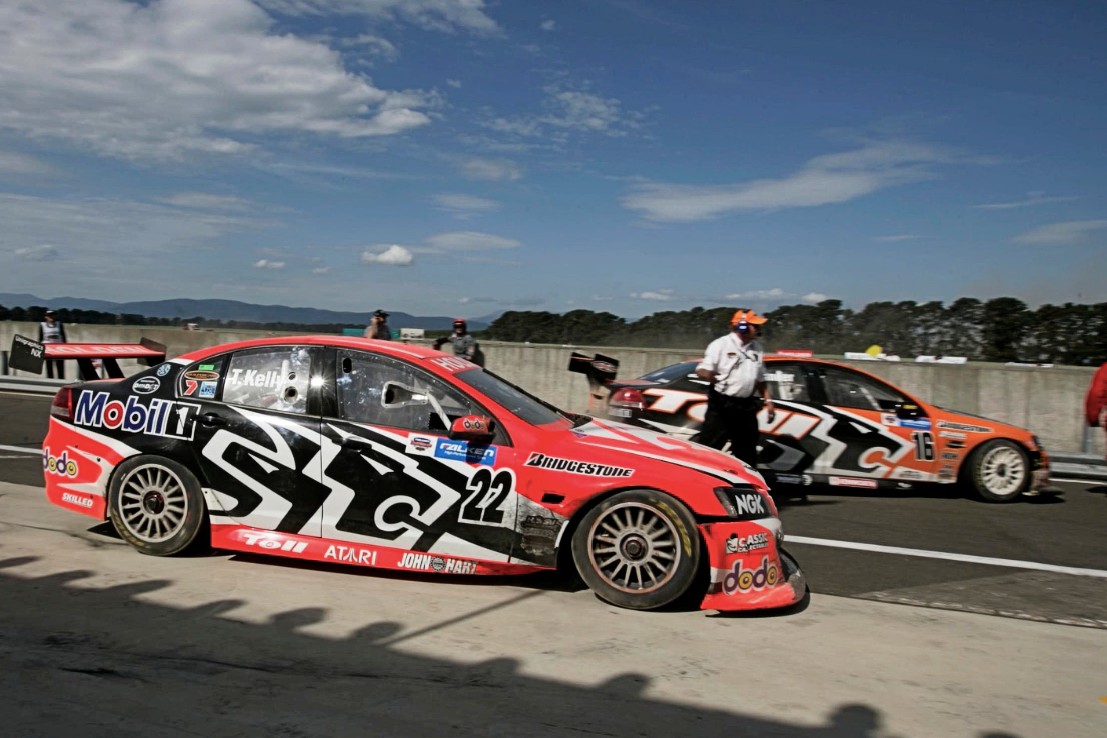 Todd Kelly was also caught up in the melee

Tander suffered a clutch problem in Race 2 and he slumped to 10th. Whincup, meanwhile, bolted to just his third win of 2007.

Whincup and Tander were separated by 17 points heading into Race 3. If Tander wanted to retain his lead heading to Phillip Island, a top 10 finish was a must.

In typical Tander fashion, he muscled his way to third behind Whincup and Steven Richards with 11 laps remaining.

In a remarkable move, Tander threw his #16 Toll HSV Dealer Team Commodore down the inside of Richards’ Falcon at the notorious Turn 4 hairpin.

The move caught Richards off-guard; it didn’t pay off for Tander, who suffered broken steering, lost control exiting the sweeper and skidded across the infield.

Through the dust, it triggered a chain reaction of incidents at Turn 6, with Tander finally coming to a halt in pit lane. 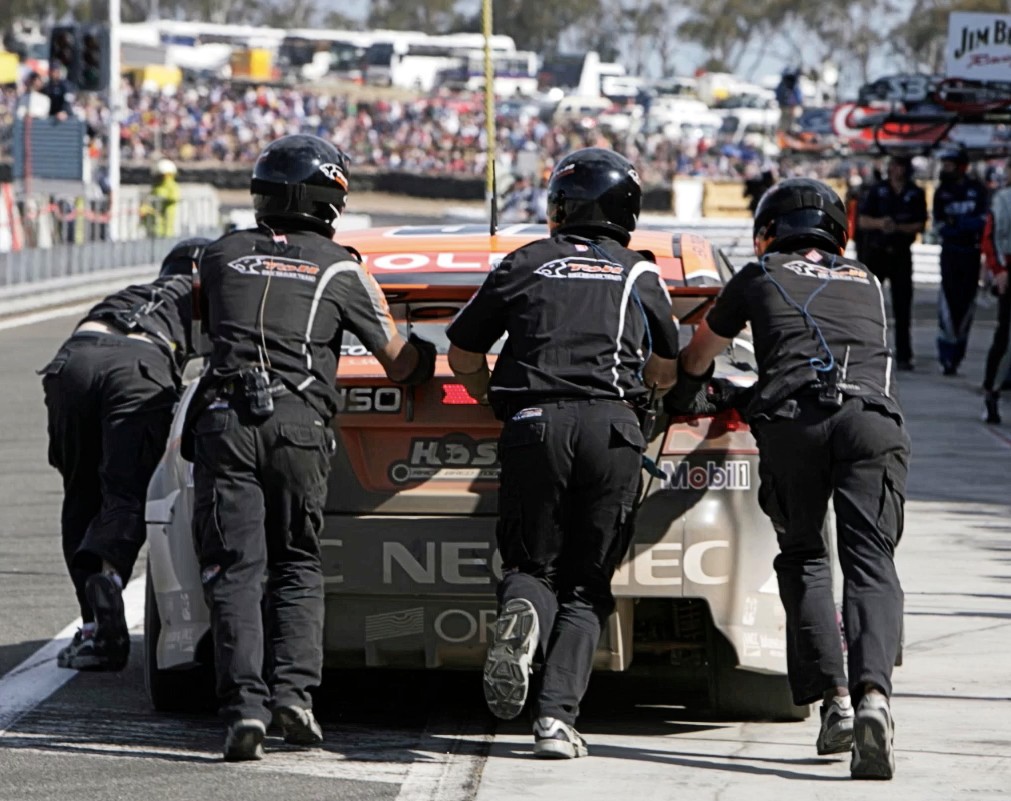 In shock was Richards, who given the circumstances, couldn’t believe Tander would attempt such an overtake.

"I was staggered by the move Garth tried to pull,” Richards said after the race.

"Maybe he went in too deep and overcooked the brakes.”

"I had no pressure this week. It was all over, I just had to go out and drive around,” he said.

"I was leading [the championship] and handled it all poorly [in Bahrain] but I have learned a lot from that and am hoping not to make the same mistakes again. 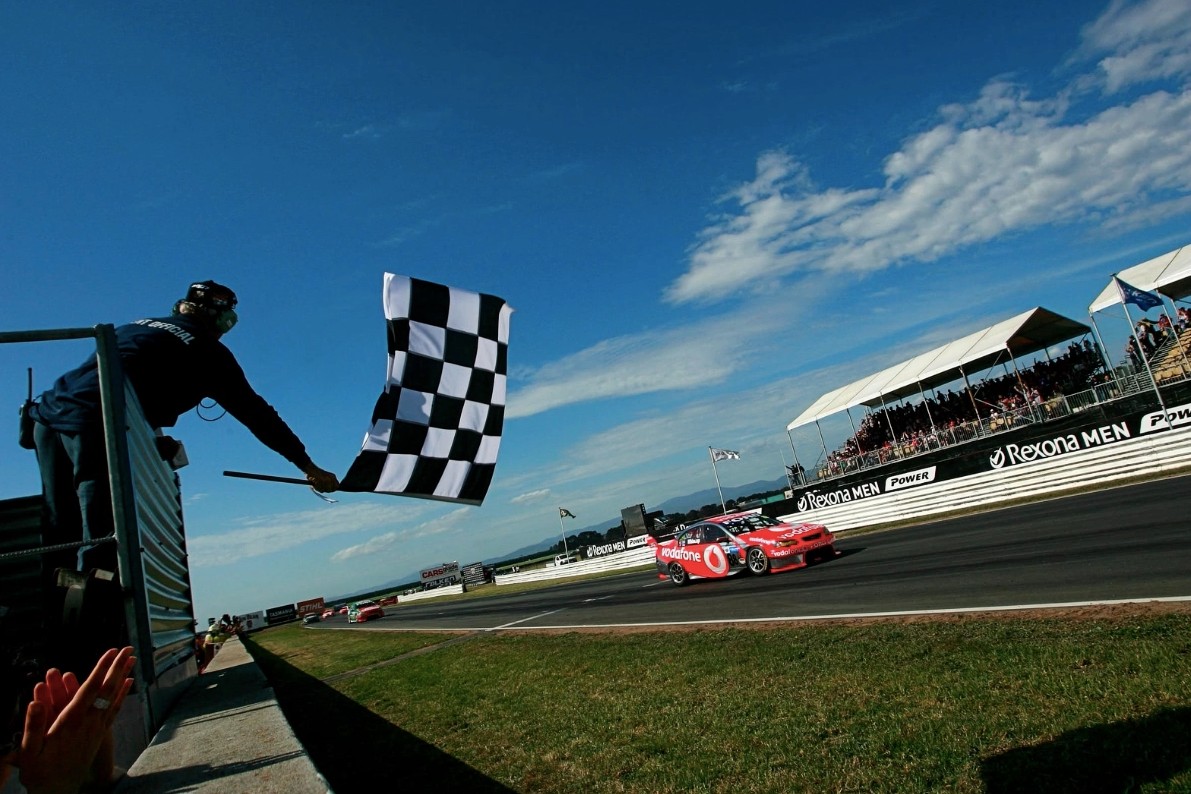 "It's pretty crazy… Bahrain was the lowest of the lows, today is the highest of the highs.

"The championship is going to be won by the man who steps up and grabs it with two hands and has a full-on go.

"But you will need a bit of luck running your way as well.”

Tander would have the last laugh, however, winning Races 1 and 2 in Phillip Island before securing the title by just two points.

He would win his seventh and final race in Tasmania on the Saturday in 2009, with Whincup going on to win a record 13 races at Symmons Plains.

Will the 2022 season take a major twist at the tricky Tasmanian circuit?

Find out at next weekend's NED Whisky Tasmania SuperSprint. CLICK HERE to purchase your tickets.