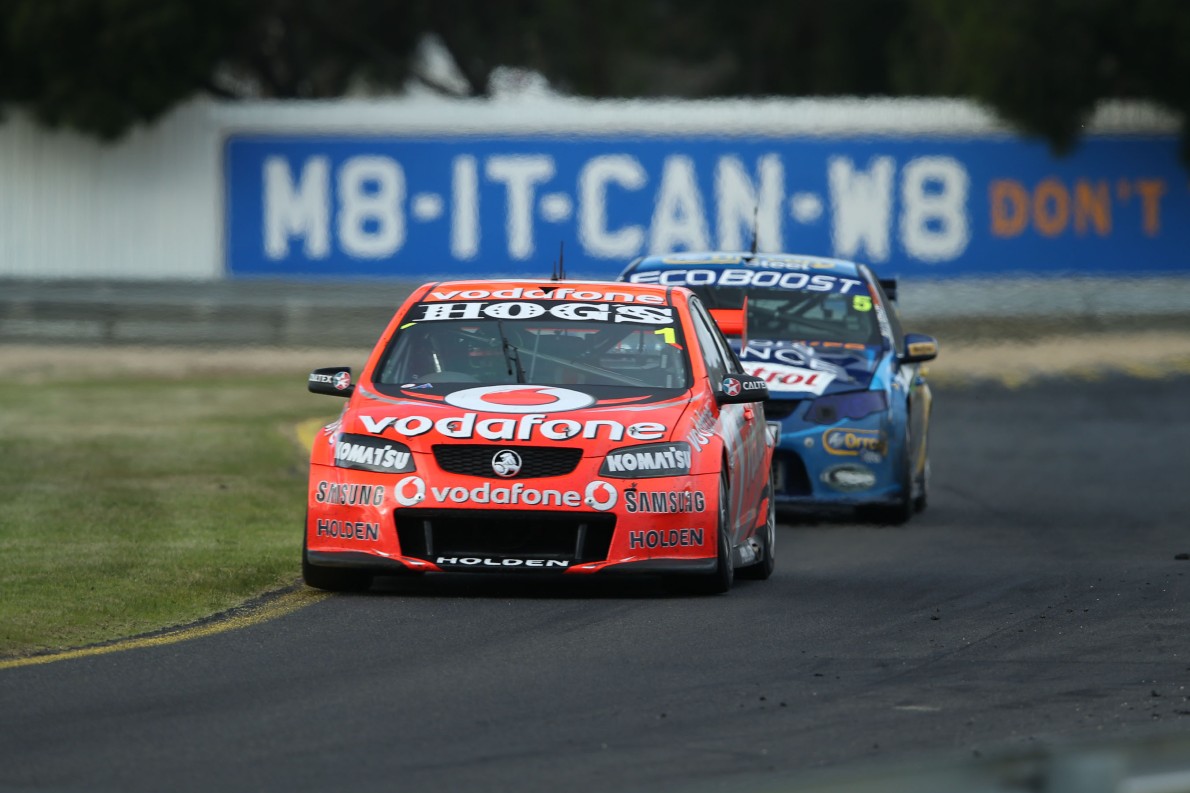 The return to Sandown marks a return to the scene of a key flashpoint in the storied rivalry between Jamie Whincup and Mark Winterbottom.

Next weekend's Penrite Oil Sandown SuperSprint will see sprint racing return to the Melbourne circuit for the first time in a decade.

Between 2012 and 2019, the iconic venue hosted the annual 500km enduro, with the 2012 edition seeing Whincup and Winterbottom engage in an enthralling battle which turned sour.

The Whincup-Winterbottom rivalry captivated audiences for much of the last decade, both drivers first engaging in a tense title battle in 2008.

From Pukekohe to Perth, and Bathurst to Hamilton, the duo enjoyed several thrilling battles, extending their animosity from karting and Formula Ford days.

However, what happened at Sandown in 2012 marked a key shift in intensity between the duo and their powerhouse teams.

With 21 laps remaining, Holden hero Whincup was in the box seat and led the 161-lap classic from Triple Eight teammate Craig Lowndes.

The race flipped on its head when Whincup bowled a wide at Turn 2 on lap 141, with the #1 TeamVodafone entry skidding through the grass.

There, the race was won for Lowndes, who raced away to victory and a 100th career podium, helping co-driver Warren Luff to a maiden championship race win.

Behind the #888, though, a new battle began to unfold, with Ford's favourite son Winterbottom hounding an ailing Whincup.

The #5 Orrcon Falcon was the aggressor, with Winterbottom eyeing second place.

On lap 159, Winterbottom made his move. The circuit narrowed at Turn 9, and it seemed as though the #5 was far enough up the inside.

Whincup turned in and was shuffled wide onto the dirt, and Winterbottom drove away and set off after Lowndes.

Following the incident, a late charge wouldn't amount to much for Winterbottom, with Lowndes going on to secure an eighth 500km enduro win.

So much was at stake at the time of the incident; Whincup finished third, but at least stretched his one-point championship lead over Winterbottom to 31 points.

It came after Winterbottom was forced to start from the rear of the grid after an infringement, with Whincup and Paul Dumbrell starting midpack.

While he retained his championship lead heading to Bathurst, there was an element of disappointment for Whincup, with Winterbottom escaping penalty.

"I was a little bit sour about that," admitted Whincup, who thought the move was "not on".

"It was a late lunge, but I congratulated Frosty after the race.

"At the end of the day it wasn't a huge deal because I wasn't quick enough to win the race." 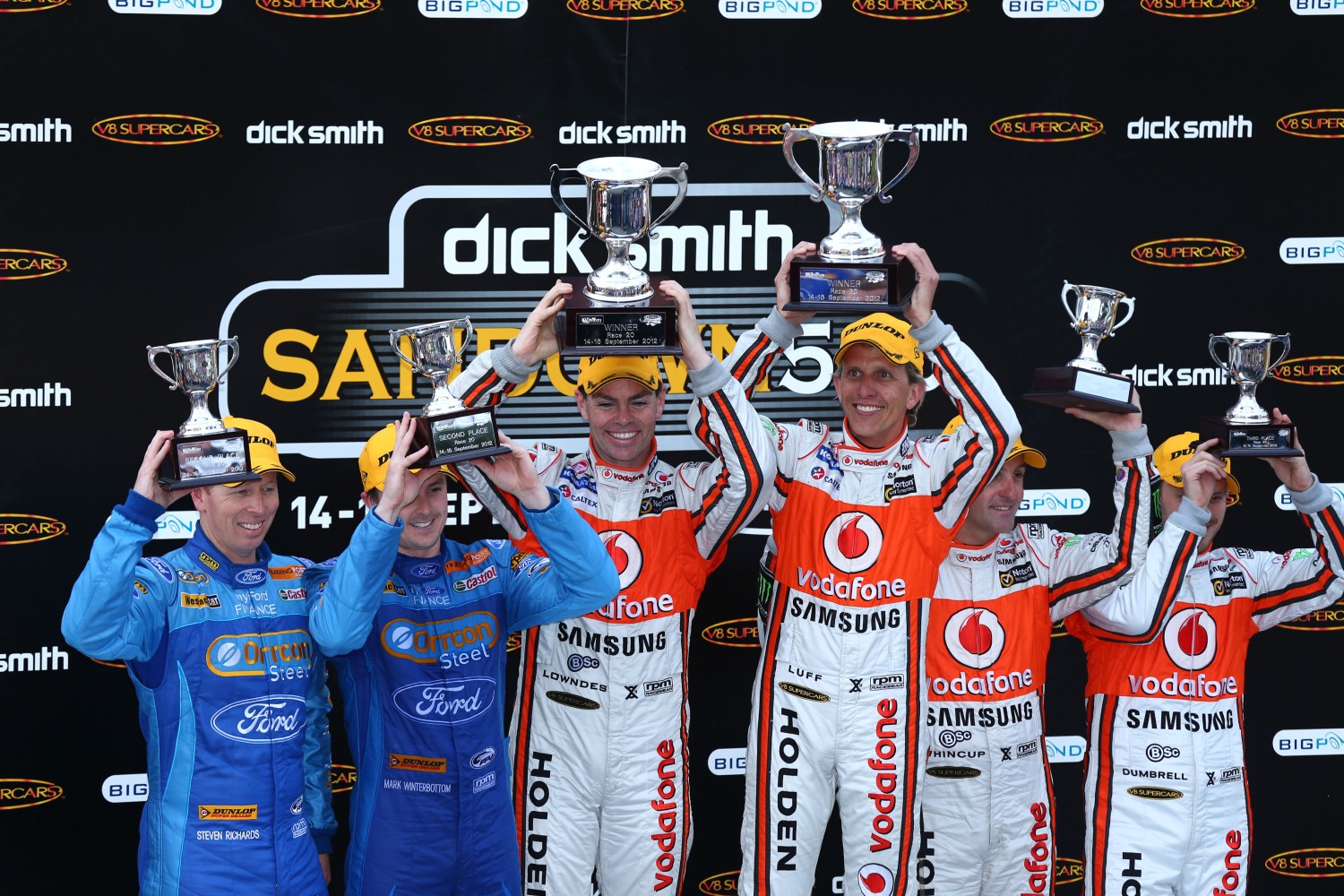 Lowndes and Luff won the race, while Winterbottom won the battle

The overtake attempt frustrated Triple Eight boss Roland Dane: "If you look at the accident, Winterbottom wouldn't have made the corner properly if he hadn't used Jamie to bounce off."

Having been on the receiving end of several Whincup masterclasses, Winterbottom was coy in his response: "Sometimes you're on the end of it, sometimes you're the guy that does the pass."

Whincup would have the last laugh in 2012, going on to win at Mount Panorama with Dumbrell before clinching a fourth drivers' title.

In 2013, they would again come to blows in New Zealand, with Whincup laying down the gauntlet to his rival: "If he wants to go toe-to-toe, I'm happy to. I'll do that any day of the week without absolutely any dramas.

"But for me, it's all over. It's completely his decision whether he wants to continue this so-called rivalry or whatever it is.

"But if he doesn't and just wants to get on with the racing, then that is what I'm going to be doing."

The duo will resume their rivalry at the Penrite Oil Sandown SuperSprint across March 20-21. Tickets are on sale now.