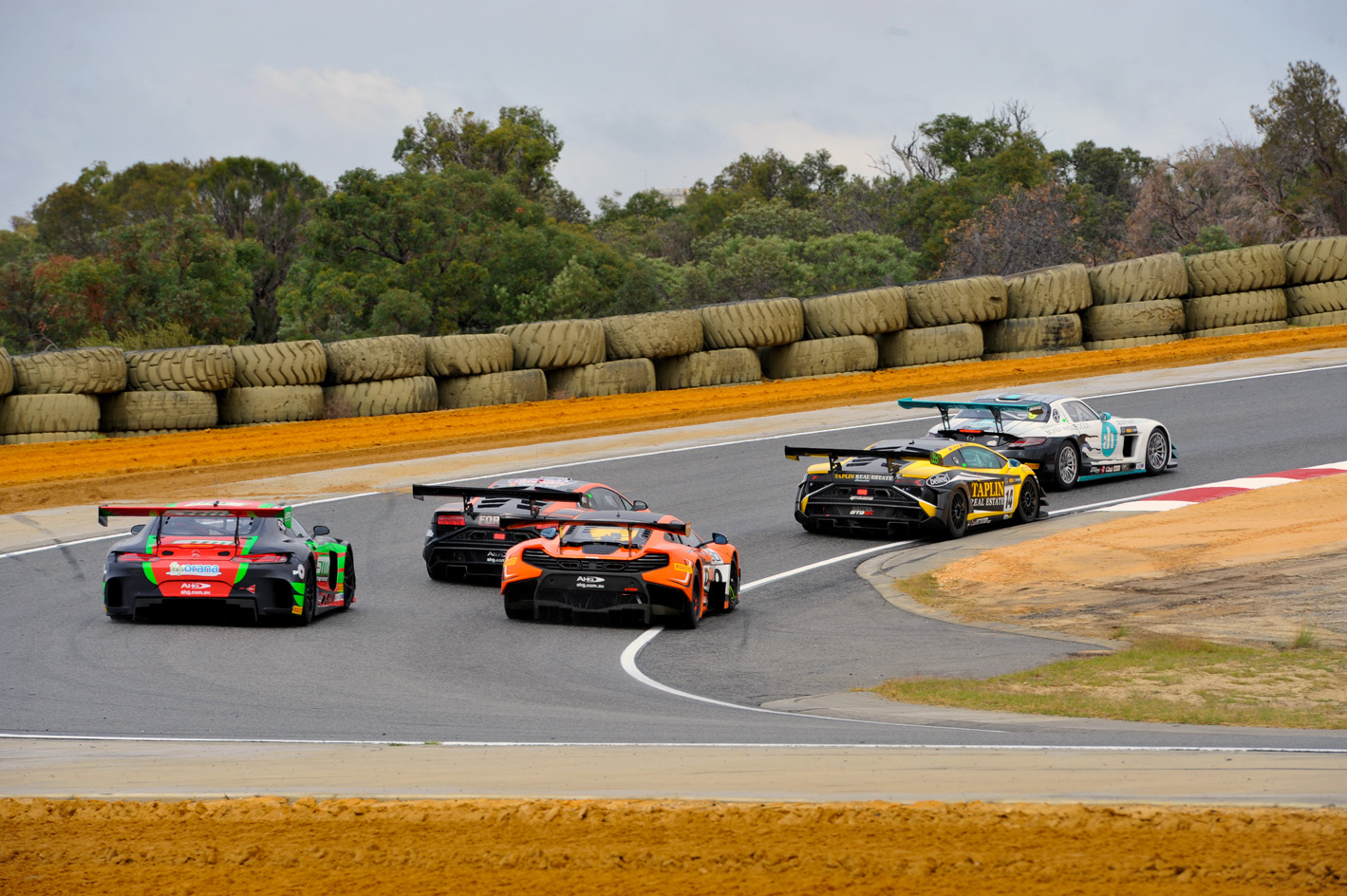 Sydney Motorsport Park will be sportscar heaven this weekend as the Australian Endurance Championship is joined by over 40 Carrera Cup cars from both home and abroad.

I feel like the season of endurance has started early! It’s amazing to think that a support category race that is roughly the length of the Sandown 500 will be on track before the Supercars. It’s going to be a massive Saturday.

The opening round at Phillip Island included quite a few Supercars drivers but they are obviously unable to take part in this round due to their main game commitments, so the entry list has had something of a shakeup.

All up there will be 24 starters taking the green flag with DTM regular Miguel Molina the biggest European name in the field.

Despite other big names like Tony D’Alberto, Craig Baird, Warren Luff and John Bowe all lining up I think the current points leaders, Nathan Morcom and Grant Denyer, are the favourites. Morcom has been dynamite in his Tekno McLaren this year and Denyer won in the rain here last year.

While Lexus aren’t entered in the race I get the feeling we’ll see one leading the pack quite a bit this weekend, if you catch my drift.

How exciting, for the first time ever we are set to truly feel how global Porsche’s one-make series really is.

They use the exact same 991 Porsche we use and have a similar Pro-Am set up but the biggest difference will no doubt be the cultural diversity with 13 countries being represented on the grid of 22 cars.

Carrera Cup Asia’s first trip to Australia is the fourth event of their season, a title chase led by Frenchman, Maxime Jousse. He’s won races in Shanghai and Fuji this year and will be pushed all the way by German teenage sensation, Nico Menzel.

Watch out for the two Aussies during the two races this weekend. Malaysian-born Mitch Gilbert will race in Class A, while former AGT competitor Paul Tresidder grids up in Class B.

Let’s not forget that this is also a round of our own Carrera Cup championship – the fifth round to be exact.

Alex Davison got some valuable points back on Matt Campbell in Darwin as he beat David Wall home for the round win. But unfortunately for Will’s big brother this happens to be a track that Campbell dominates at.

The young Queenslander won his first Carrera Cup race here last year and then was in a league of his own earlier this year during the Rennsport event. His McElrea team has a way of eliminating the understeer here that hampers other drivers, giving Campbell a handy advantage.

The Australian and Asian series will run separately until Sunday when two combined races will take place, one for the Class B drivers and one for the Pros. Can’t wait to see if our boys can defend their home turf.

After the hugely successful inaugural round at Winton the Toyota 86 Racing Series is back for their second round.

Joining the fun will be Dean Canto, Cam McConville and Steve Owen, who will not only be carrying onboard cameras but will be wired to our TV commentary team for some mid race banter.

They’ll have their hands full trying to catch a future star of our sport by the name of Cameron Hill. The former Karting and Formula Ford champ clean swept the first round and is absolutely the man to beat.

Having said that, one guy who could pinch one of, if not all three races this weekend is Sydney-local, David Seiders. The V8 Utes regular has plenty of testing miles at his home track.

You can catch all of the support action, including the 101-lap Australian Endurance Championship race LIVE and ad free on Fox Sports 506. Friday is 'free day' at Sydney Motorsport Park for fans attending.

2016 Red Rooster Sydney SuperSprint  ›
Stay In The Know
Sign up to the Virgin Australia Supercars Championship Newsletter
This website uses cookies to improve your user experience. By continuing, you will be providing your consent to our use of cookies.Ok