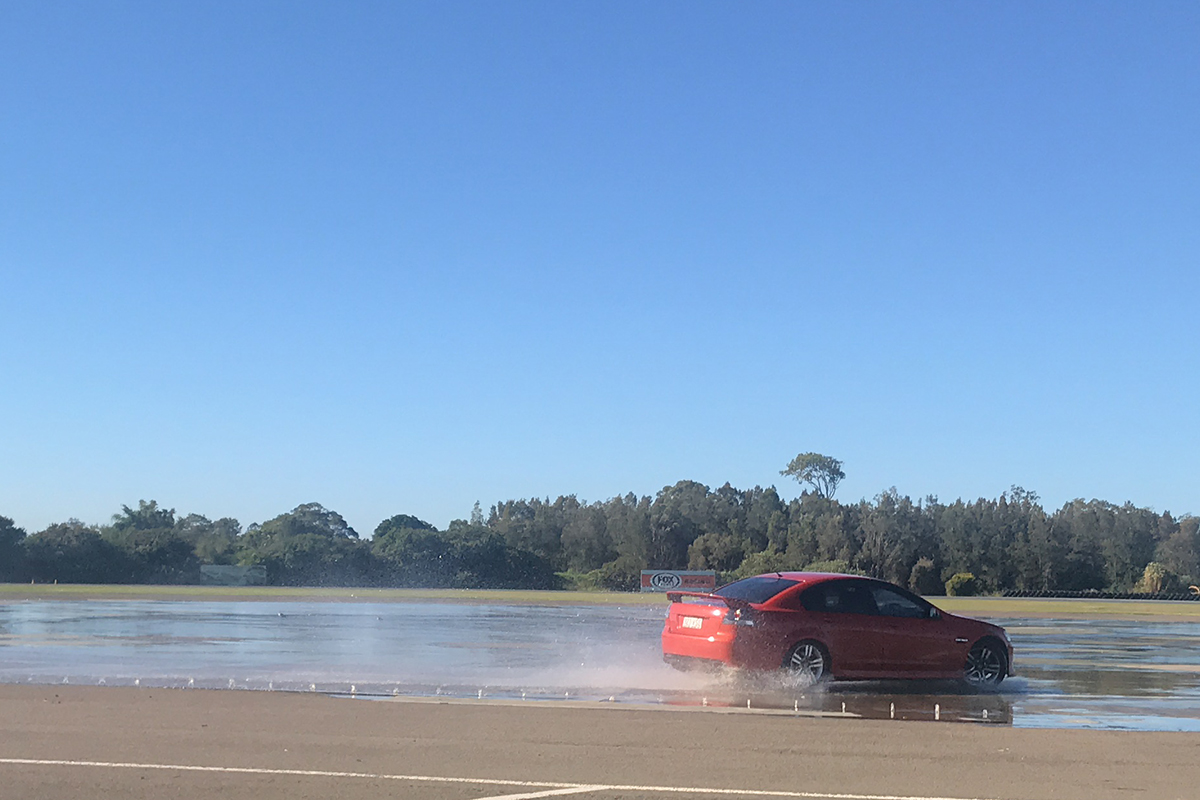 De Pasquale is one of five newcomers on the grid this year, sitting second in the group in the standings in 20th place with Erebus Motorsport.

After De Pasquale returned from European single-seater competition, he spent two years in the Dunlop Super2 Series with Morris' outfit, finishing fourth in 2017.

Morris' tutelage did not end with De Pasquale's graduation to the main game, the youngster making semi-regular trips to the Norwell facility Morris owns in Queensland.

Time in a road car on the skid pan is designed to help De Pasquale "fine-tune myself as a driver" based on feedback from Erebus engineer Mirko De Rosa.

"You're not necessarily going fast or driving a Supercar but you're doing things you can't do at a normal track in a normal situation," De Pasquale told Supercars.com.

"I work out with my engineer what I need to work on and try to apply it there at a slower speed, and try to refine the craft more so than trying to find lap speed.

"We do it in a Holden Commodore, a road car. It's still a V8 but you're on road tyres, road brakes so everything's quite slowed down, but at the same time the movement's exaggerated even more.

"The race car's quite stiff and rigid and you've got a lot of grip, so when you go into the road car everything's a bit more crucial.

"If you get on the gas too hard you really spin the rear wheels up and you feel it.

"Doing it at a slower speed, you can learn a little bit more and try to apply that to the race car a little later."

In addition to his own driving career, Morris ran his eponymous team in Supercars' main game for a decade from 2001.

It has featured in Super2 more recently, with Morris himself driving until the end of 2015, before De Pasquale's arrival.

Morris currently fields Shae Davies in an ex-Tickford Falcon in the second-tier class.

"On a personal level he's a really good friend, a good mentor, he's had a lot to do with what I've done and got me to where I am now," De Pasquale said.

Tune up at @norwellmotorplex before Townsville this weekend. Always learning something ?

"I always bounce a lot of stuff through Paul and he's been a big help.

"I try and go [to Norwell] between every couple of rounds, but with the calendar the time schedule gets quite busy.

"You try and go up as much as possible but when we're there, there's a lot of things you can do."

In his rookie Supercars season, De Pasquale has a best grid position of third at Hidden Valley and race finish of seventh at Phillip Island.

He tested with Erebus again at Winton on Tuesday, the third of his three allotted rookie days for the season.

Erebus used the day to test a number of development items, including its first in-house designed steering rack.

Lead driver David Reynolds completed his maximum permitted 10 laps behind the wheel to provide his feedback on the changes.

De Pasquale will team up with 2017 Dunlop Super2 Series rival Will Brown for the PIRTEK Enduro Cup, the first time both drivers have contested the Sandown, Bathurst and Gold Coast long-distance races.