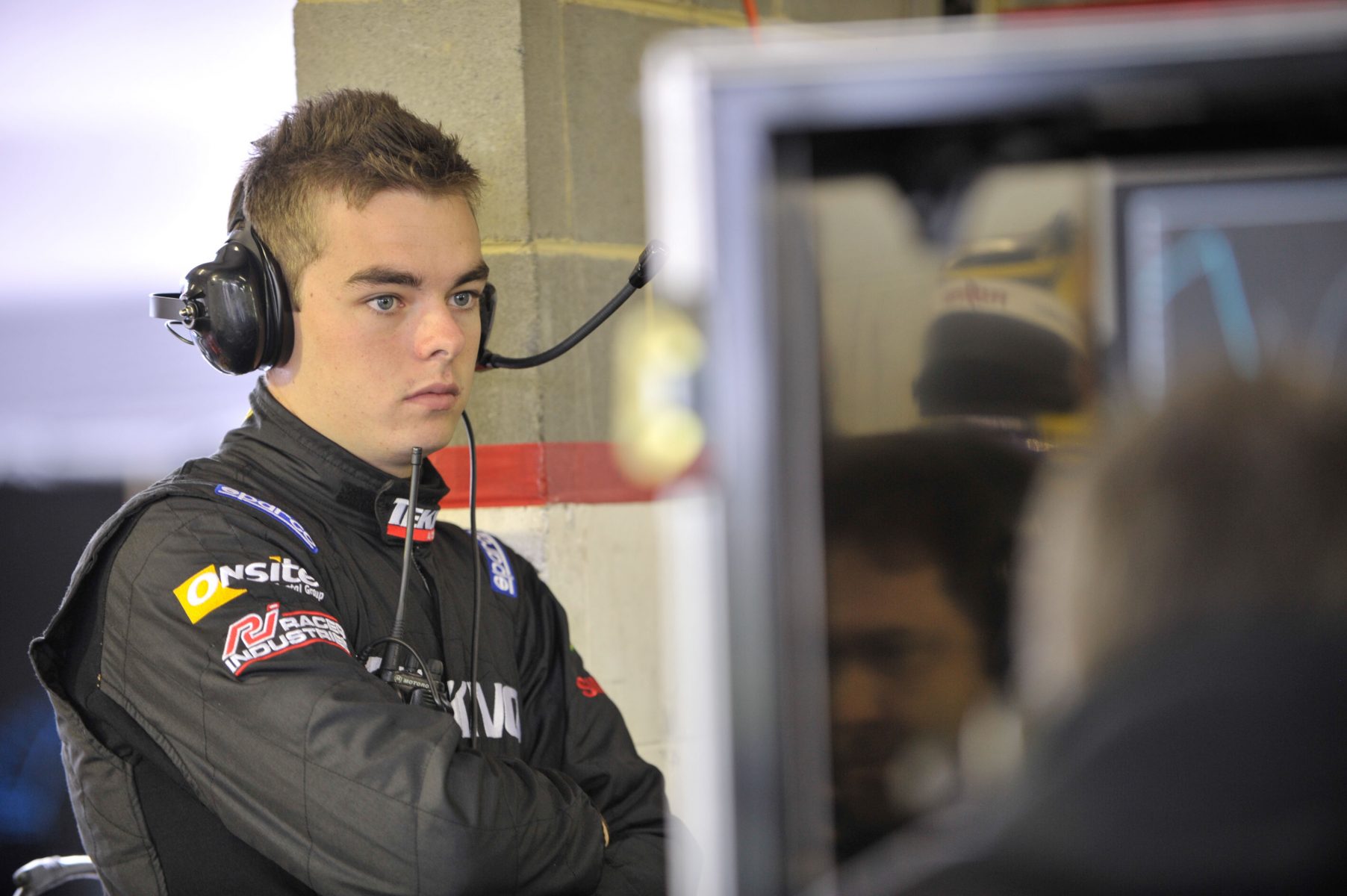 Supercars’ newest centurion Scott McLaughlin has revealed how his blistering career came to life at a rival team seven years ago.

Ahead of the ITM Auckland SuperSprint this weekend, where he will celebrate his 100th round start, the 26-year-old Kiwi reflected on the twist that landed him his main game debut as a co-driver alongside Jonathon Webb at Tekno Autosports.

At the time, McLaughlin was in his third Dunlop Super2 season with Stone Brothers Racing and ultimately bound to win that year’s second-tier title.

However, his hopes of scoring a co-drive with one of SBR’s three main series drivers Lee Holdsworth, Shane van Gisbergen and Tim Slade came to an abrupt halt.

“I remember getting dragged into Ross Stone’s office at Yatala,” McLaughlin told Supercars.com.

“Basically I thought I was, not a shoo-in, but a chance to get a seat in the 2012 enduros because I had sort of missed out in 2011 and I was doing DVS there… and he said ‘we’re not going to consider you for the enduros this year’.

“I guess in some ways I was a little bit annoyed, so I literally got in my car and went across [to Tekno] and basically just went straight in and asked Jonathon Webb for an enduro drive.

“It was probably the best thing I ever did.” 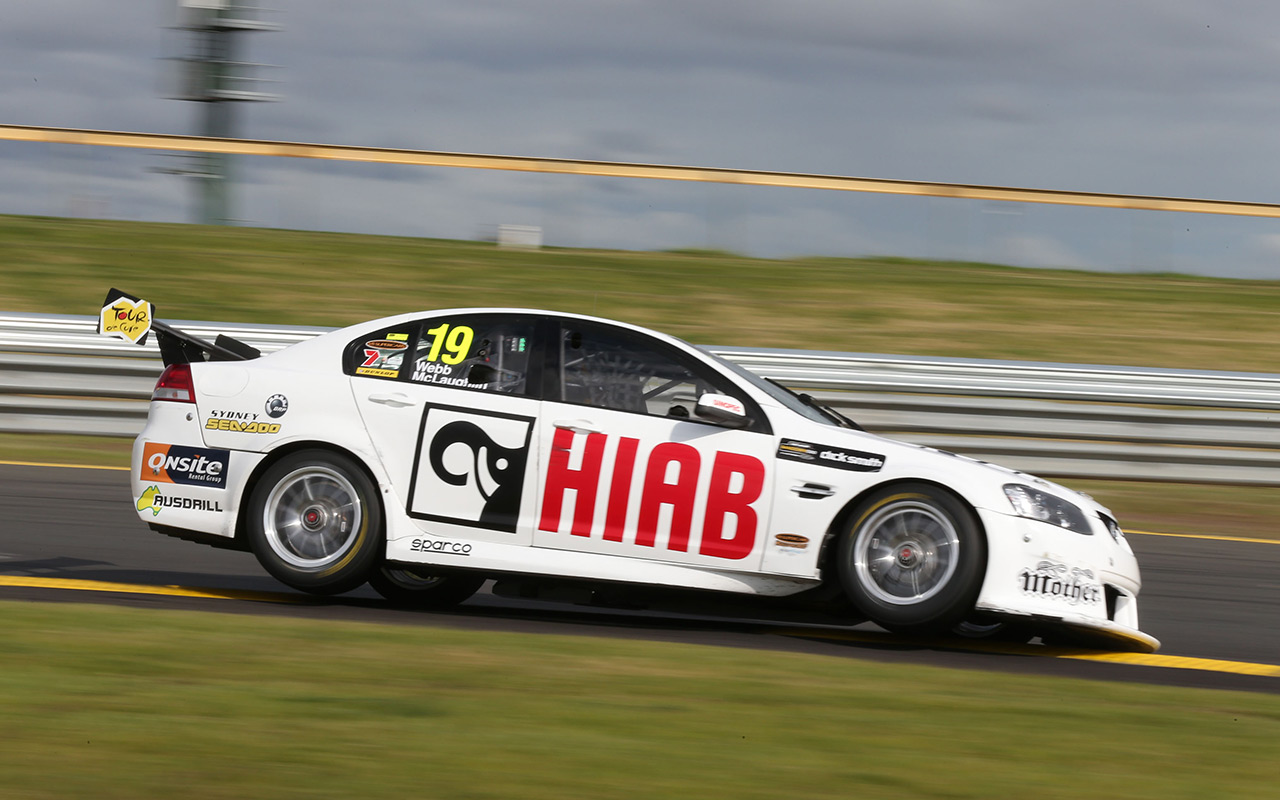 An impressive campaign followed, with the Webb and McLaughlin pairing placing 10th at Sandown and sixth at Bathurst aboard a Triple Eight-built VE Commodore.

“It was a big step for him [Webb] – I had no experience beforehand in enduros or anything like that, but I needed to dip my toe in the water,” McLaughlin added.

“[My debut] was a pretty cool event, I got along with all of the boys really well.

“I guess in some ways we were underdogs, we didn’t have any pressure so it was probably a really cool environment for me to start my time in Supercars.”

McLaughlin was picked up by Garry Rogers Motorsport for a full-time seat in 2013, but his debut as a primary driver came earlier than expected.

He was called on for the last race of 2012 in Sydney after Alexandre Premat – now McLaughlin’s co-driver at Shell V-Power Racing – suffered dehydration the day prior.

Rogers informed McLaughlin of the news straight after the youngster had wrapped up the Super2 title. 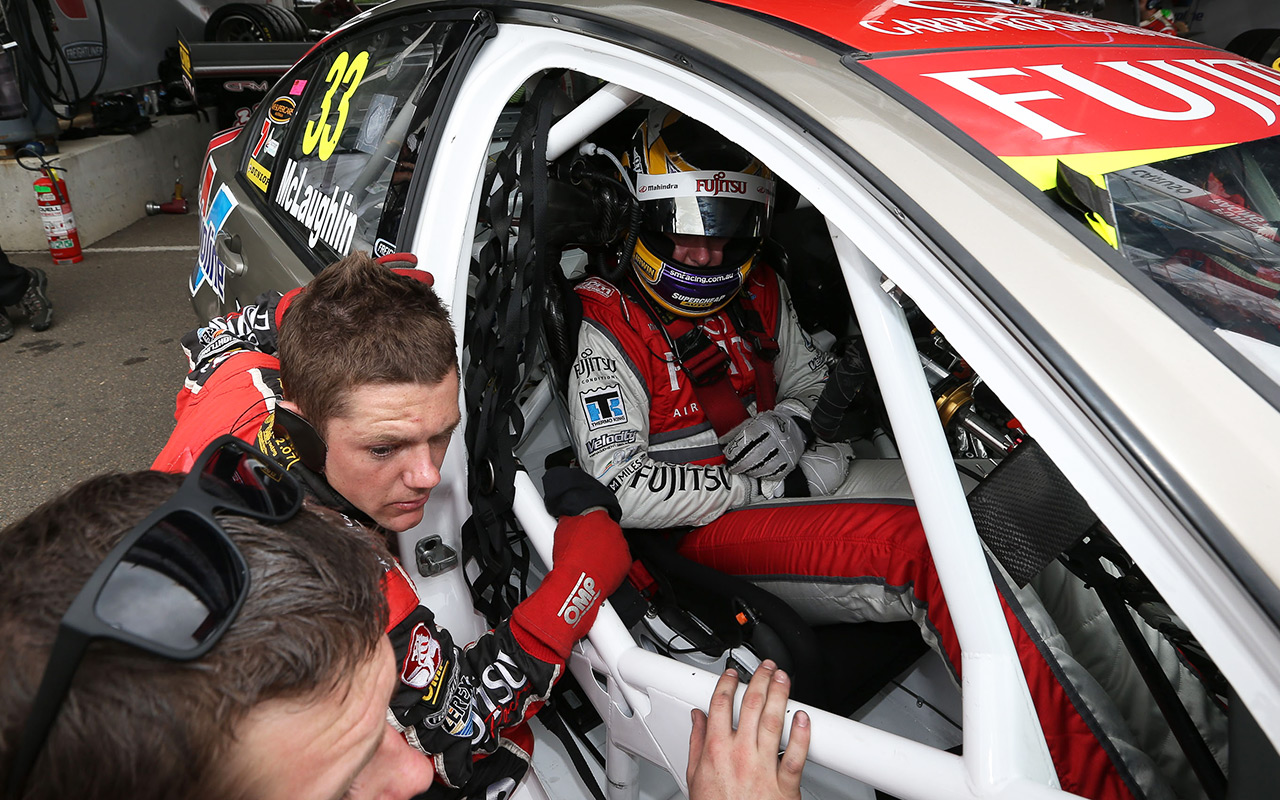 “I actually didn’t believe it was all happening,” said McLaughlin, who at that point already had his 2013 seat secured.

“I had requested to see if I could use #33 for next season [because of his history with the number in karting], knowing that was Alex’s number.

“I didn’t want to come in and step on anyone’s toes or anything.

“So at the end of our DVS championship, Garry came up to us and said 'I want you to drive in the 33 car' and I’m like ‘oh sweet, that’s awesome and it must be a present for next year’.

A 17th place finish was the result, but that experience would help further lay the foundations for a rapid rise to the top.

After five straight top 10 finishes to open 2013, McLaughlin really cemented his status as an emerging star by taking his maiden win in New Zealand; the first Supercars race held at Pukekohe since 2007. 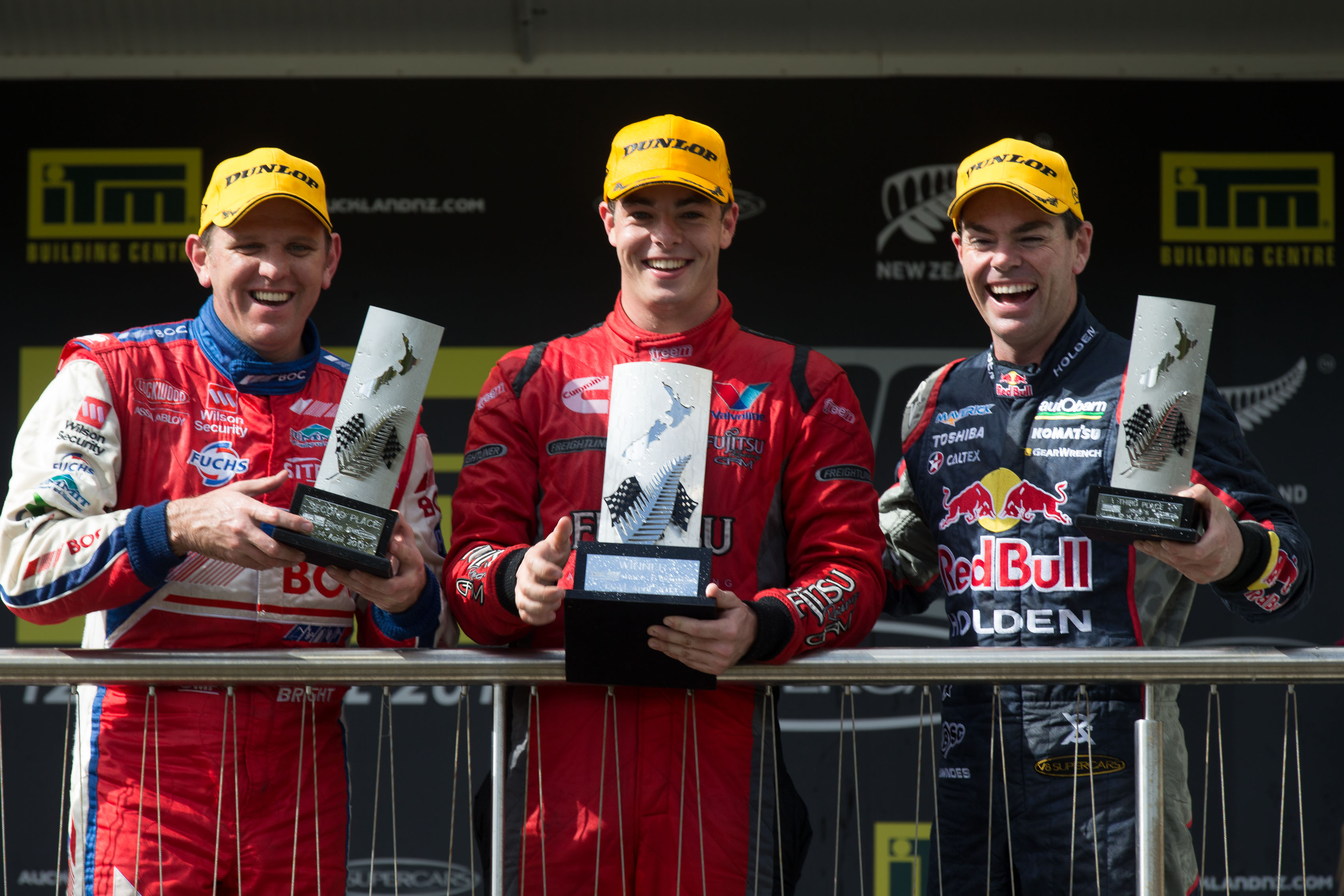 “I put down a lot of my learning and understanding of a race car and how I am as a person today due to what Richard [Holloway, his then race engineer] taught me,” McLaughlin said of his GRM stint.

“I really enjoyed my time at GRM; I think we did have a lot of highs, but certainly that first win at Puke was amazing.

“I remember joking to Richard about it a couple of days before the race – I just wanted to be the top Kiwi for the weekend and I remember coming across the line and he was like ‘yeah, number one Kiwi’.

“You could hear it on the radio, which was pretty funny. Just little things like that you never forget.”

Fast forward to now and McLaughlin is on track for back-to-back championships and on the cusp of achieving the record for most wins in a single Supercars season.

One more victory will take McLaughlin past Craig Lowndes’ 1996 record of 16, and bring the youngster’s career total to 42. 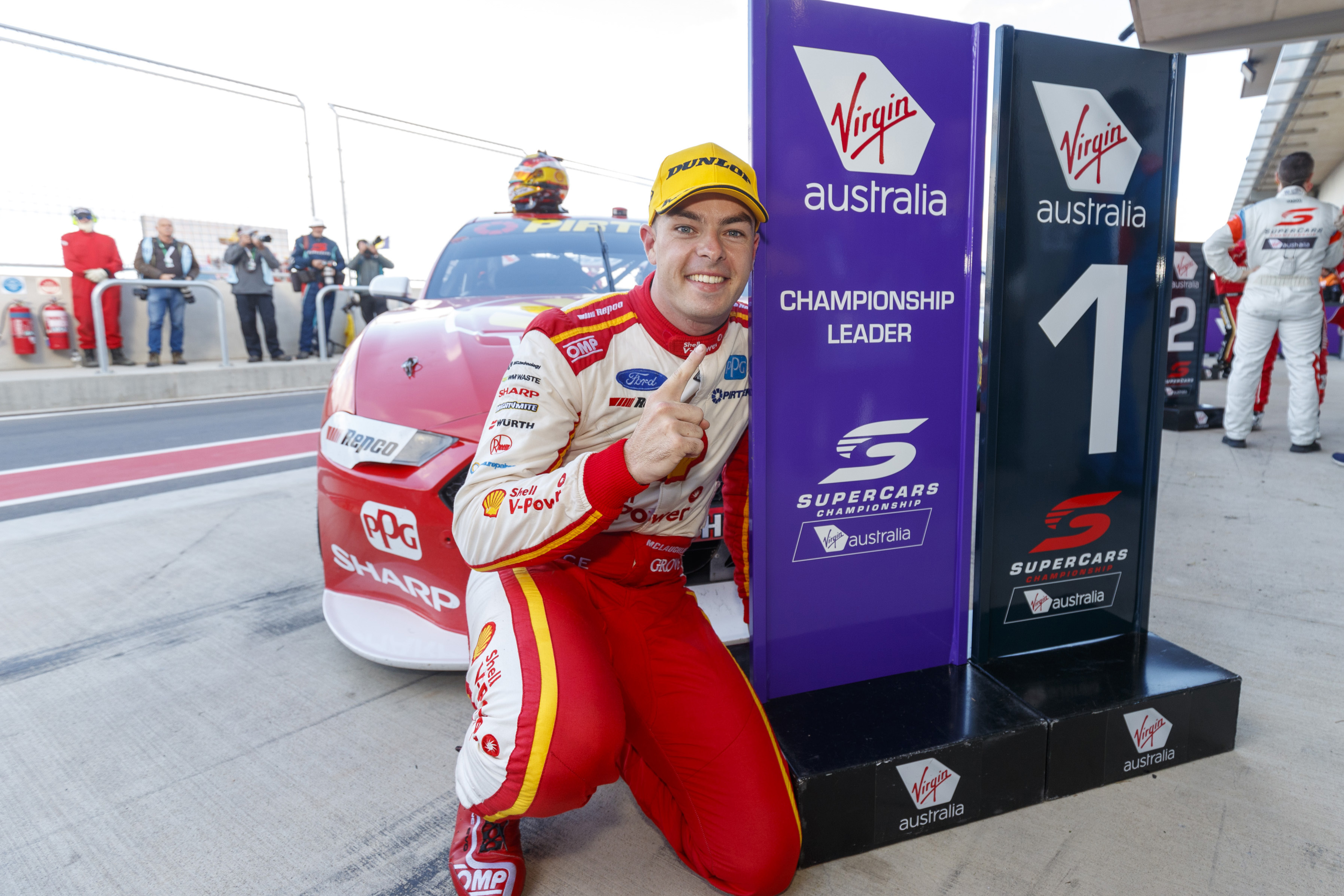 “It has certainly been a pretty wild ride throughout the years to this point,” he said.

“[I’m] proud that I have been able to sort of put myself in a position to be in the best team and now be able to compete for wins every week.”

As for the 100-round milestone?

“It’s been hard work on a lot of people’s end,” McLaughlin said.

“In the grand scheme of things, it’s just a number but it’s still a proud moment and hopefully we can achieve a lot more in the sport.

“I’ve just got to enjoy this moment while I can because one day I’m going to be the older guy.”