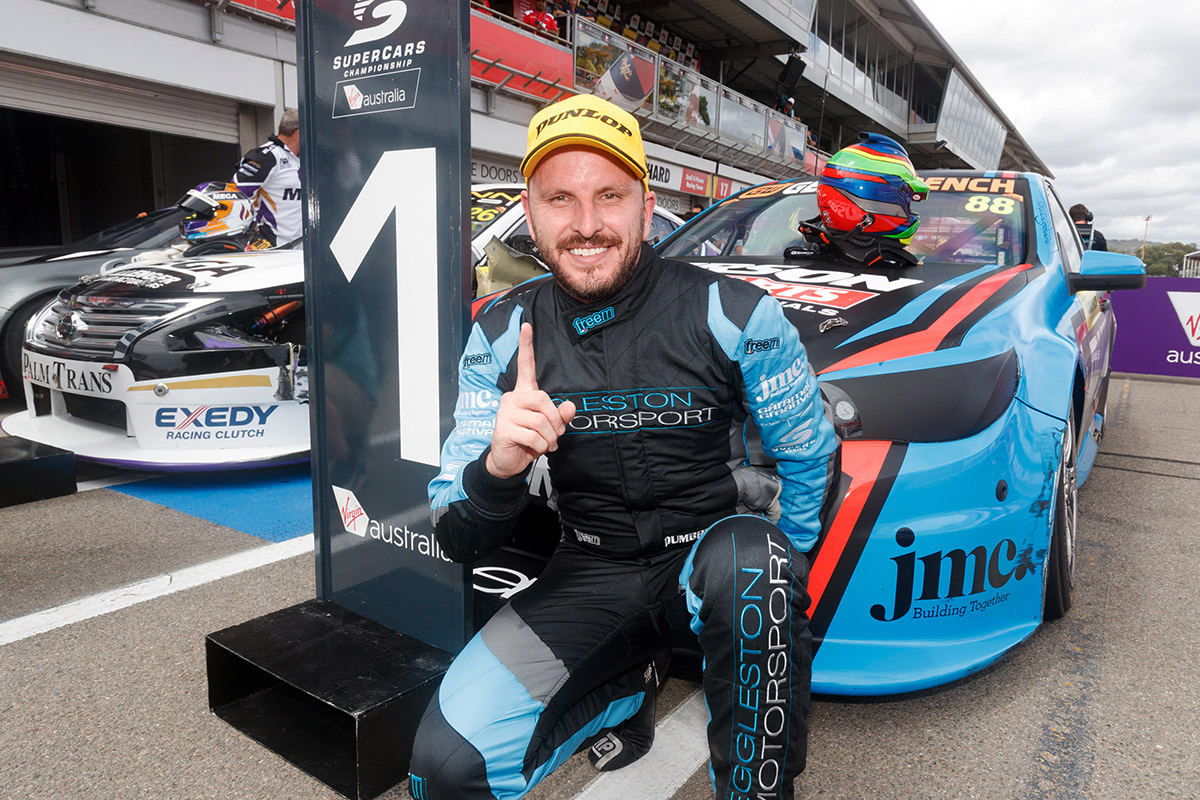 An injury sustained doing the worm at Jamie Whincup’s bucks party was the cause of Paul Dumbrell’s absence from the 2016 Dunlop Super2 Series finale, the Bathurst winner has revealed.

In an entertaining and frank two-part V8 Sleuth podcast, Dumbrell reflected on the ups and downs of his Supercars career.

Included were reminiscing about various injuries, including being hit by a car while cycling as a teen, and a skiing accident.

Most notable of all though was his 2016 party injury, which he looked back on with a laugh.

“The story goes, I slipped on a boat at Jamie’s bucks party and it was actually an hour into the day, so I hadn’t even got going yet,” Dumbrell, 37, recalled to podcast host Aaron Noonan.

“But how I slipped is probably where it was slightly grey… I was attempting to do the worm at about one [o’clock] in the afternoon.

“I can definitely do the worm but yeah I slipped wearing thongs… interesting day. Hindsight was I cracked and dislocated my shoulder.

“Still managed to kick on until about one or two [o’clock] in the morning. 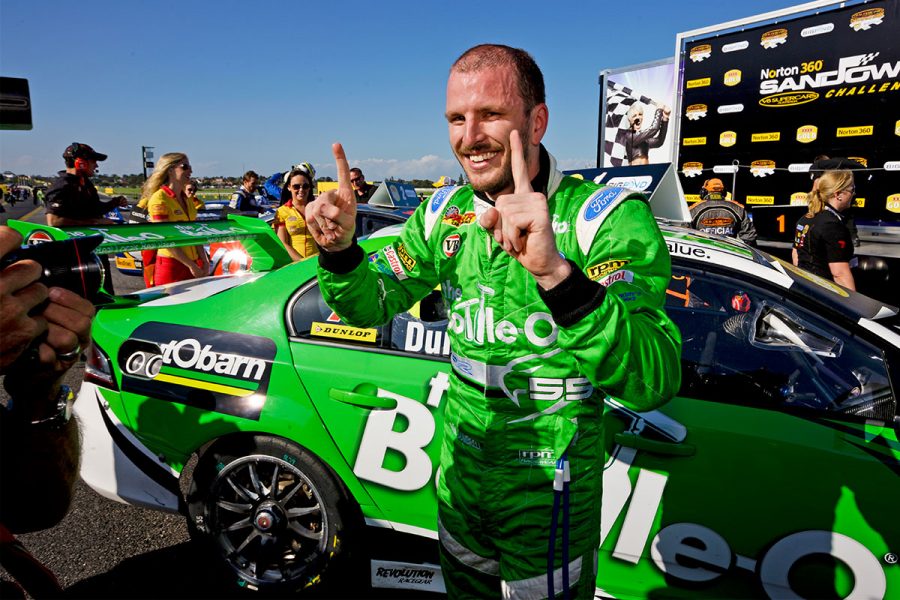 “We flew back to Melbourne the next day and driving back home I’d given [Dave Reynolds] a lift, we only lived around the corner from each other.

“It was only when I was at Melbourne Airport, for people who know, there’s the carpark where you go around sort of the circle piece to get down to the carpark; it was only then I really tried to turn the steering wheel that I went ‘I might have a problem here’.

“I went to see the surgeon and it was pretty busted up so I had surgery a couple of days later… anyway so yeah, a bit of fun along the way, I’ve lived my life to the fullest.

“There’s probably a few things I’d like to do differently but anyway I guess that’s how it goes.”

A two-time Super2 champion, Dumbrell was out of the title fight that year as now Matt Stone Racing driver Garry Jacobson went on to claim the crown. 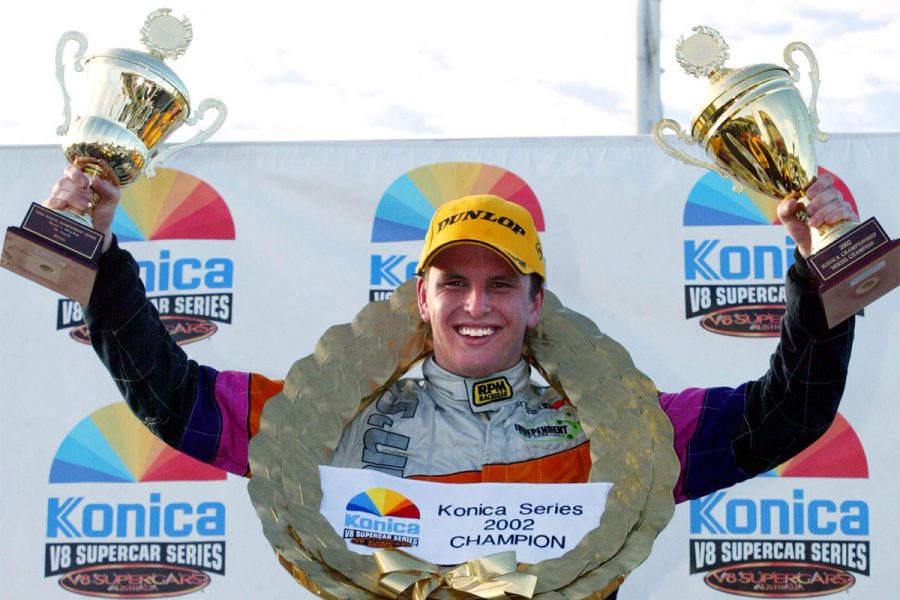 Throughout the podcast, Dumbrell shares several anecdotes about the hard taskmaster that was his first Supercars team boss, legend Larry Perkins, including an unusual course of action to help his driving after a stuttering start to his full-time career.

“[Perkins] suggested me to go get a helicopter licence and the rationale was because you can’t lose concentration in a helicopter,” Dumbrell said.

“And his observation, which is true, was whilst I was quick and my career will say I had glimpses of speed, it was the consistency and the mistakes which always brought me undone.

“So he saw being dedicated and flying a helicopter will probably get the concentration right, which it certainly did, and obviously getting fit.

“I think they were the two key things which started me on a journey which was in the right trajectory.” 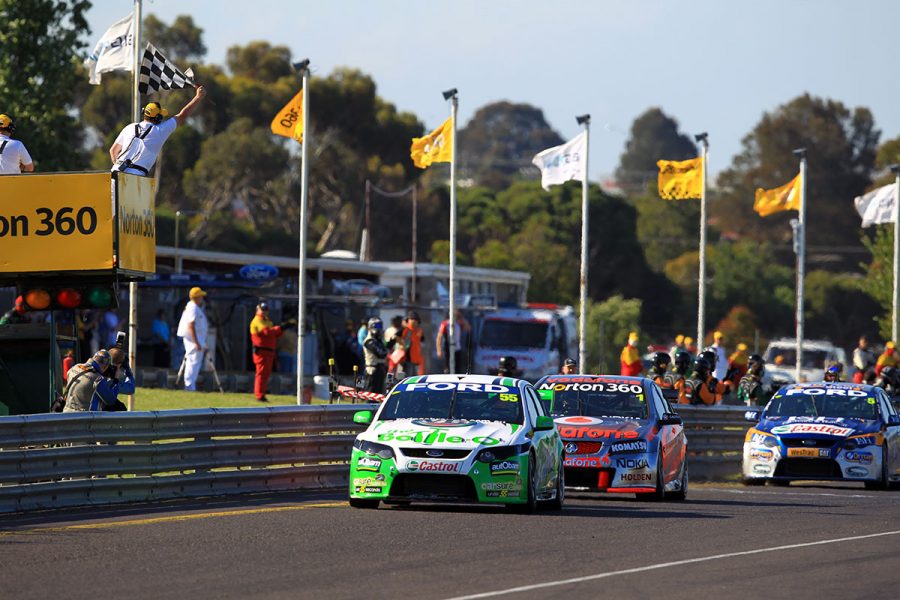 The older brother of former LDM team owner Lucas Dumbrell, he would go on to become a race winner at Sandown in 2010 for Ford Performance Racing.

That breakthrough result came a week after his maiden podium, at Tasmania, as he finally got a grip on the necessary balance between motorsport and other activities to best suit him.

“My month looked like: Tassie, Sandown, then I jumped on a plane the next day to fly to Cozumel in Mexico to do an ironman, finished that race on Sunday and jumped on a plane back to Australia and flew back to do Homebush,” he said.

In 2012, Dumbrell would join forces with childhood friend Jamie Whincup in a powerhouse PIRTEK Enduro Cup pairing that triumphed at Bathurst that year. 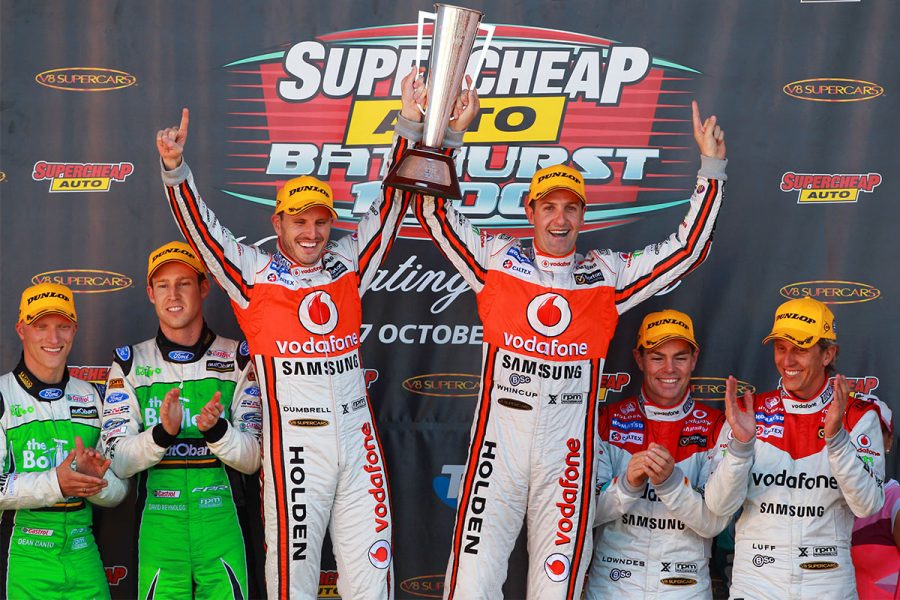 He would stay in that co-driver role until retiring from Supercars at the end of 2018.

A businessman through much of his adult life, Dumbrell is chief executive of Total Tools.

Among other topics discussed in the podcast are his buy-in to the Triple Eight organisation and his brother Lucas’ horror crash at Oran Park in 2008.