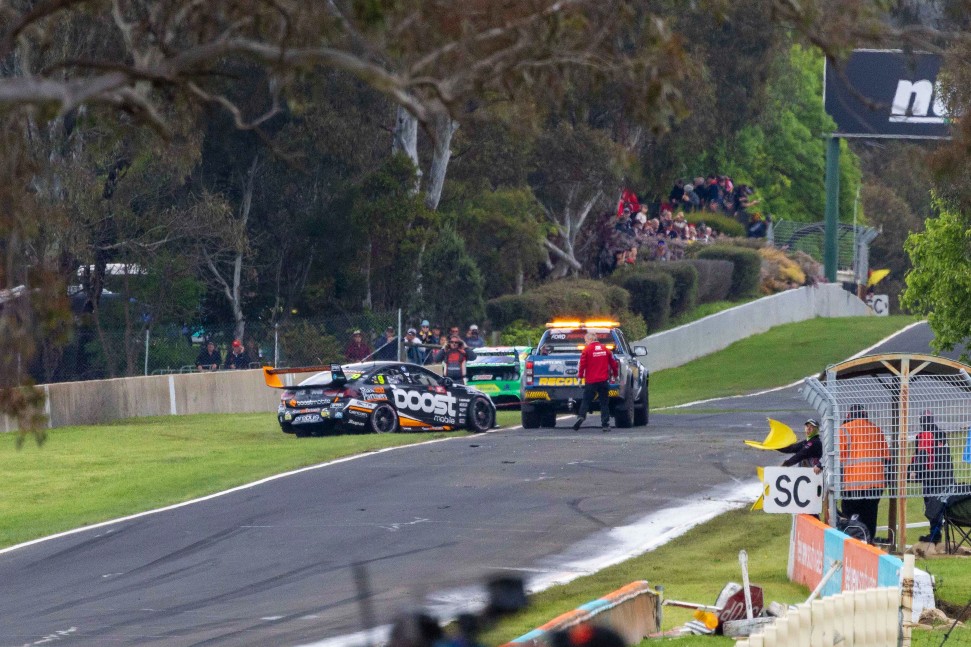 The 10th-place car of Will Brown and Jack Perkins looked to be out just seconds into the race.

However, Perkins managed to return the #9 to the lane where mechanics fixed three corners of the car.

Consecutive Safety Cars helped the #9 get back onto the lead lap.

Critically, Brown gained ground in the championship as those around him faltered.

Heading to the Boost Mobile Gold Coast 500, Brown is just 81 points from the top 10.

It means Erebus is suddenly in with a shout at having both drivers in the top 10 for a second year running.

“It’s gotta be the quickest turnaround for a car to get back on track with three wheels pointing in the wrong direction.

“You convince yourself you’re back in the race, but you struggle when you’re coming from the back.

“I know they say the race can be won from last, but it’s not easy.

“We tried to make the best of a bad situation, obviously the 99 had a lot of pace.

“It was good for the team overall.”

It came after Erebus was forced to repair the #9 after Brown crashed in Friday practice.

With Reynolds crashing out and Erebus scored a double top 10, the margins also closing the teams’ championship.

Erebus had pace all weekend, with Kostecki only just missing out on a second straight podium. 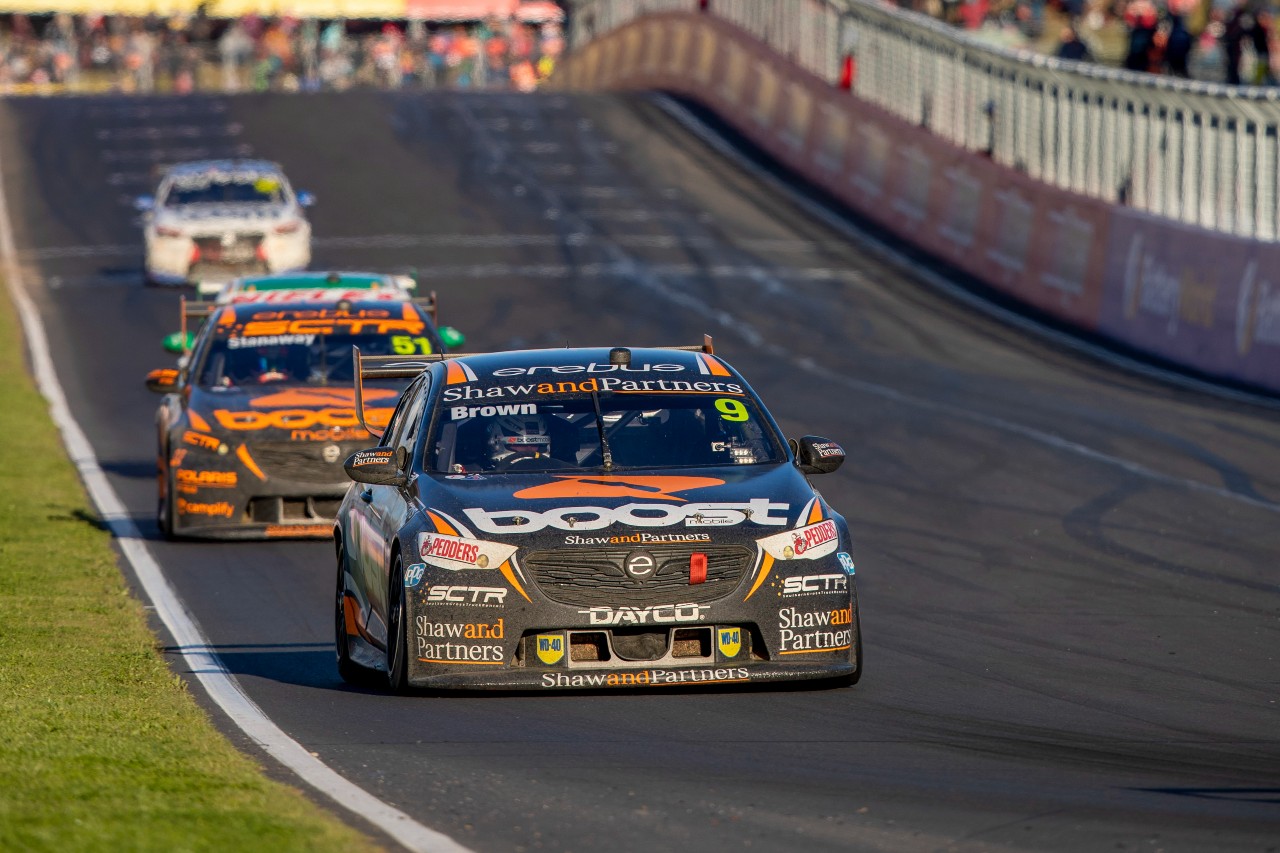 Three cars in the top 11 for Erebus at Mount Panorama

It came after all three Erebus cars, with Richie Stanaway in the wildcard, reaching the Top Ten Shootout.

Moore added that the Friday pace, and the Sunday repairs, gave the team confidence after what has proven a bruising campaign.

Brown only scored his first podium of the year at Sandown, before he crashed heavily in New Zealand.

That prompted a major repair job prior to the Repco Bathurst 1000, which initially placed the wildcard in doubt.

“It was very confidence-inspiring for the boys.

“A lot of effort and preparation went into getting three cars here.

“It was good payback for everyone who’s worked on it."