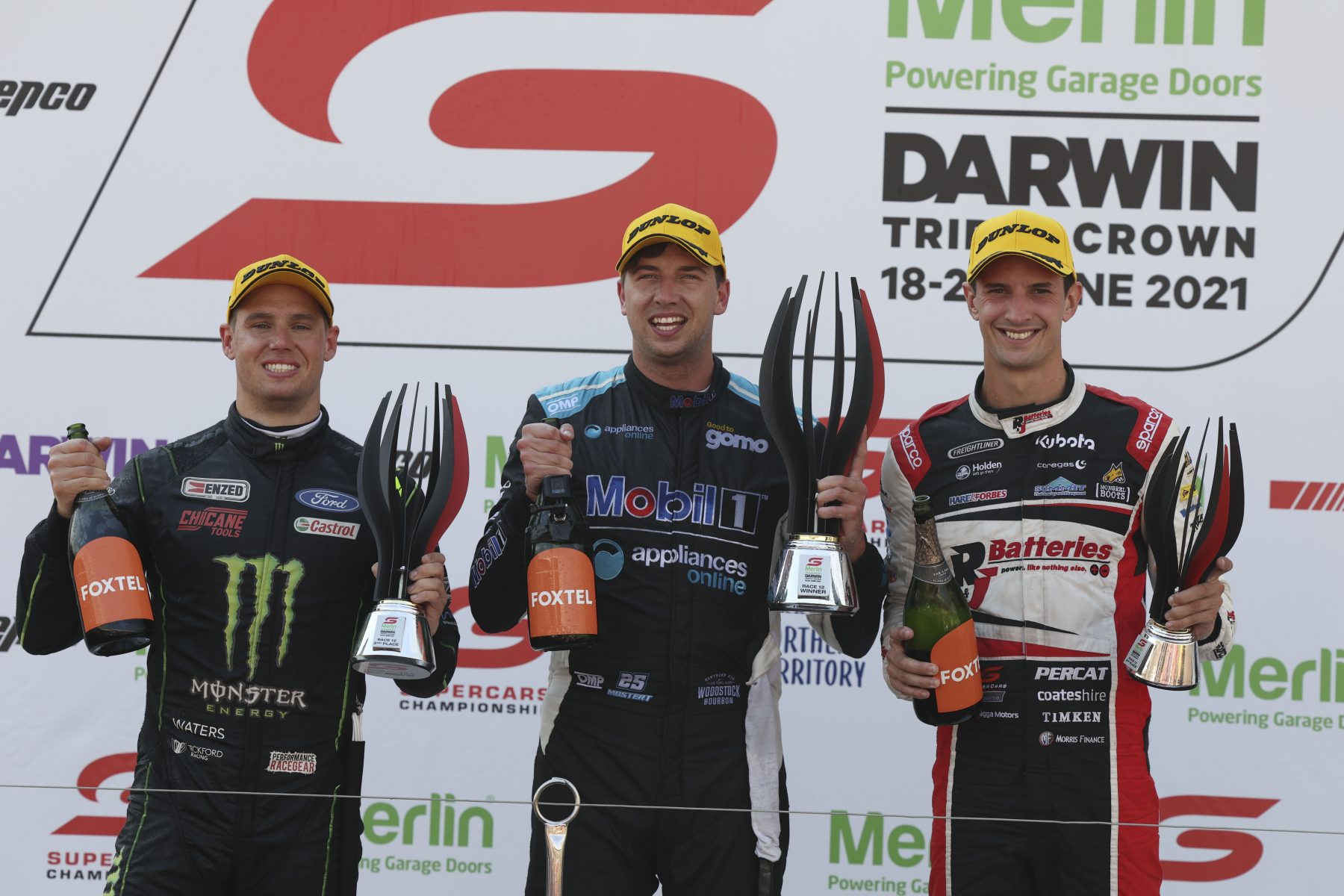 The Repco Supercars Championship heads back to the Northern Territory for this weekend’s sixth round of the 2022 season – the Merlin Darwin Triple Crown.

The event marks the first visit to Northern Territory this season, with Darwin to host its 26th championship event.

Drivers will be competing for the coveted Merlin Darwin Triple Crown, awarded to the driver that scores the most points across the weekend.

In a first for the sport, the Hidden Valley Raceway event will become the official Indigenous Round of the Supercars championship.

The Top End never disappoints when it comes to action, drama and controversy, and expect no different this weekend.

The Darwin event is headlined by three 38-lap races; one on Saturday, and two on Sunday.

Last time out in Winton we saw the resurgence of Cam Waters, with the Tickford Racing ace holding off SVG twice in three races.

Could this be a changing of the tide?

The first Darwin event on the new 2022 Dunlop Super Soft tyre compound will be the major talking point of the weekend.

With Hidden Valley a low degradation circuit, and with Darwin’s temperatures set for mid-30 degree Celsius, this weekend looms to be an engineer’s nightmare.

Walkinshaw Andretti United will be hungry for results in Darwin, after collecting no silverware in Winton last month.

Chaz Mostert arrived in Darwin with a pep in his step in 2021, fresh off signing a multi-year deal with WAU.

He backed it up with results at Hidden Valley Raceway, winning Saturday’s opener.

Before that, Darwin had been a thorn in WAU’s side; the team had not reached the podium at the circuit since 2013.

It’s been six races since Mostert was last on the podium, he now sits 429 points off the championship lead in sixth.

Considering Mostert’s turbulent 2022 so far, could Darwin offer him the happy hunting ground he needs?

Cam Waters will be keen to continue his season revival after a slow start to the season.

However, for Waters to score consecutive wins in 2022, he will have to win at a track that he’s never won at Supercars level before.

Darwin also presents a big challenge for Tickford, their last win came at the circuit in 2015.

The championship front runner is just 52 points behind second place Anton De Pasquale, expect Waters to be hot on their heels in Darwin.

The Shell V-Power duo were uncharacteristically off the pace in Winton, with both Mustang drivers missing the podium at an event for the first time in 2022.

Celebrating his 500th race this weekend, Davison will be keen to deliver a haul of championship points.

Can Reynolds break his duck in Darwin?

David Reynolds has made a big impact in 2022, edging towards his career-best numbers.

Although winless so far this season, the Penrite Racing driver has clocked up six podiums in Tasmania, Melbourne and Winton.

He sits fifth in the points, and he looks poised to improve.

Darwin was a nightmare for the team last year; Reynolds struggled to crack the top 20 across the three-day event.

However, given Penrite Fords have been on the pace at every round this season, Darwin offers the best chance yet for Reynolds to break his duck.