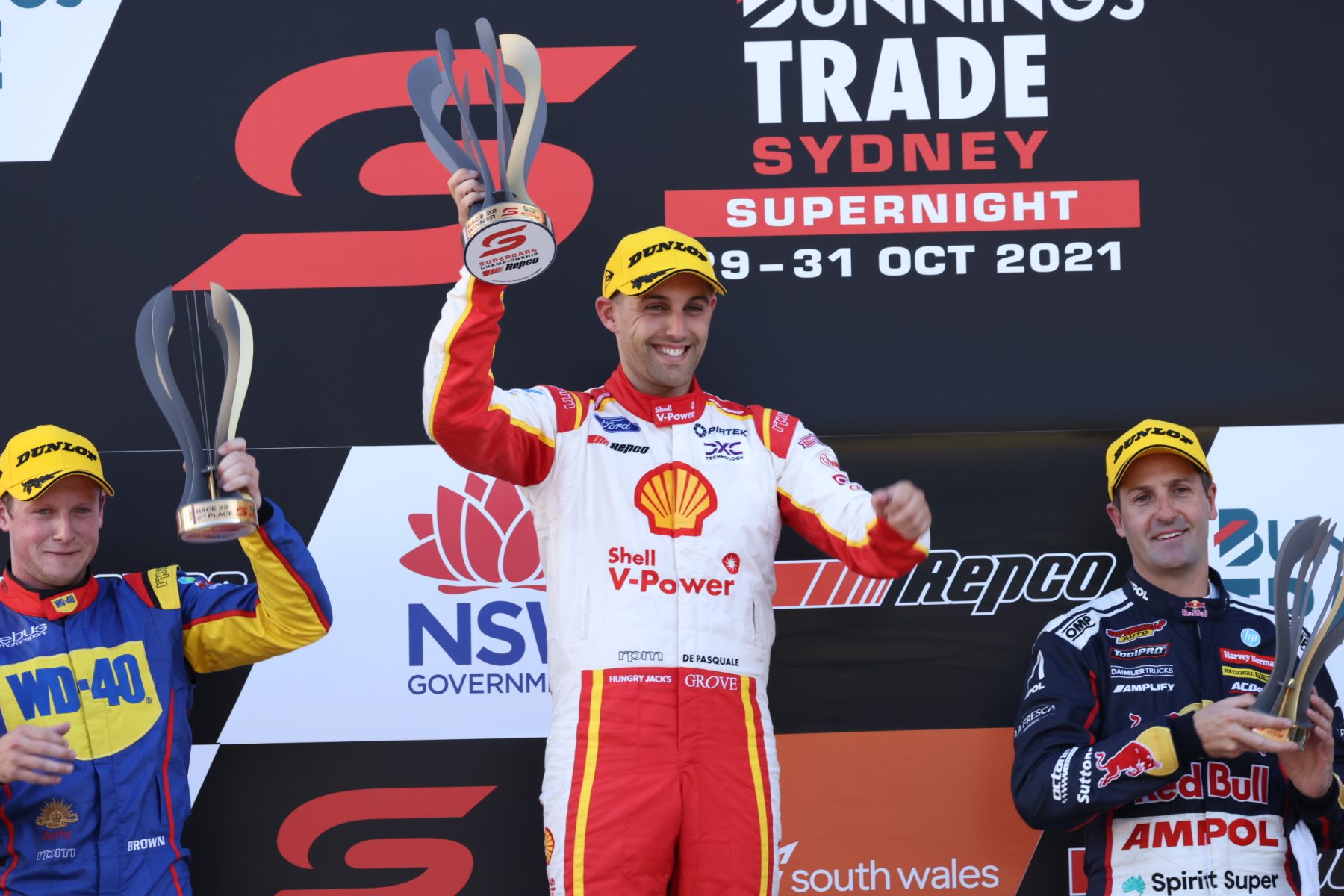 Supercars fired back into action for the first of four weekends of racing at last weekend’s Bunnings Trade Sydney SuperNight.

Anton De Pasquale was a cut above, dominating all sessions but one and claiming victory in Races 20 and 22.

The Shell V-Power Racing Team star was excluded from the Race 21 results amid a tyre mix-up.

Shane van Gisbergen continued his march to the 2021 title with finishes of second, first and fourth, and took an early lead for the Beaurepaires Sydney Cup.

Track action will resume at Sydney Motorsport Park on Saturday for the ARMOR ALL Sydney SuperNight.

The event will host three races - two of them under lights - across November 6-7.

Supercars.com breaks down the key storylines ahead of the ninth event of 2021 Repco Supercars Championship. 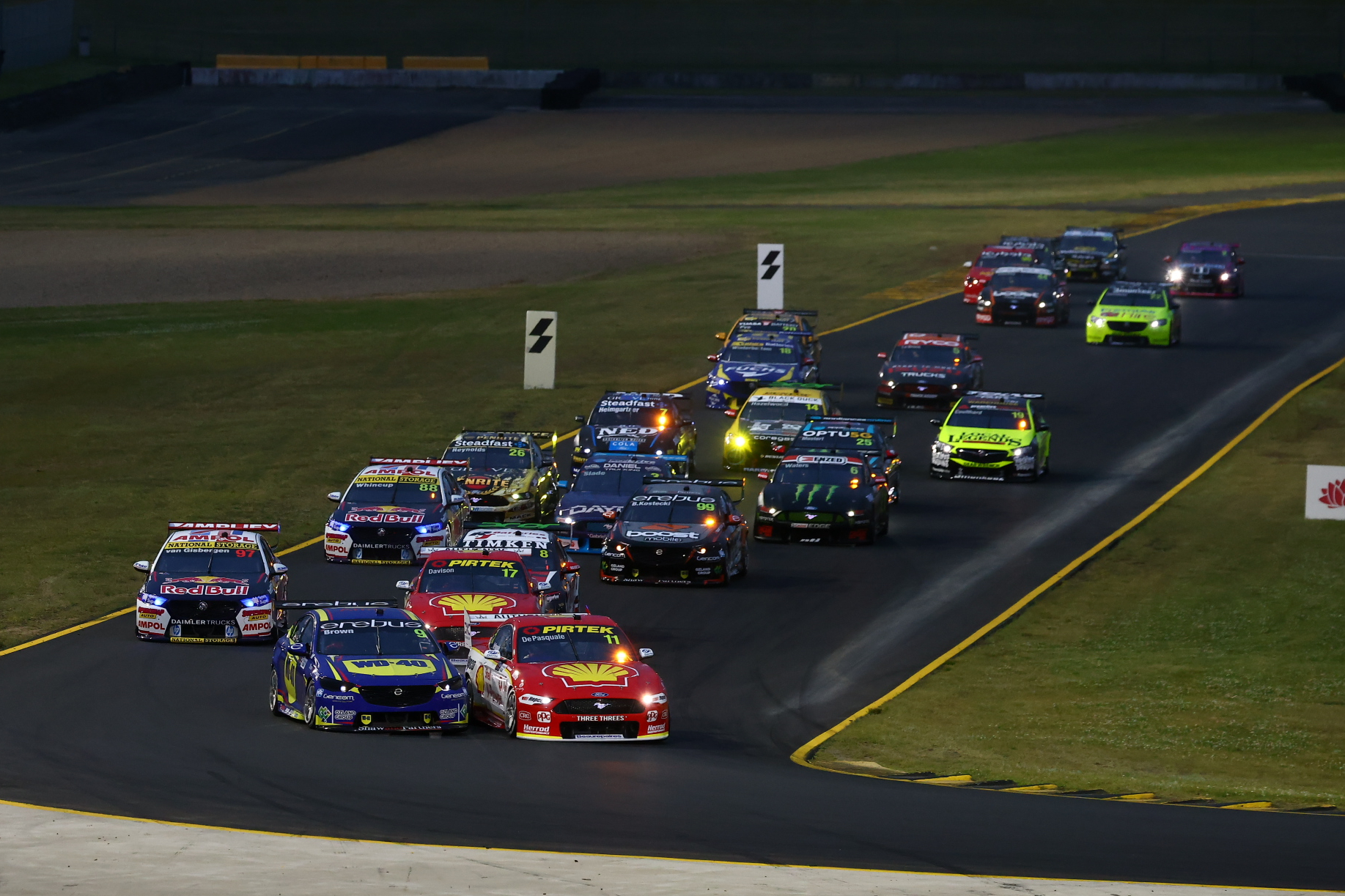 Both nights of the ARMOR ALL Sydney SuperNight will feature floodlit Supercars races.

The event will also feature the first race in championship history to be held on a Sunday night.

In another historic first at Sydney Motorsport Park, two races will feature under lights.

Qualifying for Races 23 and 25 will be critical; 11 of 13 night races have been won from the front row of the grid.

However, the weather is set to provide another twist; there is a 60 per cent chance of rain for Saturday, and 90 per cent on Sunday.

The last wet running at SMSP was in 2015, some years before many of the current Supercars field had their main game debuts.

Expect wet weather in Sydney to catch out some front-runners.

For the first time in 2021, teams will have a mix of Dunlop Hard and Soft compound tyres at their disposal.

Drivers will have five sets of the Dunlop Soft compound and three sets of Hards for qualifying and the 32-lap races. They must use both compounds in the race.

Weather pending, both compounds must be used in the race. At least two tyres have be fitted during the mandatory pit stop in each race. 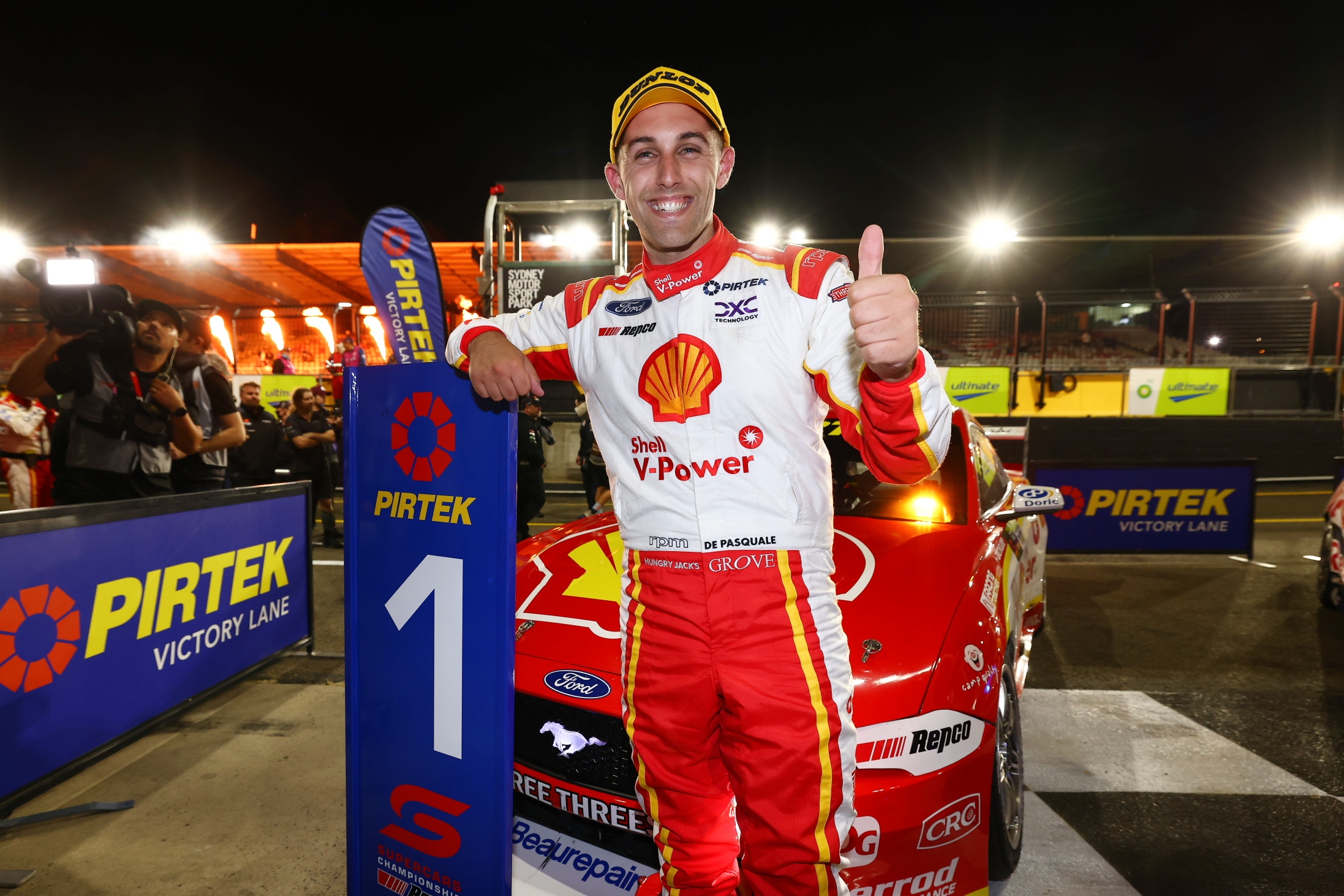 De Pasquale was a dominant force aboard the #11 Shell V-Power Racing Mustang when the 2021 season resumed in Sydney.

The 26-year-old claimed all three ARMOR ALL Pole Positions and two race wins.

He put 0.5s on his closest rival in Saturday’s Top Ten Shootout and nearly 0.7s on teammate Will Davison in Race 21 qualifying.

His only blip was Race 21; he made a poor start from pole and finished fifth, before being excluded for the team’s tyre mix up.

If the Shell squad can keep the #11 Mustang in the window this weekend, he will likely string together another successful Sydney event.

Can Tickford and WAU bounce back? 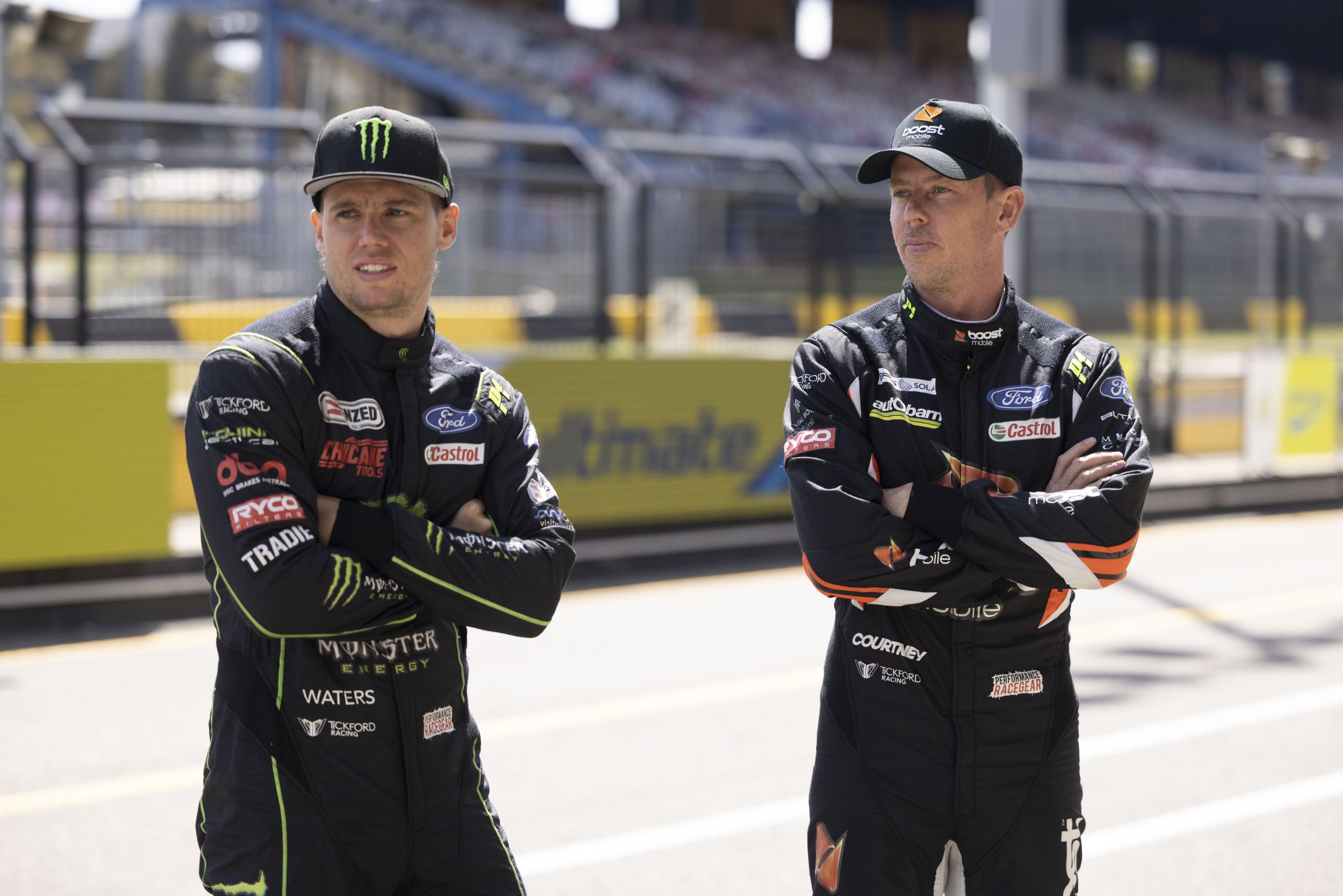 Cameron Waters and Chaz Mostert both endured weekends of woe in Sydney, with the former recording just one top 10 result.

Mostert scored finishes of sixth, seventh and seventh, with Waters finishing 13th in Race 20 and Race 21.

Both complained of a lack of pace across all three races; Waters appeared to turn a corner, making up six positions during the final 32-lap sprint.

WAU aceMostert said he was “happier” after the final race of the weekend, crediting a more responsive car allowing him to close the gap to the frontrunners.

The two will be hoping the trend will continue this weekend - otherwise, they could slip even further behind their rivals.

Has Whincup turned a corner? 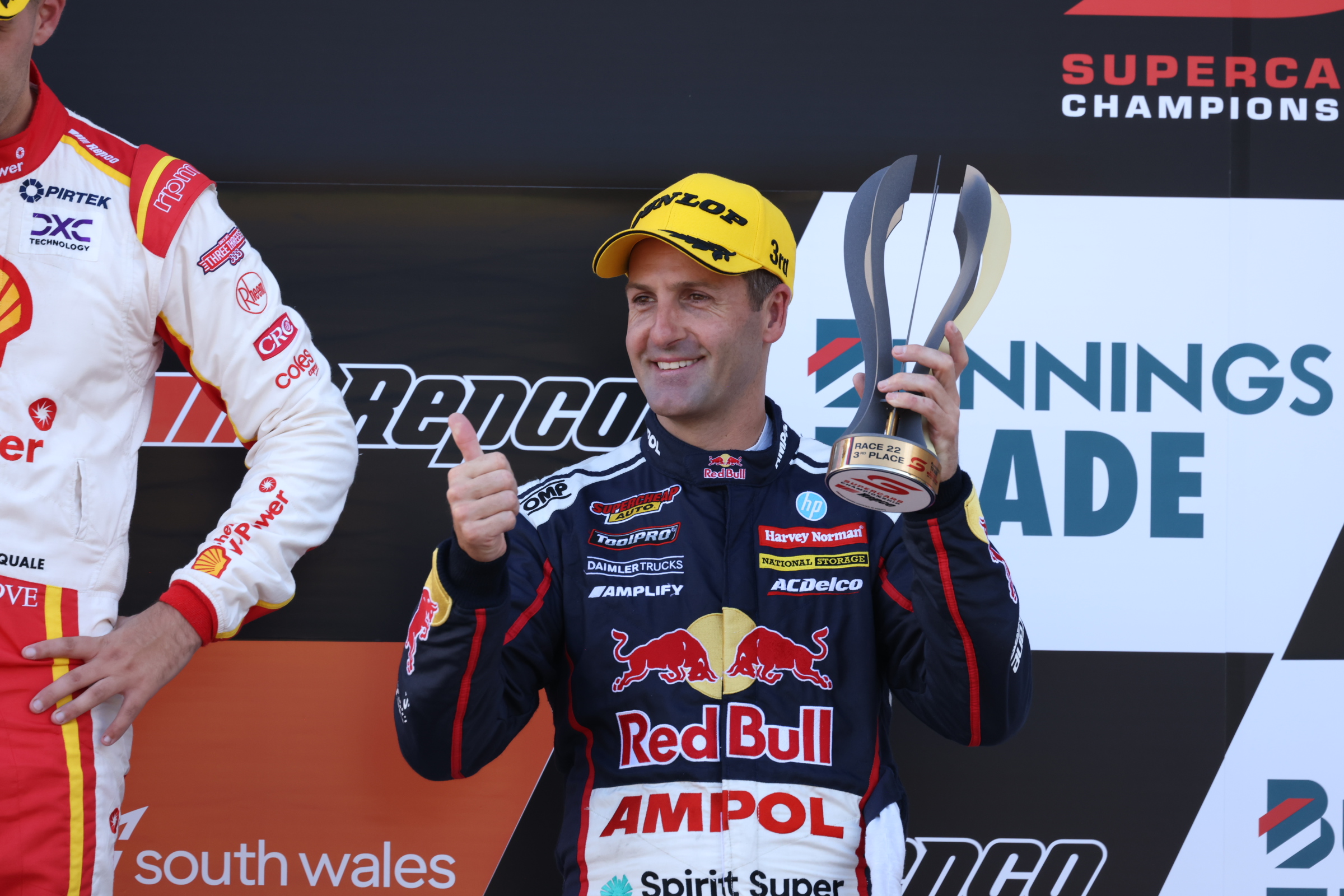 The seven-time champion admitted he was "relieved" to reach the podium in Sunday’s finale, pipping van Gisbergen to third.

On Sunday, Whincup seemed to rectify his lack of pace, after just scraping into the ARMOR ALL Top Ten Shootout ahead of Saturday’s race.

His best lap was nearly a second adrift of fast man De Pasquale, with Whincup just 0.152s from missing the shootout.

The tables turned in Whincup’s favour overnight; he qualified fourth for Race 21, with van Gisbergen sixth.

Whincup would then hold off van Gisbergen for third, his first podium since Race 18 in Townsville.

With his teammate continuing his charge to the 2021 title, Whincup will be hoping he has found something to keep van Gisbergen guessing.

The 2021 Repco Supercars Championship will resume this weekend at the ARMOR ALL Sydney SuperNight.

Tickets for the three upcoming Sydney events are on sale now.

How 'Class A' Slade is pushing Blanchard squad forward