There's a new award in town for the upcoming PIRTEK Enduro Cup in 2019; the AMAROK V6 Hard Charger.

It was announced last week that a partnership between Volkswagen Amarok and Supercars will award $15,000 to the driver pairing that gains the most positions during the three-part endurance season at Bathurst, Gold Coast and Sandown.

To have a baseline of what to expect this year, Supercars.com has run the numbers to see who the Hard Chargers were in the 2018 PIRTEK Enduro Cup.

Last year’s tally is based off three races rather than four, given that the second leg of the Vodafone Gold Coast 600 last October was abandoned due to torrential conditions.

The stars of 2018 were Scott Pye and Warren Luff, who this year will team up in Walkinshaw Andretti United’s #2 Commodore for the third straight season.

The duo made up 36 places across the three enduros last year, headlined by their Supercheap Auto Bathurst 1000 drive from 18th on the grid to finish second.

Next best were endurance specialists Craig Lowndes and Steven Richards, with 29 positions gained en route to the winning the PIRTEK Enduro Cup. 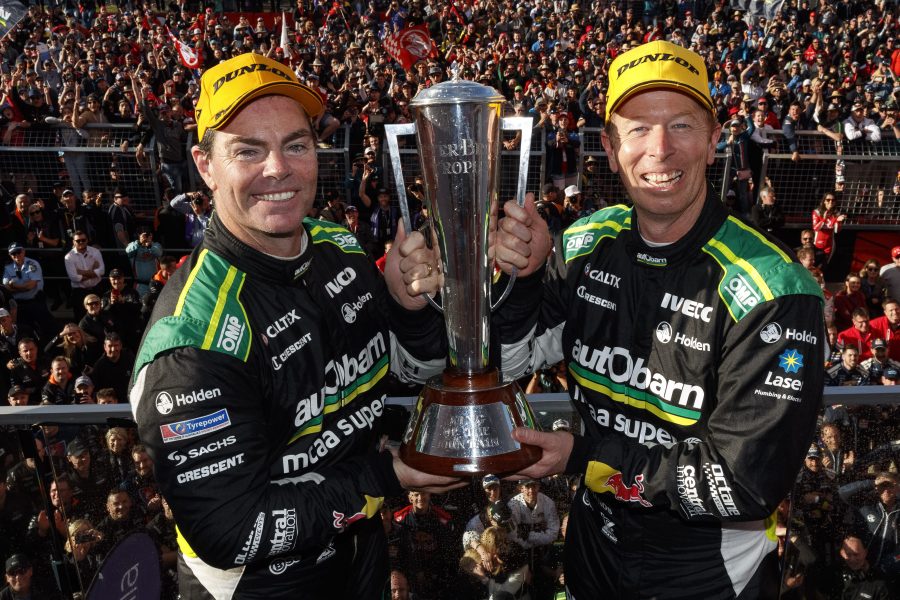 The pair made strong ground from their starting spot in every race, moving from 10th to third at Sandown, ninth to first at Bathurst and 16th to second on the Gold Coast.

Lowndes and Richards had made up more places than any other pairing in 2017, with 23, ahead of Tim Blanchard and Todd Hazelwood (21, excluding Sandown where they did not start) and Pye/Luff’s 18.

After teaming up for the past five campaigns at Triple Eight, Lowndes and Richards will be racing against each other this year; Lowndes stepping back to be Jamie Whincup’s co-driver while Richards reunites with Mark Winterbottom at IRWIN Racing.

A total of 12 pairings are set to carry over from last when the 2019 PIRTEK Enduro Cup begins at Bathurst on October 10-13.