The ‘only downside’ to Tander’s SVG partnership 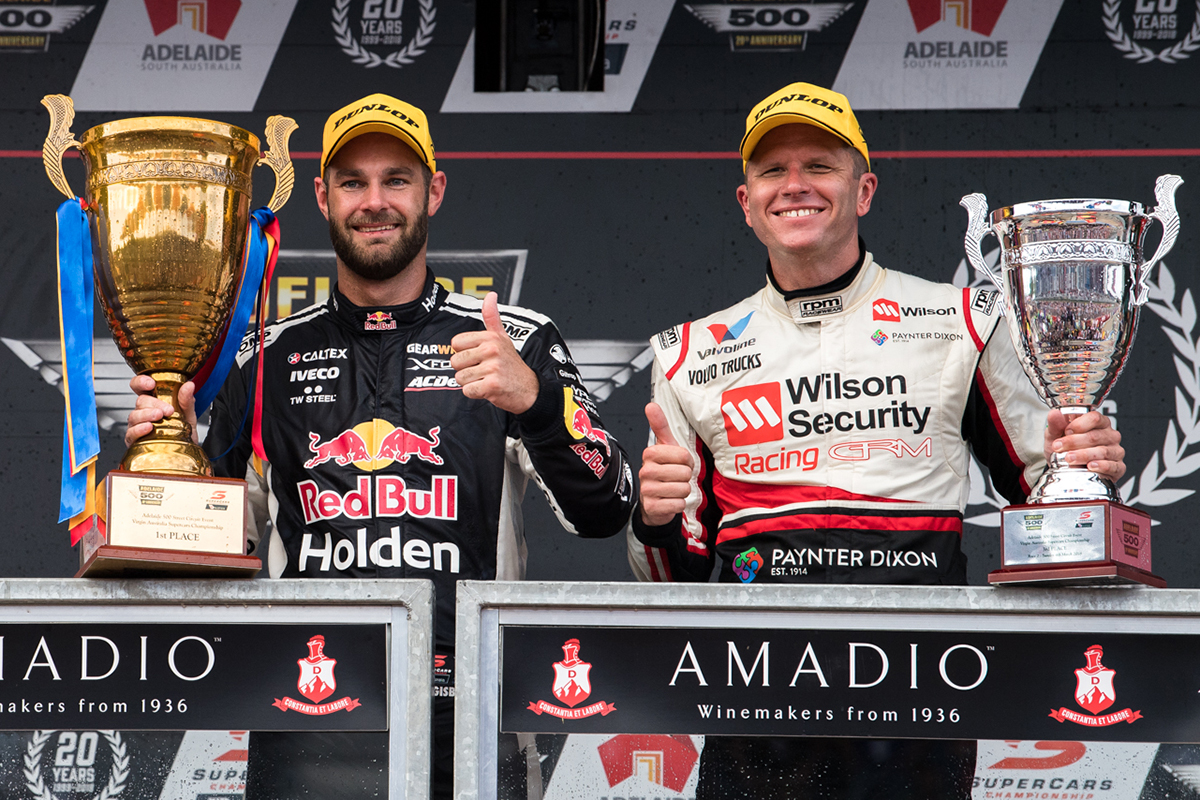 Garth Tander says missing out on racing Shane van Gisbergen is "the only downside I can see" to joining the Red Bull Holden Racing Team driver for the Supercars enduros.

One day after his shock exit from Garry Rogers Motorsport was announced, Tander was named as van Gisbergen's co-driver in a multi-year deal on Thursday morning.

While it was an abrupt end to Tander's full-time Supercars career, which began in 1998, he now completes Triple Eight's all-star PIRTEK Enduro Cup squad.

The three-time Bathurst winner joins van Gisbergen, chasing his first Great Race victory, while stablemates Jamie Whincup and Craig Lowndes have 11 between them including a 2006-08 hat-trick together.

Tander and van Gisbergen were team-mates – but not partners in the same car – in a handful of Australian GT events in 2014/15 with Tony Quinn's outfit.

Having relished fighting van Gisbergen on-track in Supercars for the last decade, Tander admits he'll miss that when they join forces.

"So while the Mountain doesn’t owe anyone anything, if you keep putting yourself up the front at that race, eventually the cards can fall your way.

"Between Shane and I, we will have a tonne of experience and plenty of determination to conquer not only Mount Panorama, but also the GC600 and Sandown.

"Whilst Shane and I haven’t shared the same car yet, we’ve been team-mates in Australian GT before, and already have a strong friendship and mutual respect.

"Ironically, it was Shane breathing down my neck when I won my last Supercars race at the Sandown 500 in 2016.

"I have always enjoyed racing against Shane, and the only downside I can see in this deal is that I don’t get to race against him on-track anymore!"

In what Triple Eight describes as "a two-year partnership at least", Tander is set to end van Gisbergen's run of different co-drivers.

Van Gisbergen has shared his Red Bull Commodore with three different drivers in as many years since 2016; Alex Premat, Matt Campbell and Earl Bamber.

Premat was poached by DJR Team Penske after a single campaign, while returns for Campbell and Bamber were scuppered by their sportscar schedules with Porsche.

None of that trio were based in Australia, an obstacle Tander won't have to navigate as he gets to know the team he's fought for the bulk of his career.

"Having Garth in Australia and already having a good relationship, it’ll be pretty easy to work well together quickly," van Gisbergen said.

"All this year he’ll be coming to test days and races to integrate himself into the team as soon as possible and we’ll do everything we can to get him up to speed and learn the Triple Eight philosophy.

"Continuing my theme, it’s a shame not to have the same co-driver again.

"Earl did a stellar job, but being a factory Porsche driver, some of the big races on his calendar conflict with ours again. He did an amazing job for us last year."