The mystery of Johnson’s ‘rock’ Falcon 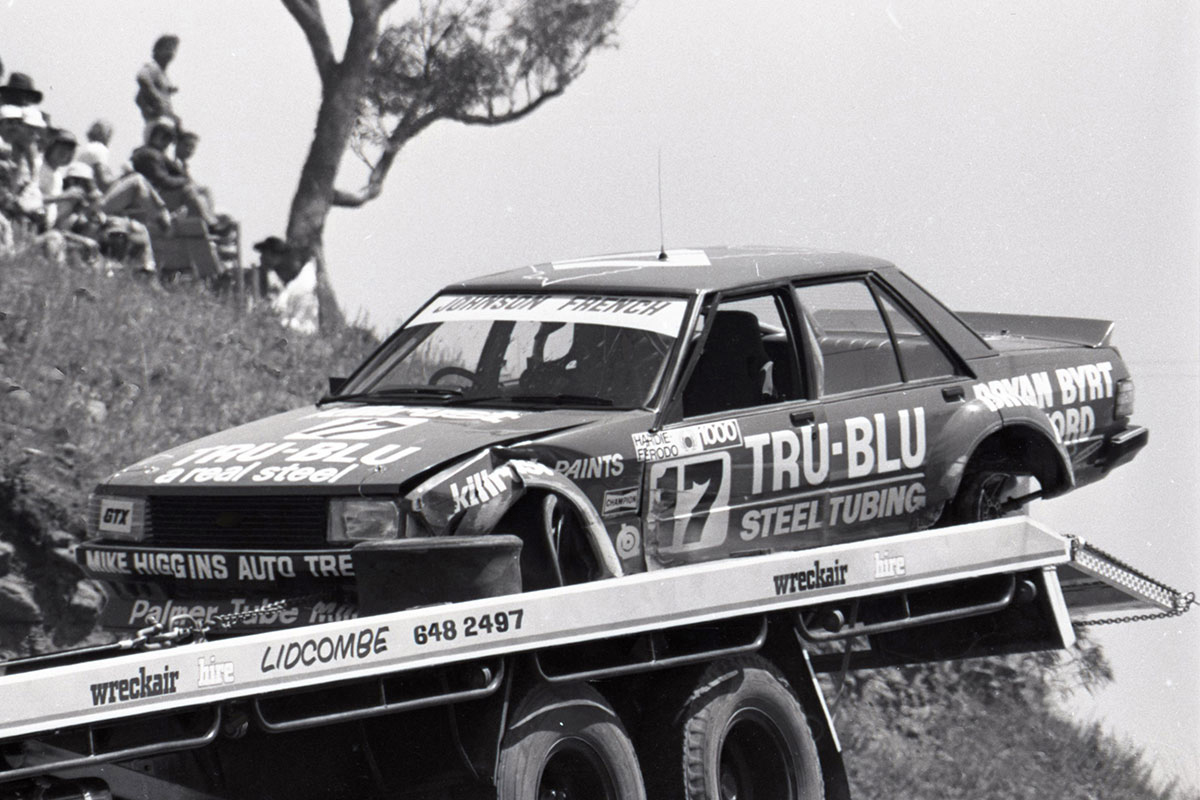 It's a car that played a central role in turning Dick Johnson into a household name, and starred in one of the most iconic moments in Bathurst 1000 history.

And it hasn't been seen in almost 35 years.

The car in which Johnson famously hit the rock while leading the 1980 Hardie-Ferodo 1000 actually continued to race – albeit not in the legendary Queenslander's hands.

While Johnson went on to sweep both the Australian Touring Car Championship and Bathurst 1000 in 1981 in a new car, his original XD Falcon was rebuilt and lined up at Mount Panorama a year after the 'rock' incident.

Queensland racer John English did a deal to acquire the damaged shell from Johnson, putting it back together and racing it with John Donnelly in the 1981 Bathurst 1000, below. 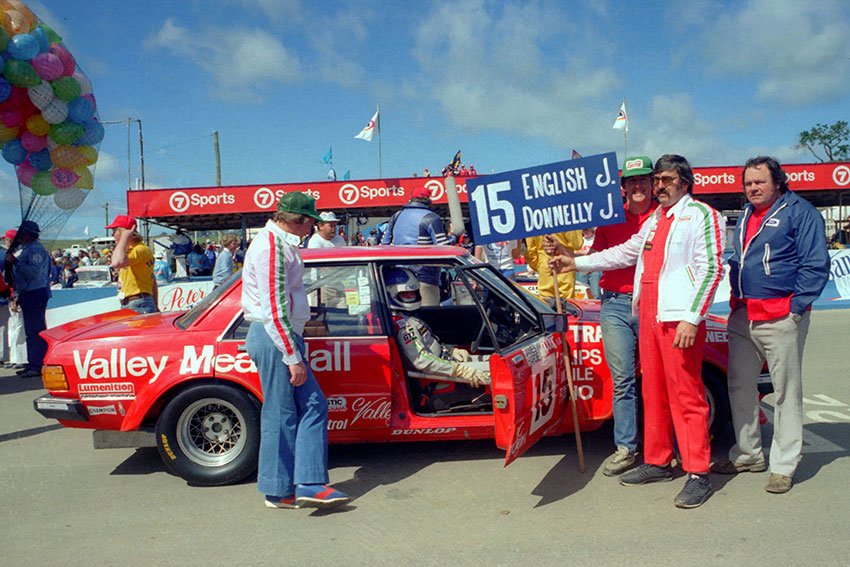 Donnelly then drove it at selected championship rounds and at Mount Panorama until the close of the Group C era at the end of 1984.

The car was then reportedly acquired by a highly-private new owner, who has apparently had the car tucked away ever since, in the same condition as it finished its last Bathurst 1000 in 1984.

It's a point that was raised with Johnson recently as he works with publisher V8 Sleuth for content on a new collector’s edition book documenting the history of DJR/DJR Team Penske’s race cars from the last 40 years.

"I am sad about it, to a point," Johnson said of his original XD.

"I wouldn’t mind having it right now because I could put it right next to the rock that took it to that point!

"It wouldn’t be too hard to restore it back to the way it was, that’s for sure." 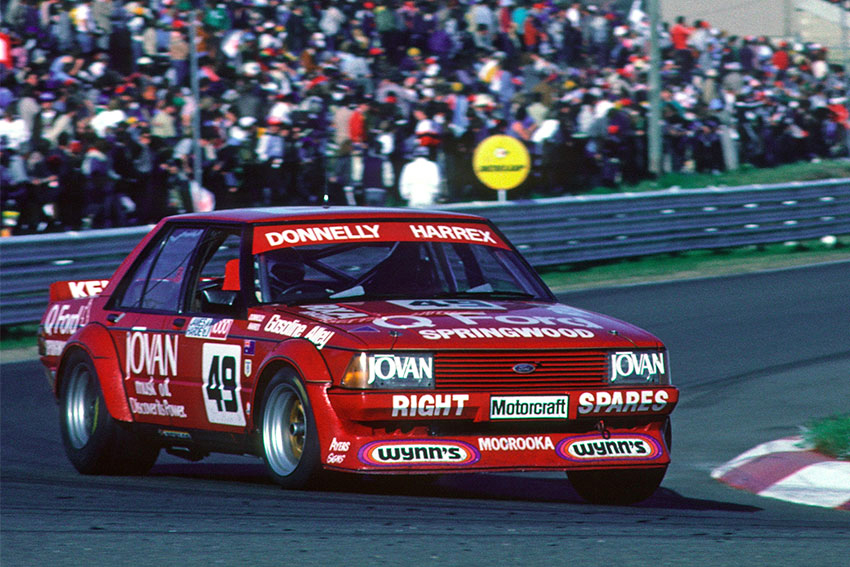 The build of the initial Tru-Blu XD came at a time when Johnson was at a career crossroads.

Long-time backer Bryan Byrt had died and the new management of his eponymous car dealership didn’t want to continue in racing.

With no sponsor and no car, courtesy of new rules rendering the XC Falcon uncompetitive, Johnson seriously contemplated walking away.

That was until an alternative came to him through his TV screen: the performance of Garry Willmington’s privately-run XD Falcon in the opening ATCC round of 1980 was all the encouragement he needed.

Initially, Johnson actually tried to buy Willmington's sky-blue car when it headed north for the Lakeside round but he wasn’t interested in selling.

So Johnson did a deal with John Harris, the new boss of Bryan Byrt Ford.

$35,000 and a new mortgage on the Johnson family home later, he was the proud owner of the components to build his potential Bathurst-winner.

"The shell was a 302 automatic, a highway patrol car from up around Maryborough, Queensland, that Harris bought at an auction," Johnson said.

"He’d give me the two-door Falcon race car and all the spare parts and engines, but I had to return the two-door to him with the bits from the 302 auto – and he sold it as a second-hand road car."

The iconic blue XD, built in the Johnson family garage, did make him a Bathurst legend – albeit not in the way he'd hoped.

Johnson's bid to win the 1980 Bathurst 1000 famously came undone when he hit a rock while leading on lap 18.

The devastating blow played out in front of a live television audience.

It triggered a wave of viewer donations – matched dollar for dollar by Ford Australia – that allowed him to build a new XD Falcon that he used to claim his first championship and Bathurst wins in 1981.