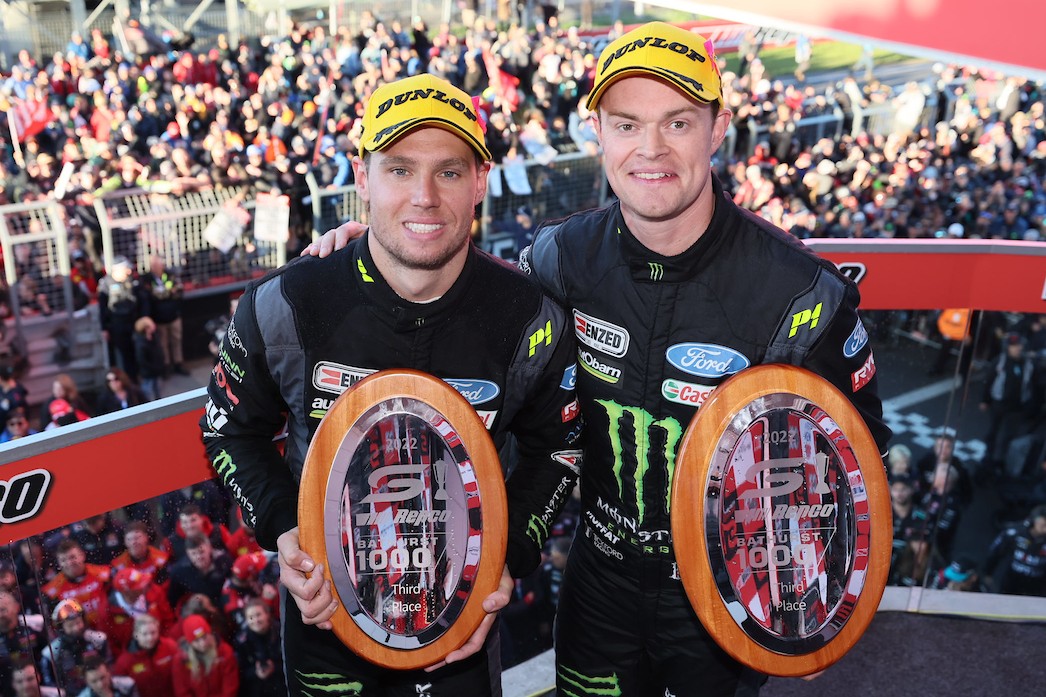 With as little as 34 laps remaining on Sunday, Shane van Gisbergen was in position to clinch the 2022 title.

Waters had to finish fourth or better to take the title into Surfers Paradise should van Gisbergen win.

A Todd Hazelwood crash on lap 119 saw the field compressed.

When the race restarted on lap 123, Waters was fifth in the queue, and the title was van Gisbergen’s for the taking.

On lap 127, Waters got an overlap into The Chase, and Feeney ran off the road.

Waters moved back into position to keep the title fight alive, with Feeney dropping behind Lee Holdsworth in sixth.

On lap 141, a Will Davison crash - also at Griffin’s Bend - compressed the field.

Chaz Mostert jumped Brodie Kostecki in the pit cycle, with Waters fourth when the race went green with 15 laps left.

It consolidated his title hopes, but could make no further progress as van Gisbergen led home Mostert.

Waters and James Moffat finished on the podium for a second year running, Waters personally for the third time.

It came after Moffat was turned around by Kostecki at The Cutting fighting for effective lead on lap 46.

Van Gisbergen may have scored a record 19th win of the season, and second Bathurst win.

However, Waters made two crucial overtakes which at least prevented van Gisbergen sealing the title.

Van Gisbergen heads to the Gold Coast 567 points ahead with 600 available.

While a third championship seems a formality, Waters’ late fight ensured van Gisbergen had to wait a bit longer.

“We gave it everything we had,” Waters said.

"We had a fast car all day, then obviously Moff got turned by Brodie in the middle of the race.

“It became a battle after that to get back to the front.

"It was awesome to get back up there, but obviously we’re still disappointed to come up short of the win.

"I guess that’s Bathurst, it throws crazy things at you and there’s always a story.

"It’s cool to be consistent here the last few years and always be in contention.

“But yeah, disappointed not to be on that top step."