Scott McLaughlin and DJR Team Penske knew with two laps remaining in the Newcastle opener that their hopes of victory were about to evaporate.

McLaughlin had effectively led the race since lap 43 of 95, when title rival Shane van Gisbergen was forced to complete a third pitstop to meet the 140-litre minimum fuel drop.

However, van Gisbergen rapidly closed down McLaughlin’s lead in the dying laps while the Shell Ford driver saved fuel, before sweeping through two corners from home.

McLaughlin limped to second, to hold a two-point championship lead into Sunday's final, pending the result of an investigation into van Gisbergen’s final pitstop.

He later said he’d been saving fuel throughout the entire final stint, but only realised with two laps to go just how dire the situation was.

“I had a warning with two laps to go that I knew we were pretty close,” admitted McLaughlin post-race.

“The last lap, out of the first corner I had fuel pressure go. I was 'oh, I'm going to be struggling to make it around here'.

“I just really conserved the whole way and I basically clutched it all the way, as soon as I got over the brow, thankfully this place has got a bit of undulation.

“There was no point for me to block Shane. I wanted to, the racer in me wanted to, but I thought 'I've just got to get home', because I knew where was potential I wouldn't make it.

“I ran out of fuel as soon as I went under the lights. That was my last two laps.” 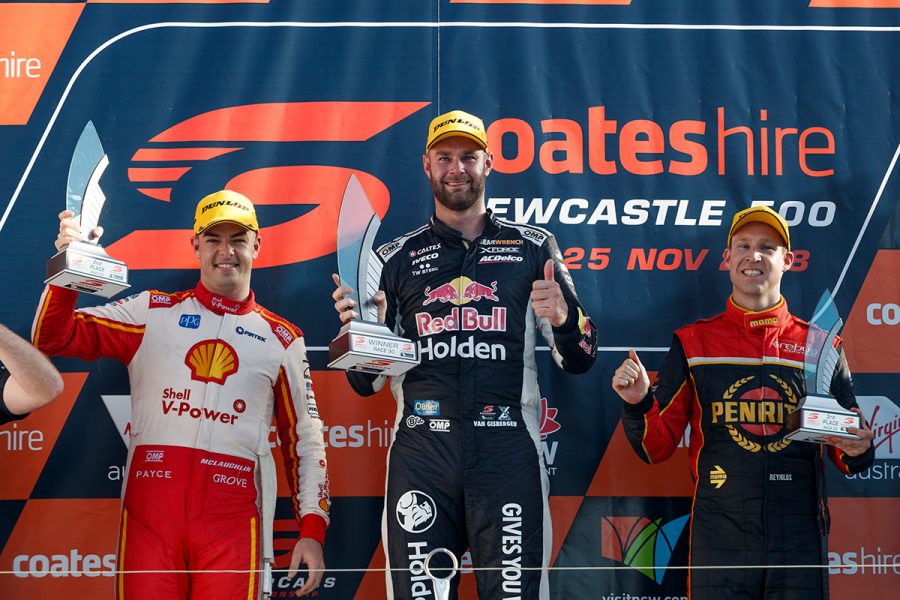 Story indicated the outcome on the last lap was no surprise to the team, claiming “we knew it was happening with a couple of laps to go”.

“The numbers were telling us we were good, in the end we missed it by a corner and it cost us the win.”

Asked whether there was a degree of bluffing in his earlier remarks to the television broadcast, he said: “It’s fair to say that confidence is part of motor racing.

“We knew that we were going to have to do some saving to get to the end, and in the end it wasn’t enough.

“Scott did everything we told him to do, but we missed it by a corner. It was marginal, but on the wrong side of marginal.”

McLaughlin added that an increase in the frequency of radio messages from engineer Ludo Lacroix in the closing laps was his clearest sign of trouble.

“I think they were trying to keep me more calm than they were, and not giving too much away,” he said.

“We were running the gauntlet a little bit and it just didn't pay off.

“I knew it was getting real close because Ludo did not stop talking the whole two or three laps.”