Macauley Jones has given fans an insight into the frightening experience he endured at the recent Beaurepaires Melbourne 400.

In his regular email column, Jones addressed the heavy crash he had near the end of Practice 2 at Albert Park, caused by a brake failure.

The 25-year-old was visibly shaken by the incident, and his #3 Team CoolDrive Commodore was ruled out of the two Thursday afternoon qualifying sessions.

“We had just fitted a new set of tyres and I was heading down the main straight to start the lap off,” Jones wrote.

“Heading into turn one braking at around the 150m board, I hit the brake hard with about 70-80kg of force, only to find out that the pedal was going to the floor.

“The brake line had gotten a cut on it from coming into contact with a moving part on the rear drive shaft.

“Now this situation, for a race car driver, is one of the worst feelings you can have.

“You feel helpless, a bit of a passenger. Skipping across the top of a sand trap and not feeling like you're slowing down at all. Staring at the fence you will inevitably be hitting. 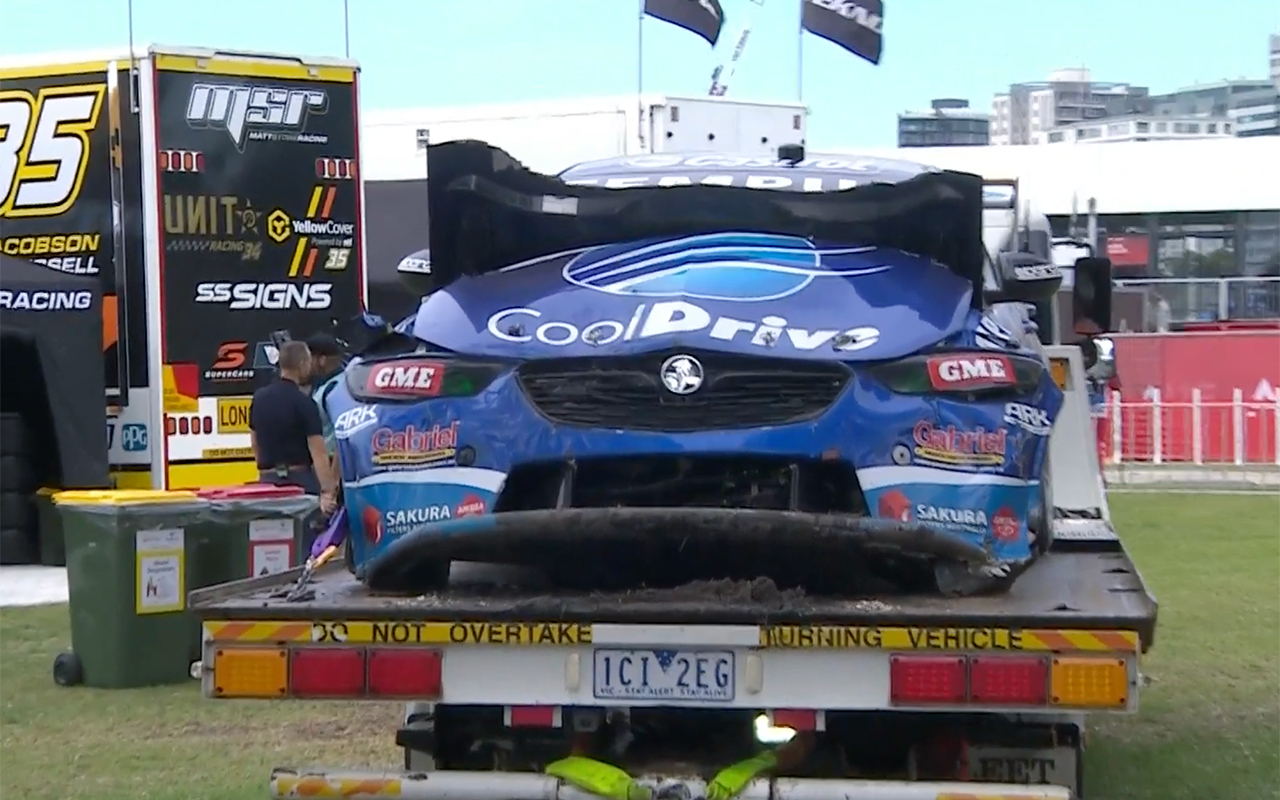 “It took seven seconds from the time I hit the brake pedal to the time I was front first into the tyre wall on the outside of turn one.

“Seven seconds doesn’t sound like a long time, but in those circumstances it feels like a lifetime.”

With his Holden repaired overnight, Jones was eager to start afresh for day two at Albert Park before the entire Grand Prix was called off.

“It would have been nice to get behind the wheel again so that the last thing I remember isn’t an accident, but rather the feeling of being on the edge driving a race car,” he wrote.

A chance to erase that memory will come in the Supercars All Stars Eseries.

The full field of main game drivers will take part in a special online racing series while on-track activities are postponed due to the COVID-19 pandemic.