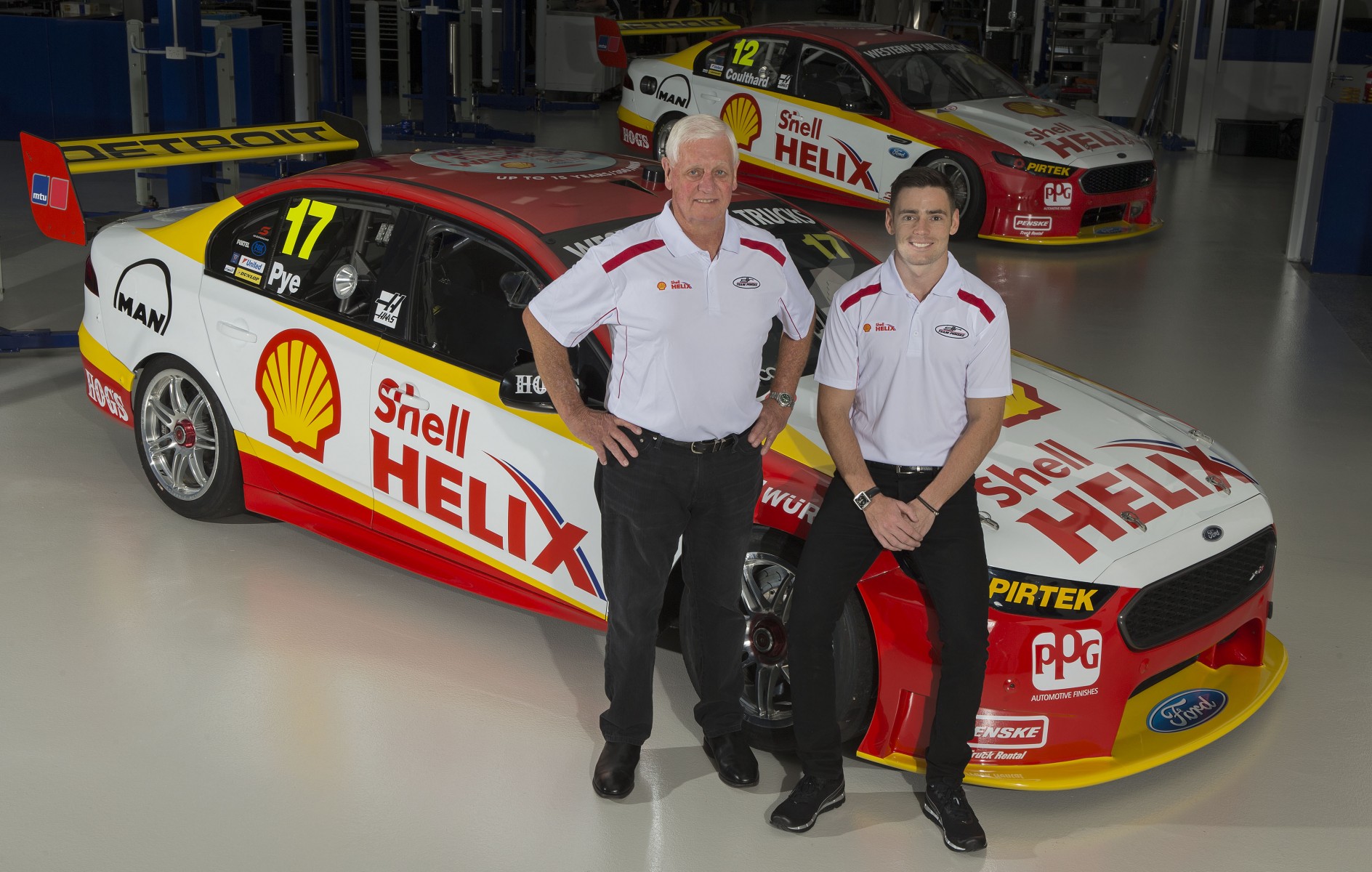 Scott Pye’s focus at the Clipsal 500 will be very different this time around.

Last year at his home race in Adelaide, the DJR Team Penske driver was conducting with garage tours and would meet motorsport icon Roger Penske for the first time.

Returning star Marcos Ambrose was suiting up to do the driving, with crowds in tow, while Pye had to bide his time for an opportunity come the enduros.

A fortnight later, it all changed. Ambrose was out, and Pye was tasked with rescuing a struggling Ford Falcon.

Fast forward to Bathurst and he was a standout. The result didn’t come, but the performance was so impressive it landed Pye a seat with DJR Team Penske this season alongside Fabian Coulthard in an unexpected expansion.

Pye earned his and the team’s first podium in New Zealand and is hopeful of carrying that momentum into the season opening Clipsal 500 next month – where he will be credited with a round start, this time.

“It’s funny, last year I rocked up at Clipsal and I was doing all the garage tours and meeting all the sponsors. My focus was very different that weekend but it changed quickly and I think throughout the year we managed to achieve some really good things,” Pye told v8supercars.com.au.

“The turnaround we made with the car’s performance was a real credit to everyone. The team worked really hard last year to turn it around.

“Even though you say you’re not putting any expectations on yourself, everyone does.”

Pye completed a ride day at Queensland Raceway early in the week and will test his Ford Falcon FG X next week ahead of the season opener at one of the most gruelling circuits on the V8 Supercars calendar.

“At Clipsal I feel quite comfortable, it’s one of my favourite places,” Pye said.

“Obviously it’s the home town for me. I was really disappointed not to be on the grid last year but I’m really excited about it [this year]. Every time I’ve gone there I’ve had quite strong runs, I’ve had top 10s there.

“I think this year is definitely the strongest we’ll be rocking up to that event. It’s funny to think that I have [done] one less than everyone else, but I’m really excited about getting back on track.”

Looking back on 2015, Pye is pleased with what he achieved on many levels – but Bathurst was the jewel in the crown.

“For me that was probably what I was most proud of last year. They had committed to running one car, I had been told and I was looking for drives elsewhere, and then that Bathurst performance I guess changed that.

“It’s something I’ve reflected on now that I’m proud of – Bathurst, that first weekend was the turning point going from one car, to convince them I was a worthwhile investment.

“I hope this year I can really get the results.”

Last year was Pye’s third in V8 Supercars, and he feels he cemented himself as a long time player in the category. The turnaround was a big ask – one he handled well.

“[I] Really enjoyed the challenge, it was great working with Marcos and when we got in we both realised that the car’s not really where it needs to be … I’m really proud of what I did here last year.

“I think as a driver I developed a lot as well. It was nice at the end of the year to finally get a car that was capable of getting good results and it showed that, all along, I’ve backed myself and … proves to everyone that I’m capable.”

The opportunity to step back into the car full-time helped Pye stay in a position to secure a seat on the grid for 2016 – but after his performance at the Supercheap Auto Bathurst 1000, running amongst the top five before a mechanical issue, Pye had a home.

“It would’ve been a lot harder [to find a seat] if I was still a co-driver. Getting the opportunity to race full time as the main driver was obviously what I needed … I proved with the car coming along as well I was able to run at the front consistently and I could be a driver in the category long term.

“So there was interest [from other teams], which was great, and obviously I was pretty happy with that.

“Obviously I wanted to stay where I was, so it was mixed emotions really – it was nice to have the interest, but that’s what happened at the end of the day.”

While expectations are measured at DJR Team Penske, Penske heavyweight Tim Cindric wants to see more podiums and consistency from Pye and Coulthard.

“A lot changed from Clipsal to Bathurst … we probably finished the season right where we wanted to be,” he said.

“At the end of the day when you reflect on it, last year was never going to be about winning the championship, it was just making sure we finish the year in a strong position so we roll out [well] in 2016.”